The modifications of the existing building of Terminal 3 relate to the modification of outdoor spaces as well as a new layout solution on the ground floor, with a new interior.

Terminal 3 was built in 1996 in a style typical of that time, which was reflected both in the shape of the building and in the chosen materials and colors. The assignment was to create a strong significant expression of the object towards the airport area while simultaneously separating individual operational functions.

On the “airside” side, this meant designing new entrances to the building, redesigning ramps and staircases to allow VIP operations, arrivals, departures and excursions to function separately. This division of functions is also matched by the extent of the new roof, which now provides cover for all entrances to the building. Due to its expressiveness, it becomes the dominant element of the entire building from the “airside” side.

On the “landside” side, the proposal addresses only minor modifications. It is primarily a new surface, new areas with greenery are also created to create a more welcoming impression at the entrances.

Modifications of the interior spaces concern only the 1st floor. This is mainly about separating the individual functions so that the building functions according to the new current requirements for the operation of the terminal. Emphasis is placed on creating a VIP zone, in addition to the entrance hall and exit to the “airside”. 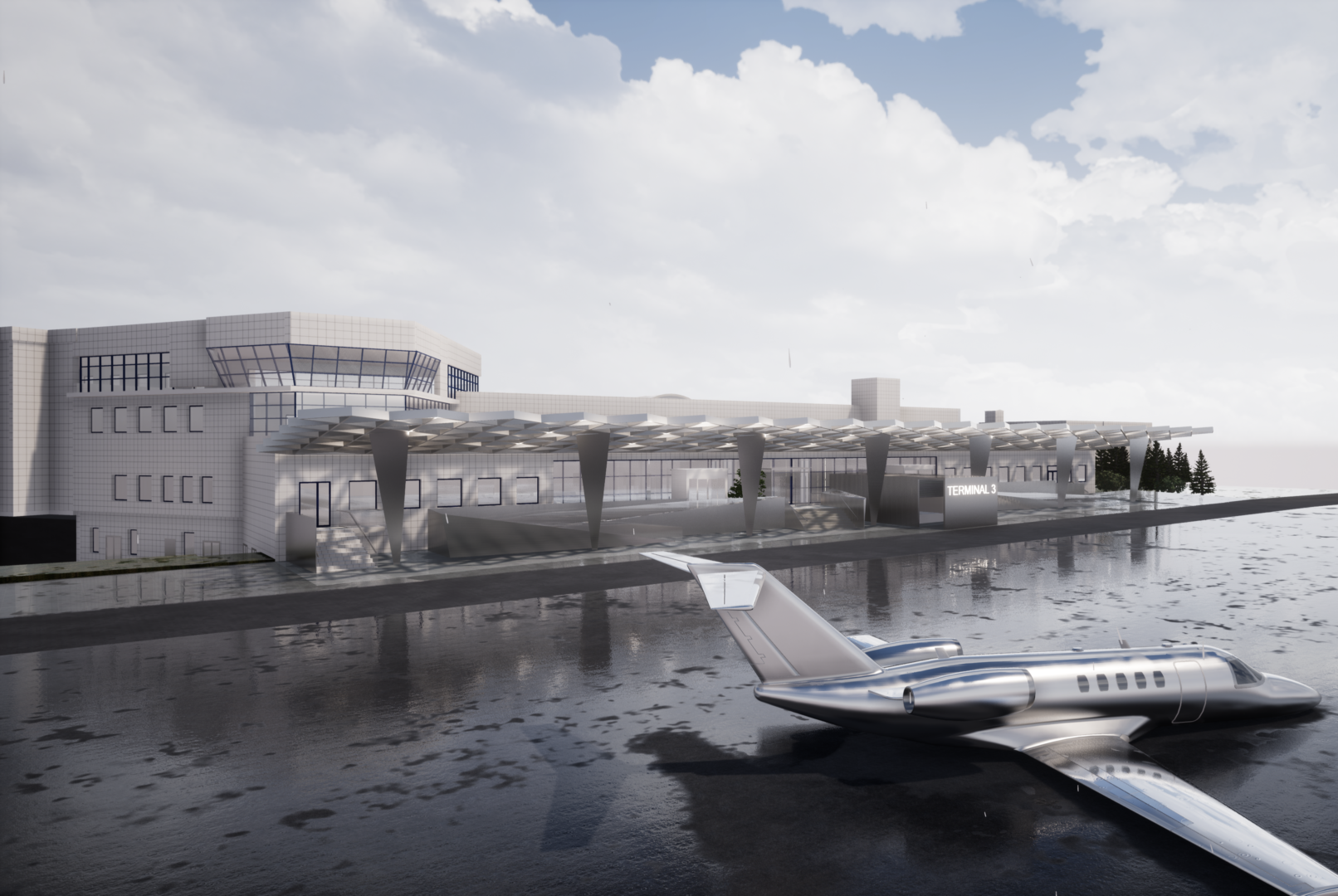 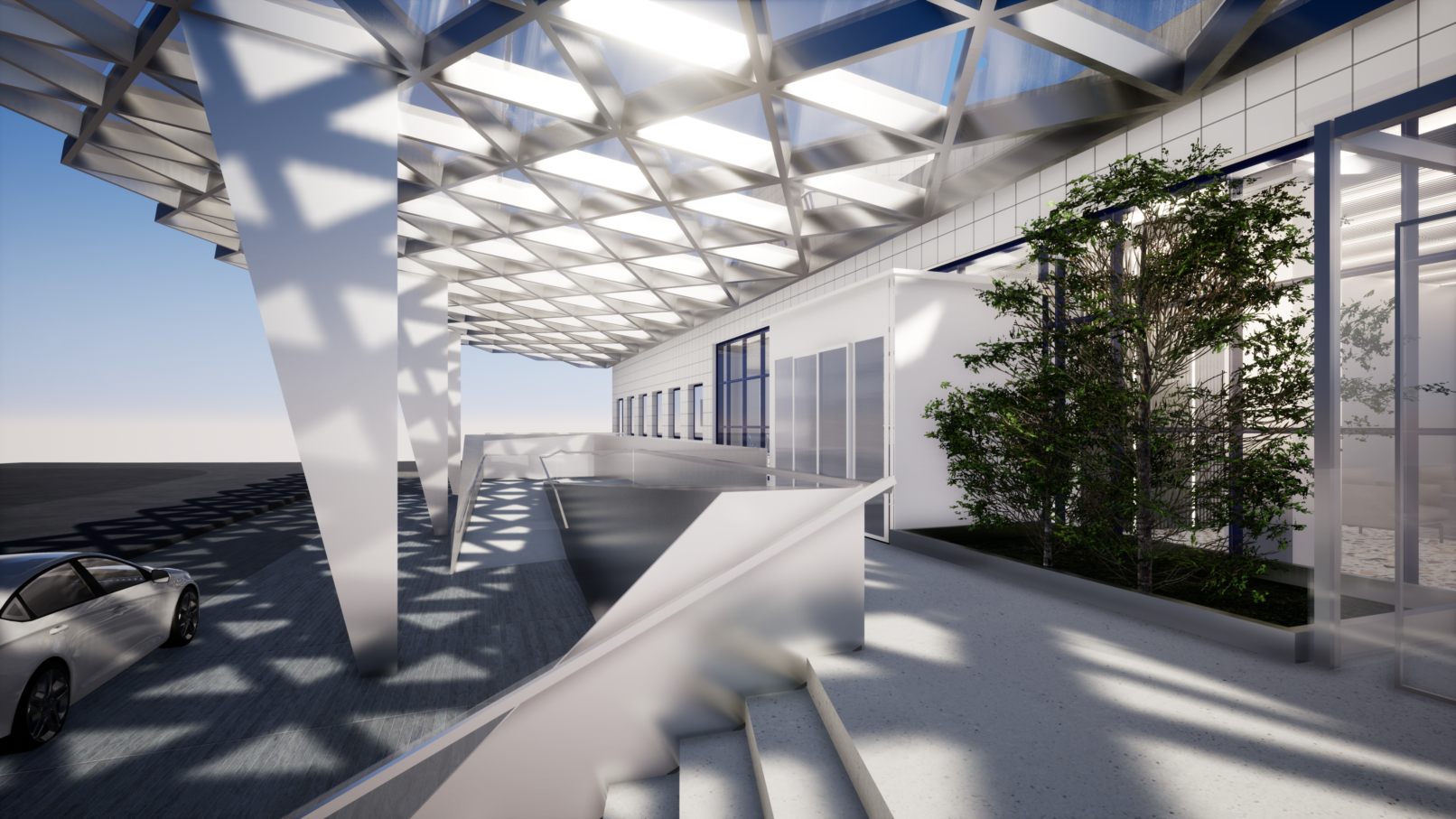 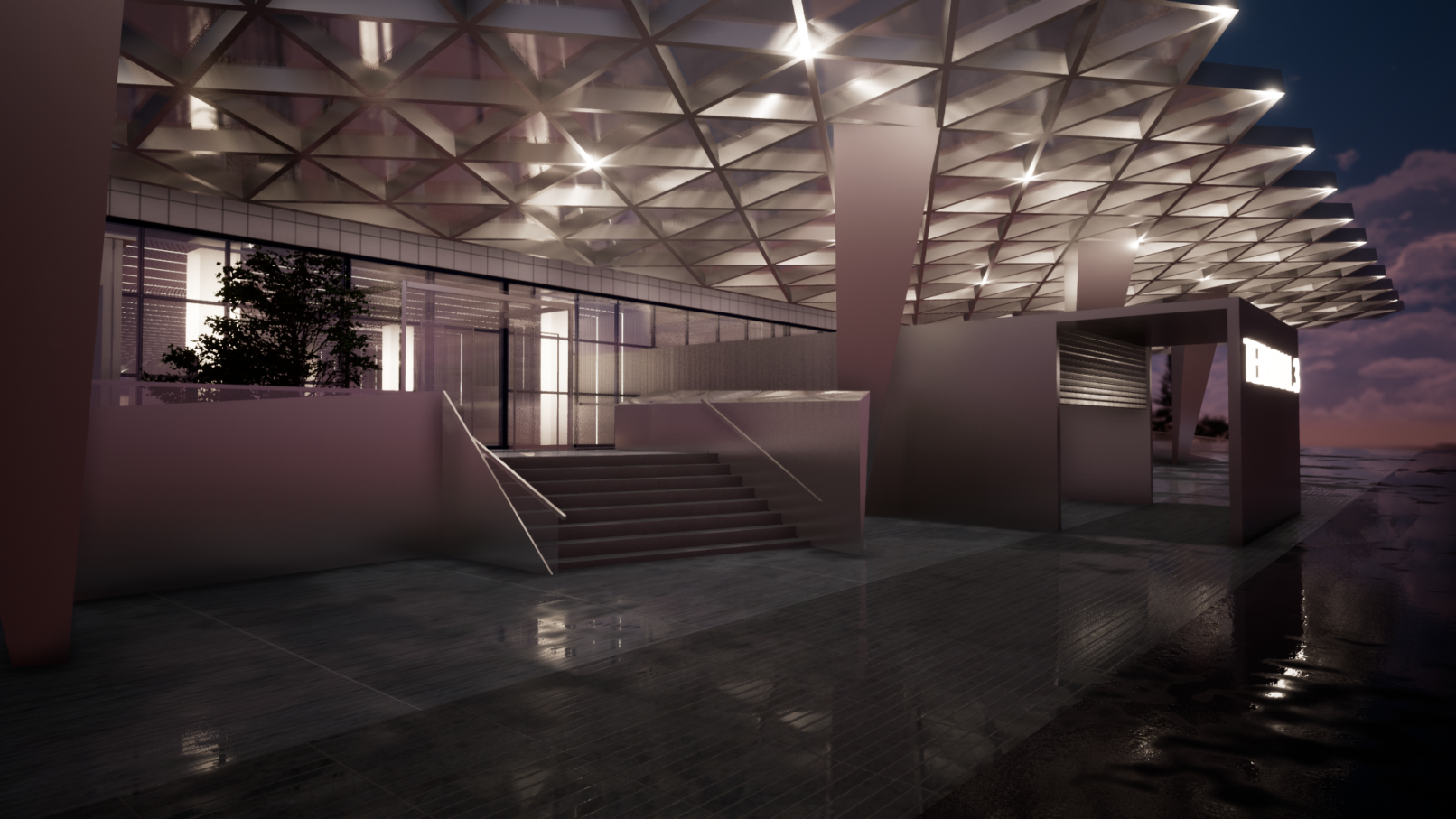 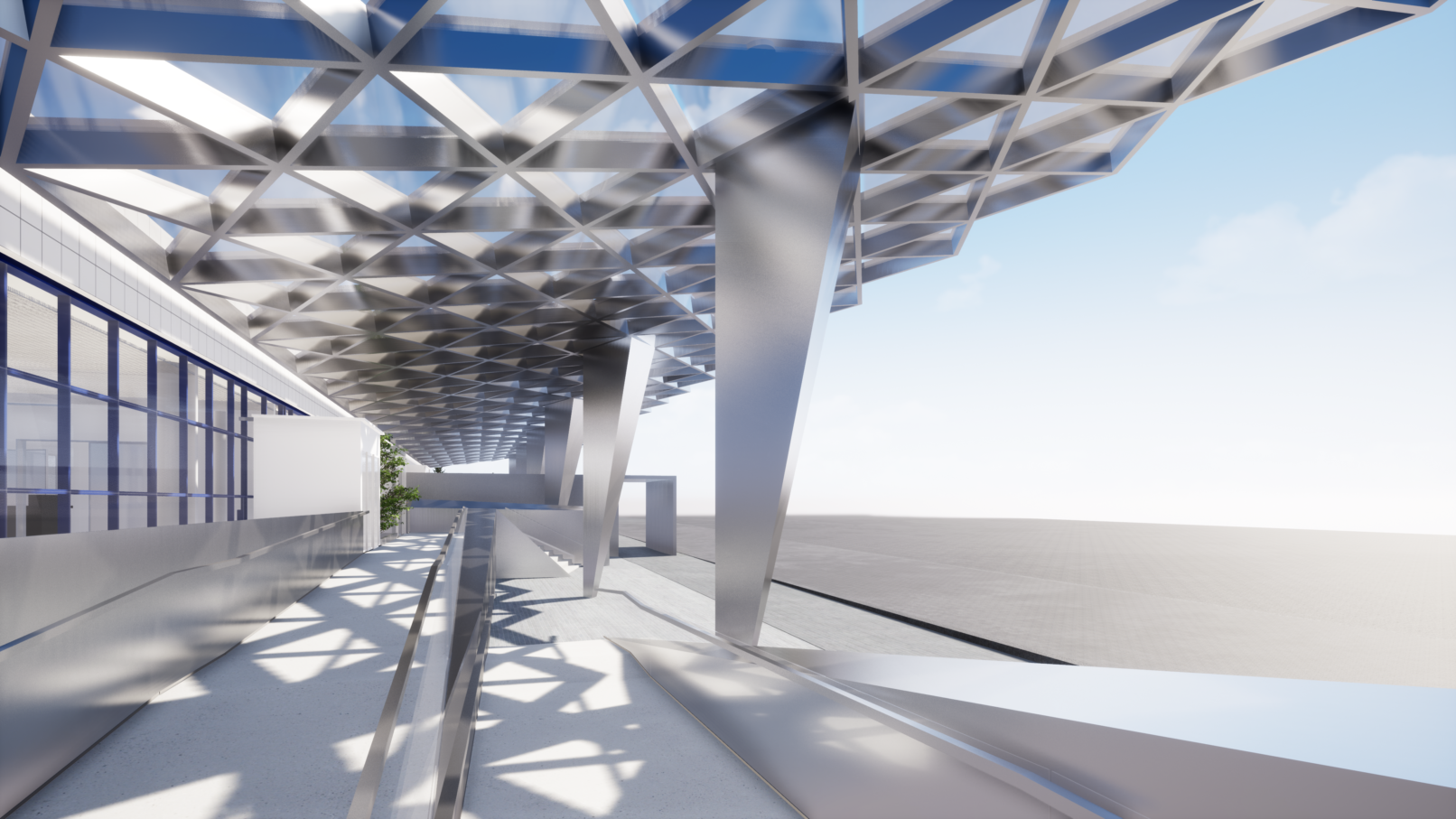 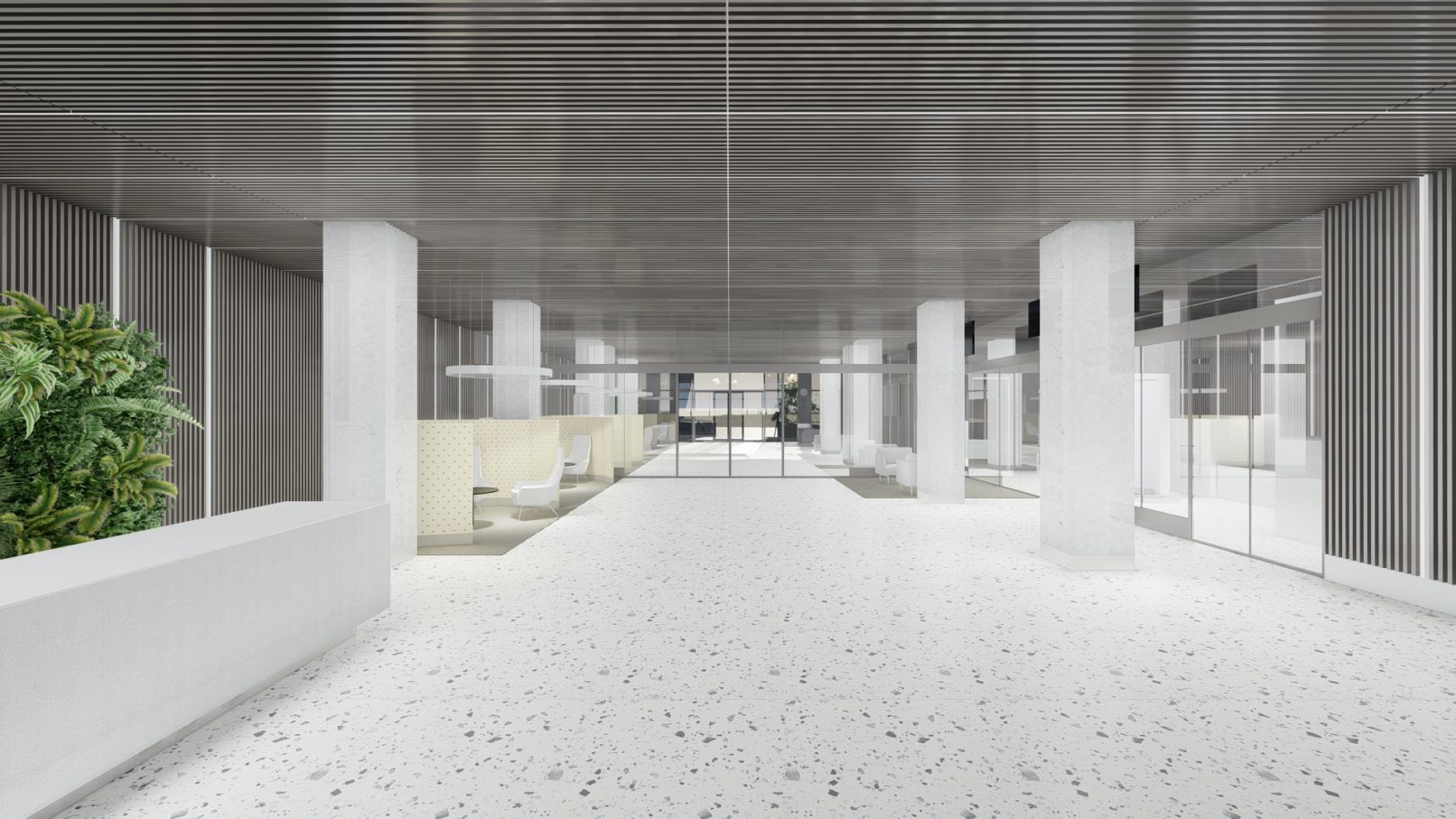 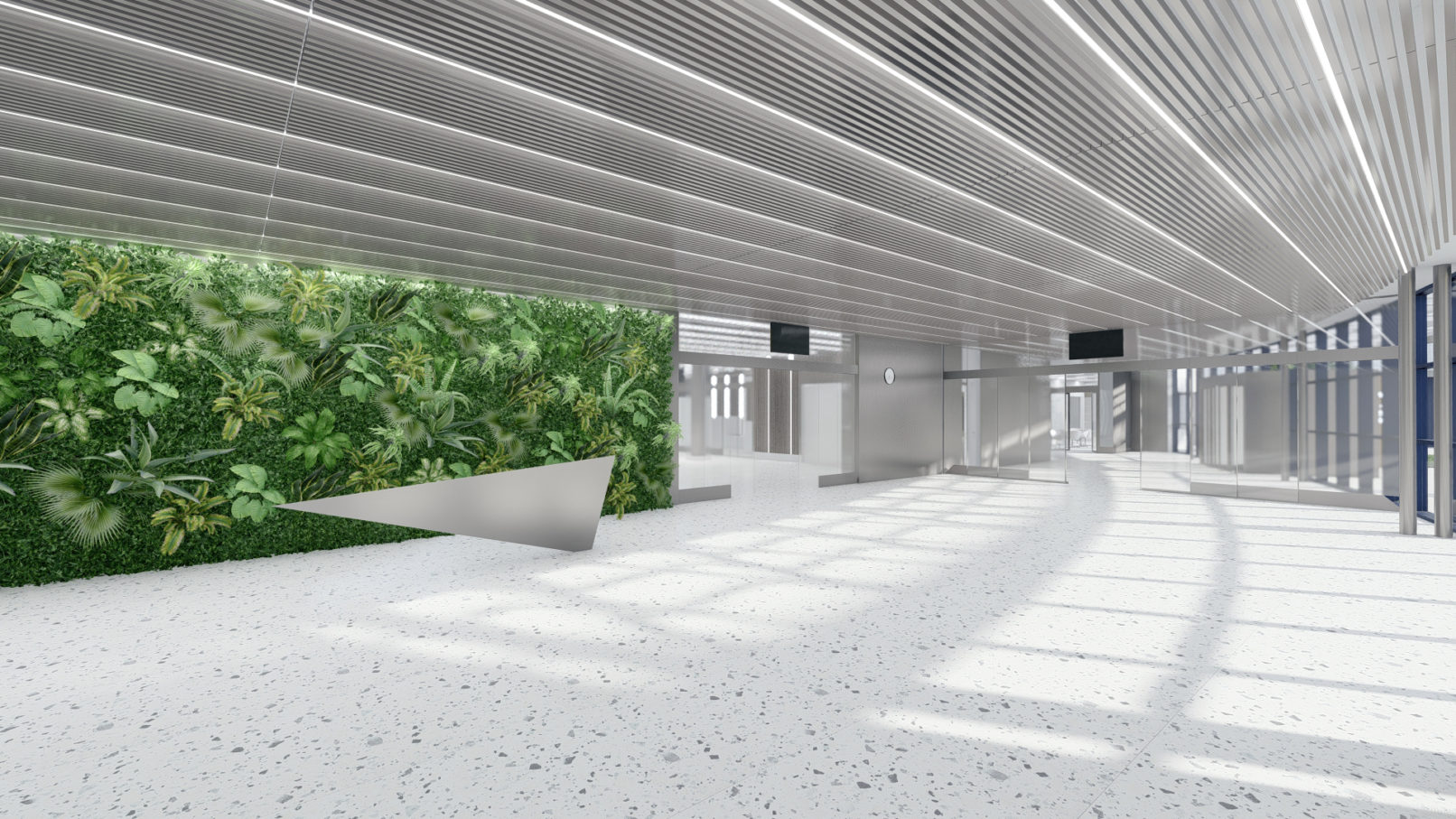 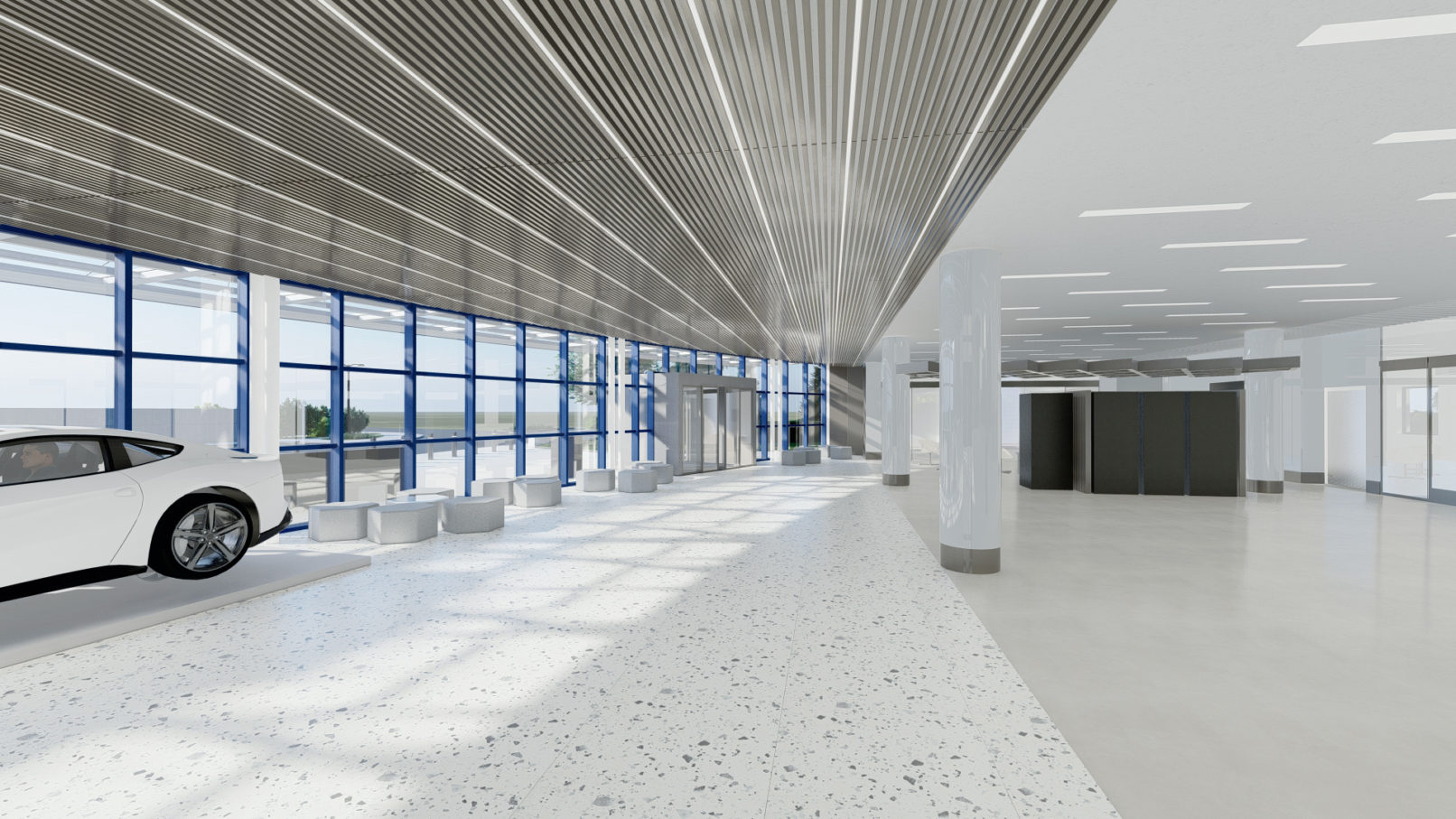 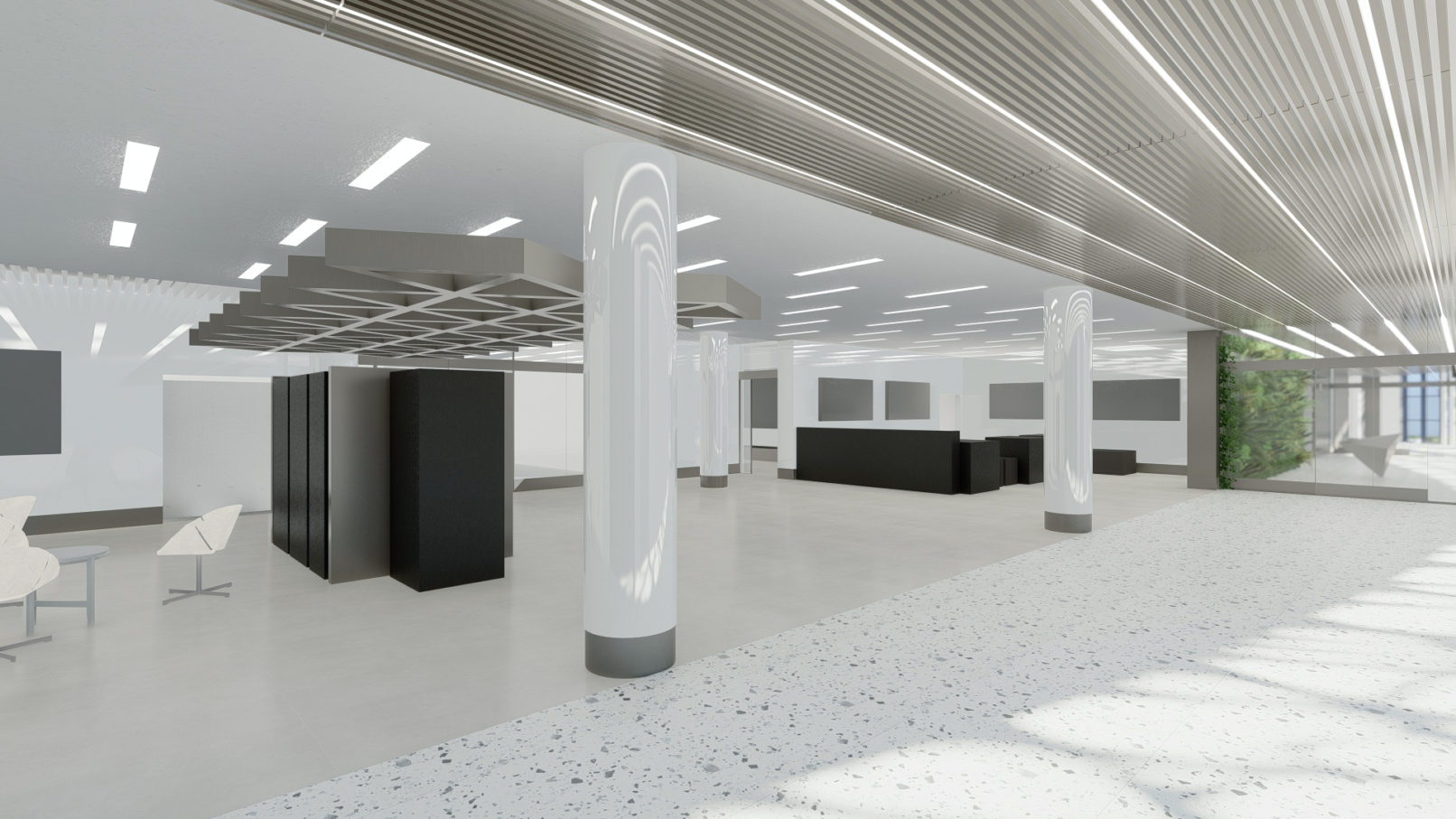 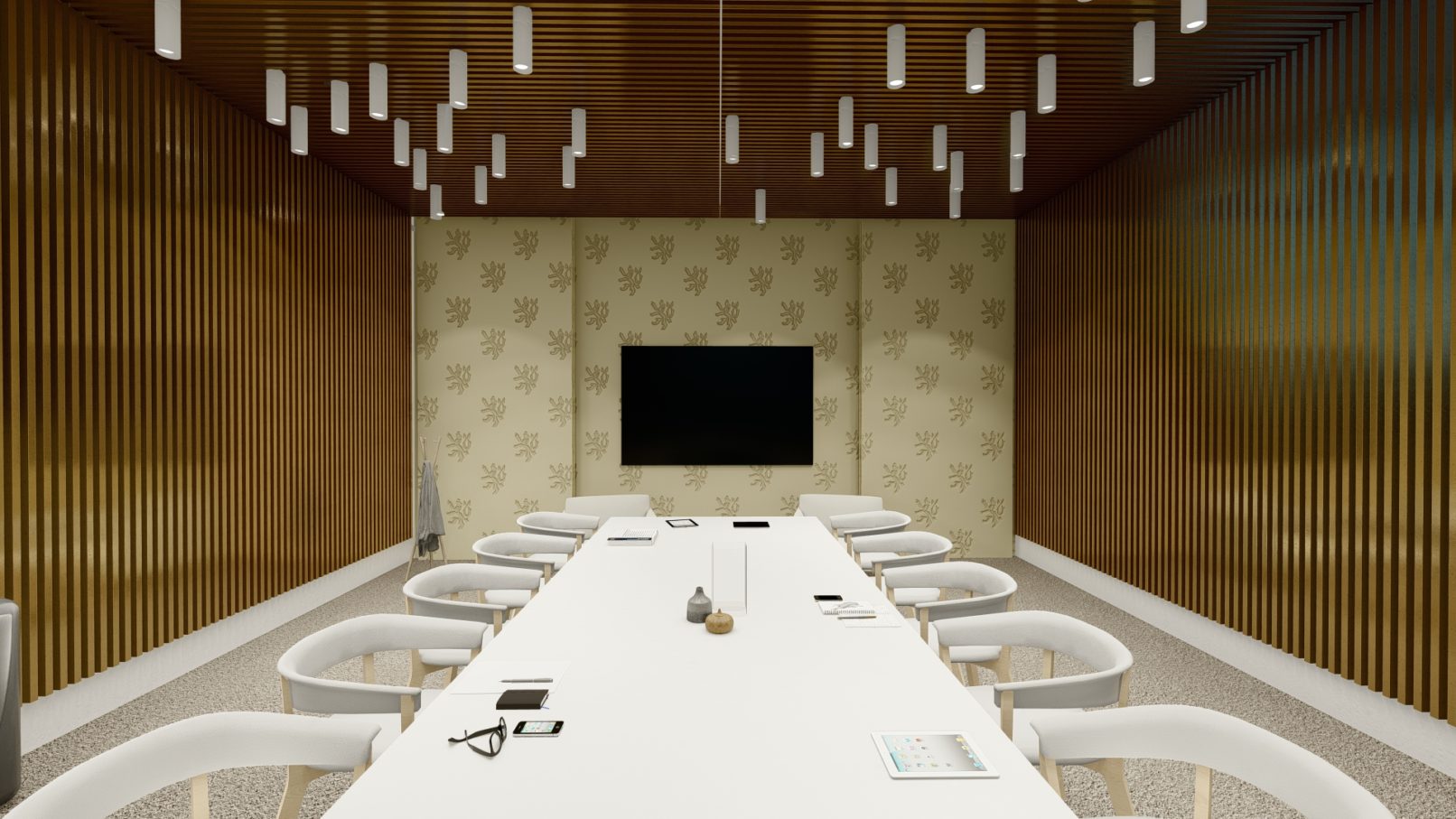 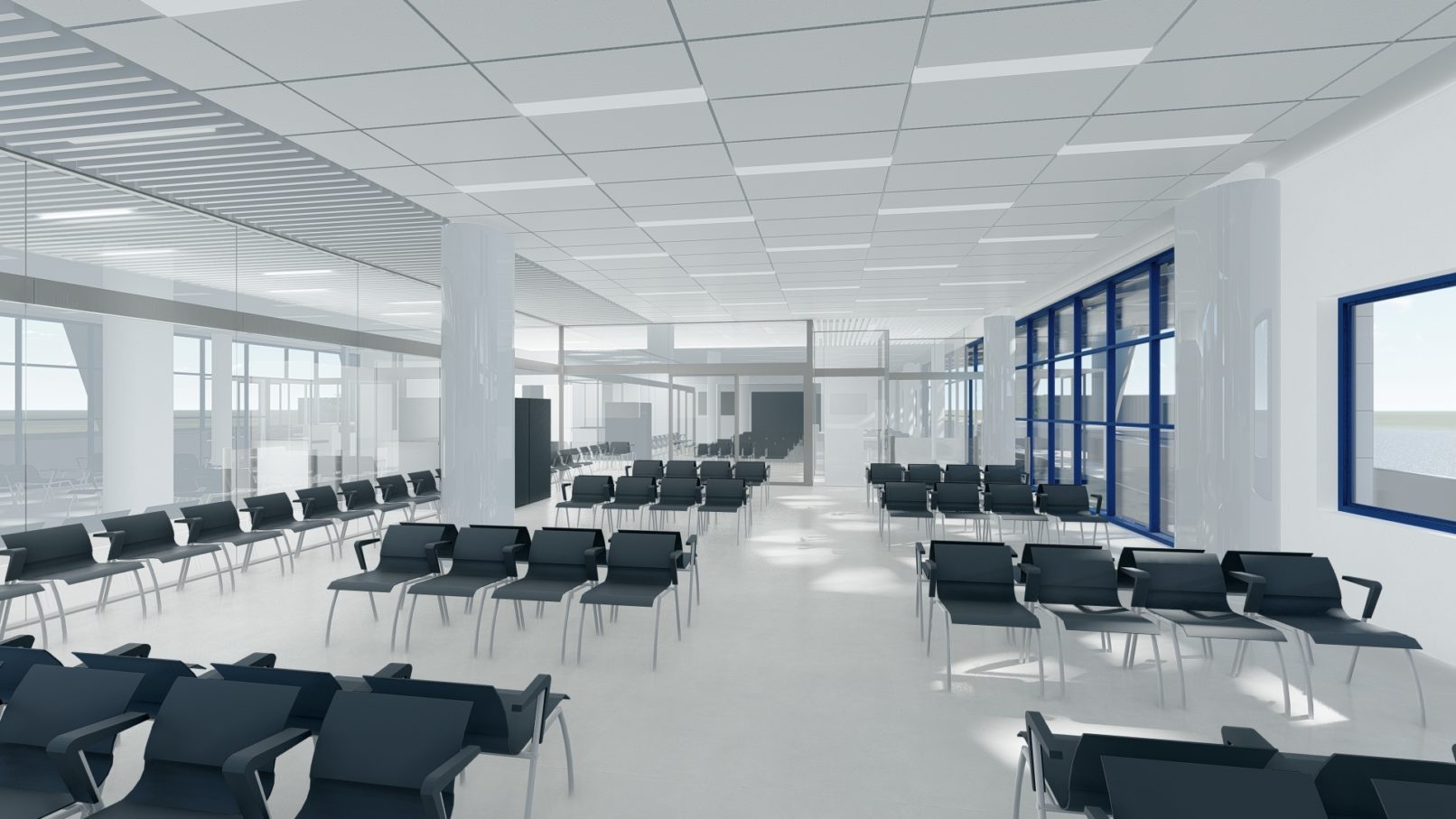 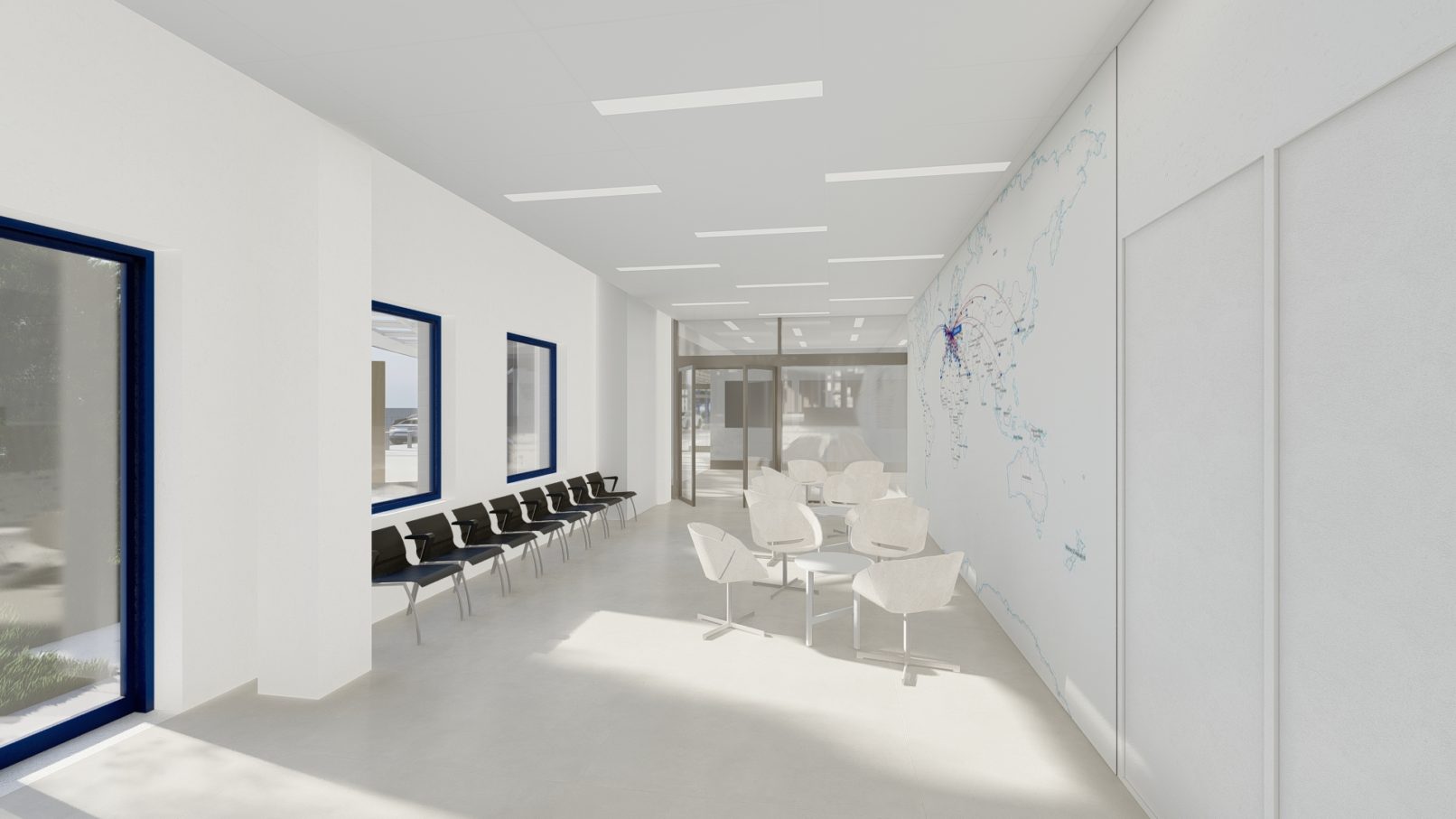 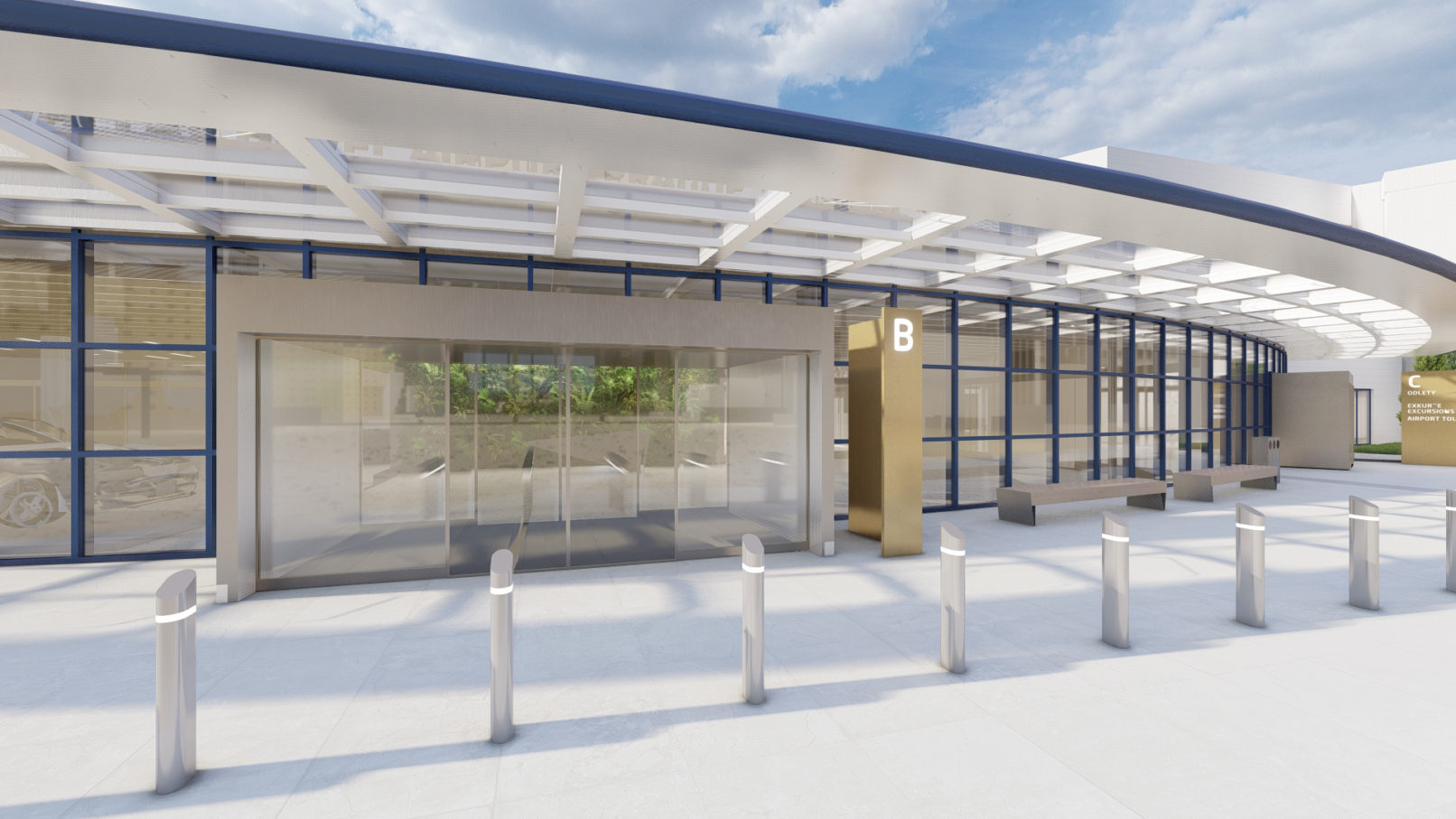 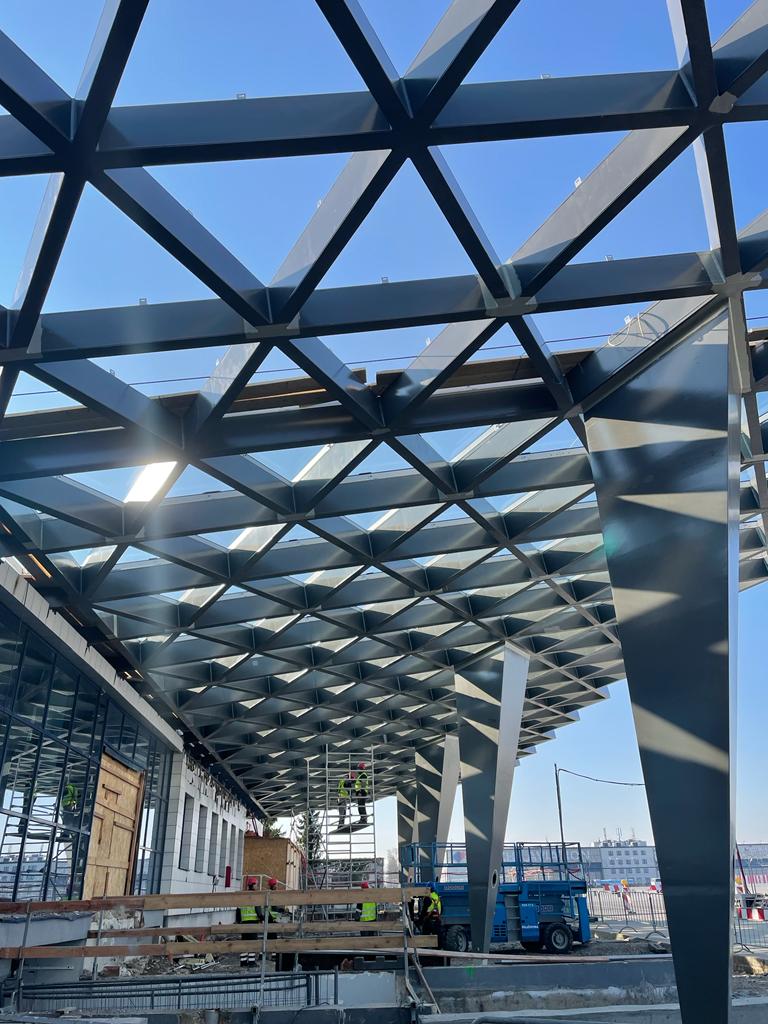 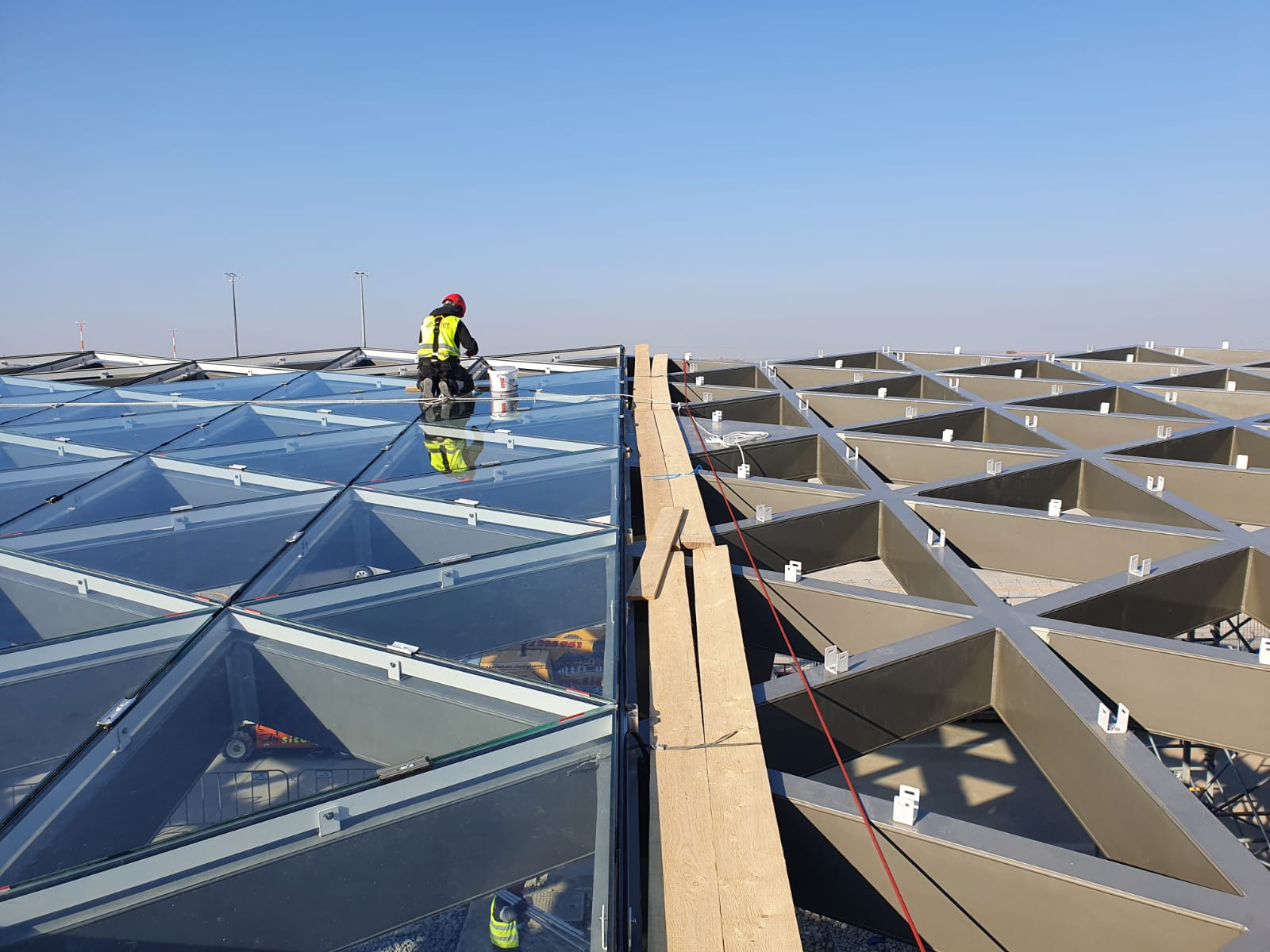