Award: Urbanistic Project of the Year 2018

The design of the Development Plan for LPR is a vision of the development of its commercial and non-commercial activities in the next twenty to thirty years. Thirteen chapters were drawn up for the document where the Aeropolis team processed in detail individual aspects of the design from the broader urbanistic design through an architectural detail of selected public areas to the final design of the development of the transport and technical infrastructure.

Airport City North and namely its main Central Core was developed as an intelligible and compact locality for air and commercial non-air activities. It is a combination of spontaneous, user-friendly areas full of green and an urban environment. Historic remnants of development were transformed and used in the new organization of the Central Part with reference points and clear logic.

The urbanistic concept of the Airport City Noth – Aviatická has three key zones – CENTER, SERVICE, and BUSINESS complemented by a fourth one – GATE. They form a structure and morphology of the area in axial configurations. All the zones are interconnected and function-wise directly or indirectly connected to the terminals. Three-quarters of the developed area of the Airport City Sever – Aviatická establish, in fact, a simple, logical, and functional synergy consisting of various activities whose greater part is somewhat linked to air traffic.

Regarding traffic, the train and its underground stations are the key factors for the future accessibility to the Airport City North – Aviatická. The railway station is on the central axis of the designed development, directly below the main promenade opening to the terminals area. Traffic is divided into two circuits – public transport (MHD) and the service to buildings at the Airport City North – Aviatická CENTER taken on the surface on the streetscape level, while the passenger traffic is located on the broadened and extended flyover.

The final consequence of this arrangement should be that the Airport City North – Aviatická ought to be perceived as a compact and permanently sustainable destination linked to air traffic, as a place featuring positive energy thick with green and modern buildings, easily accessible for traffic. 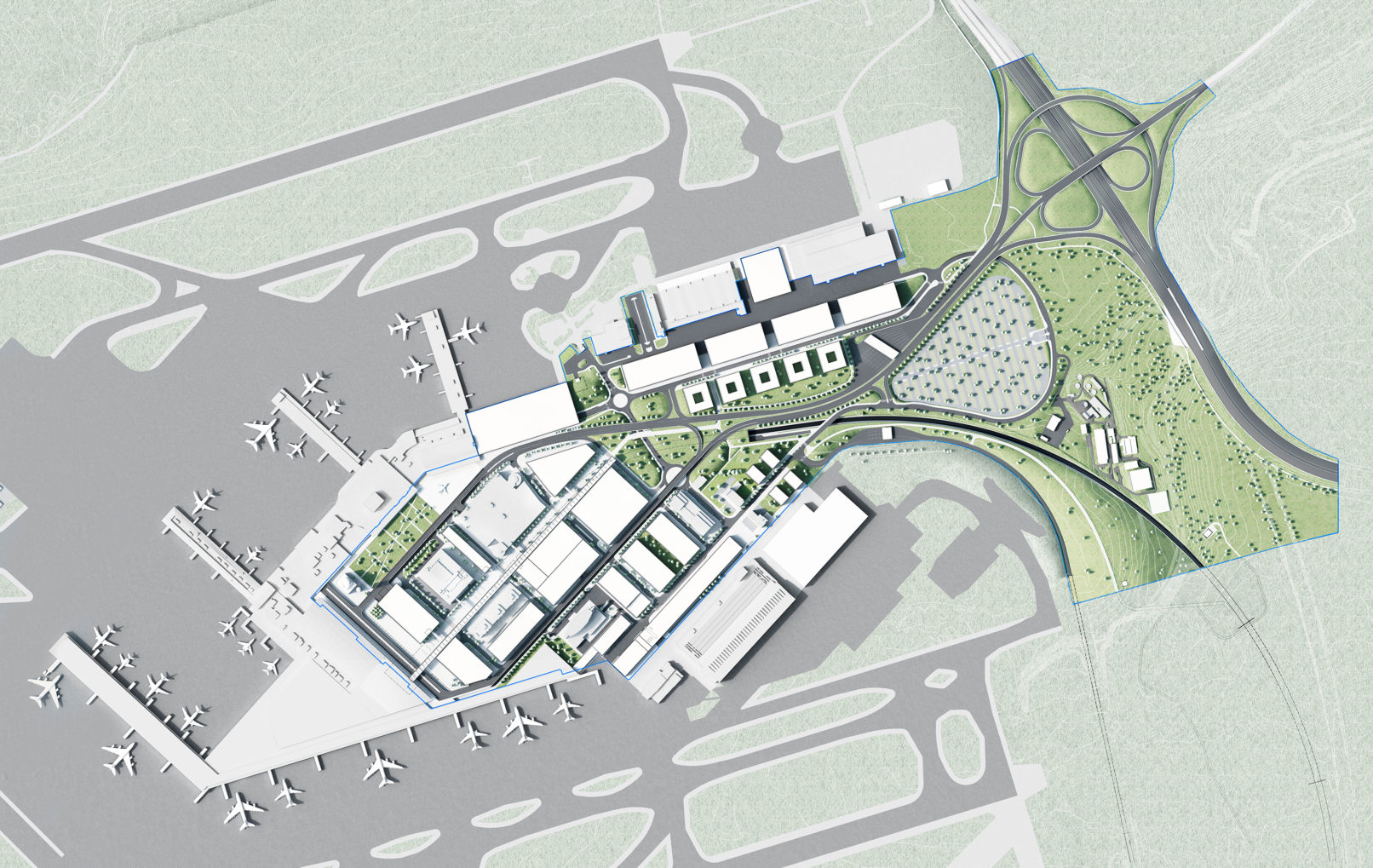 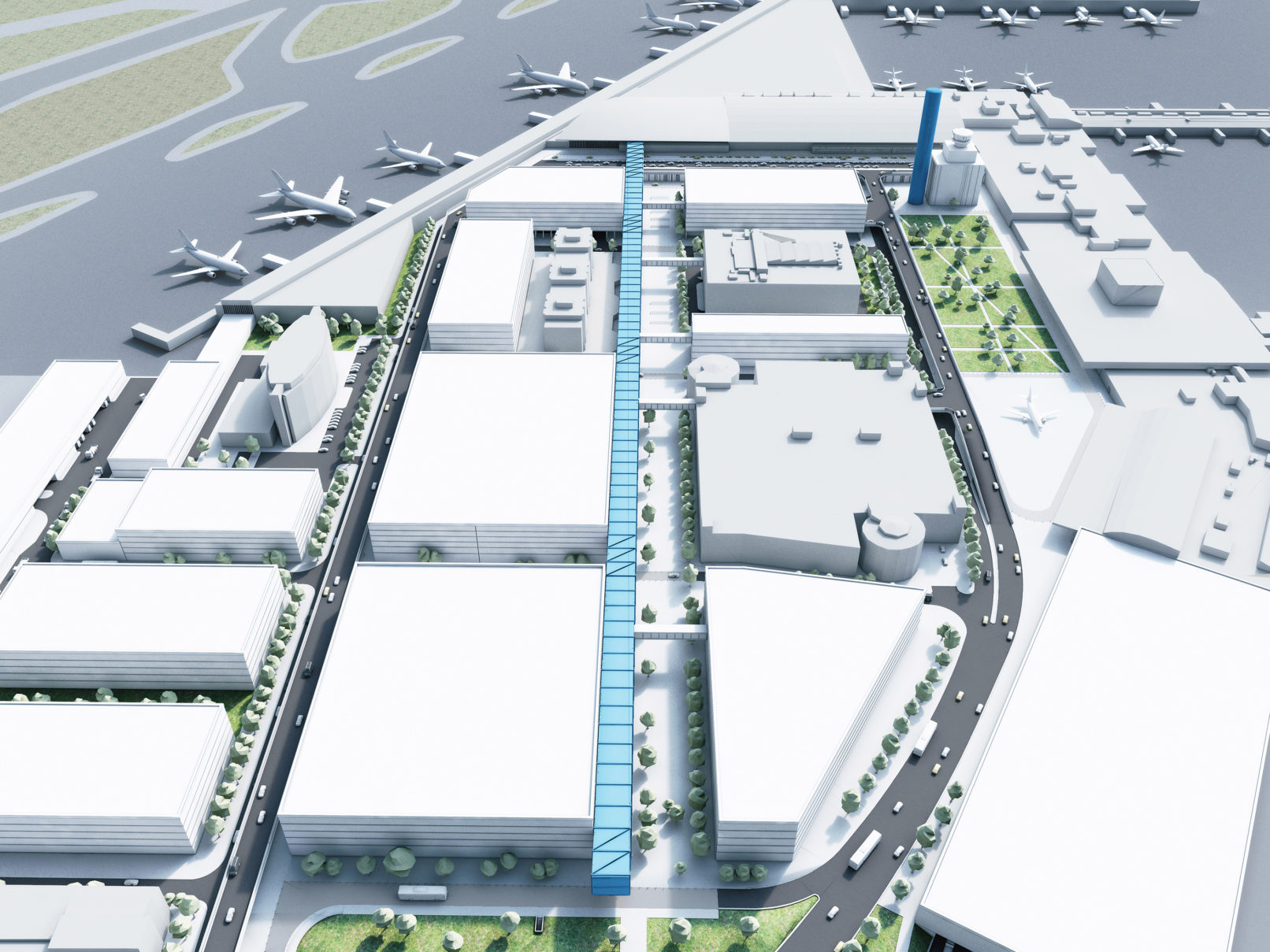 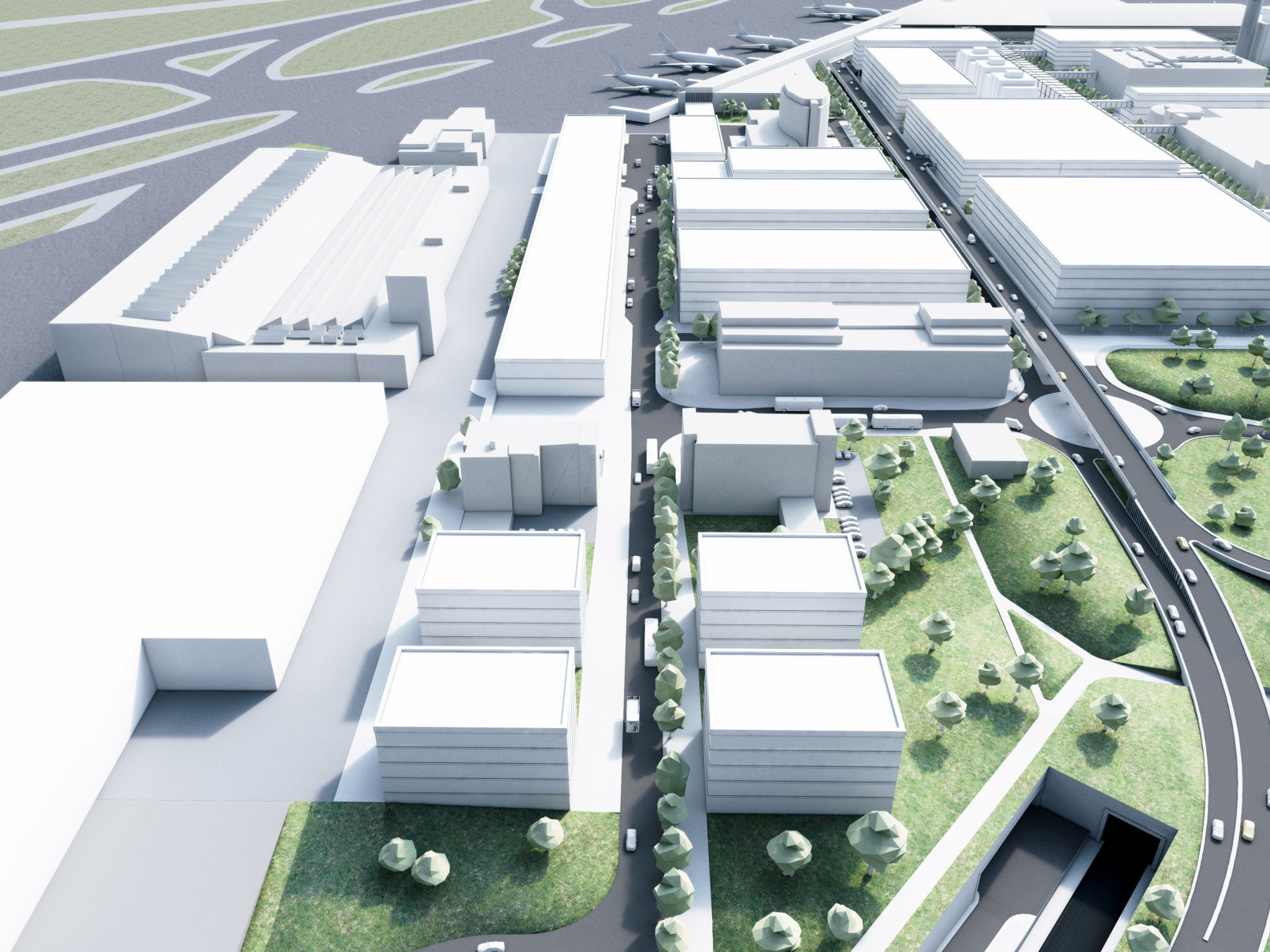 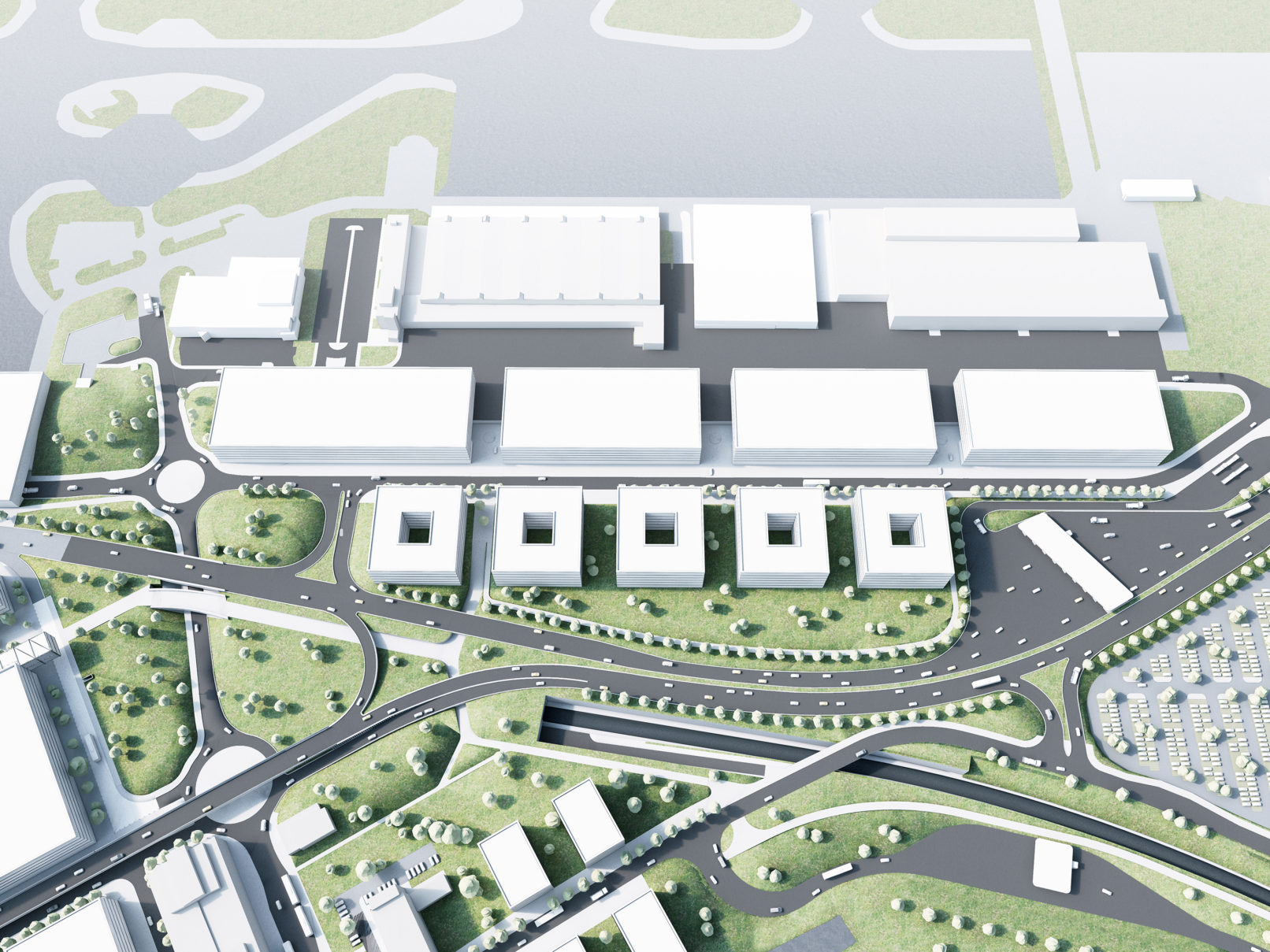 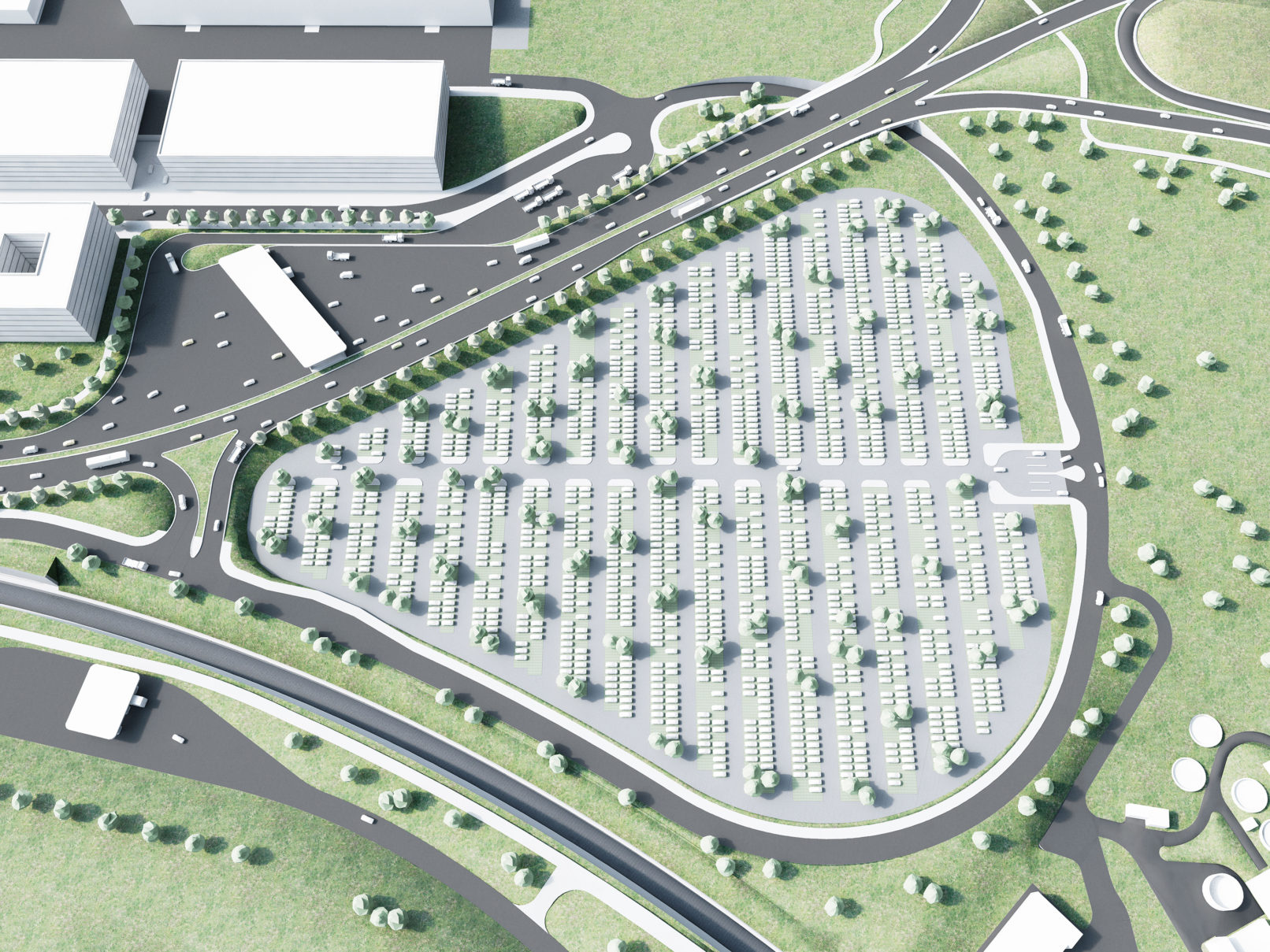 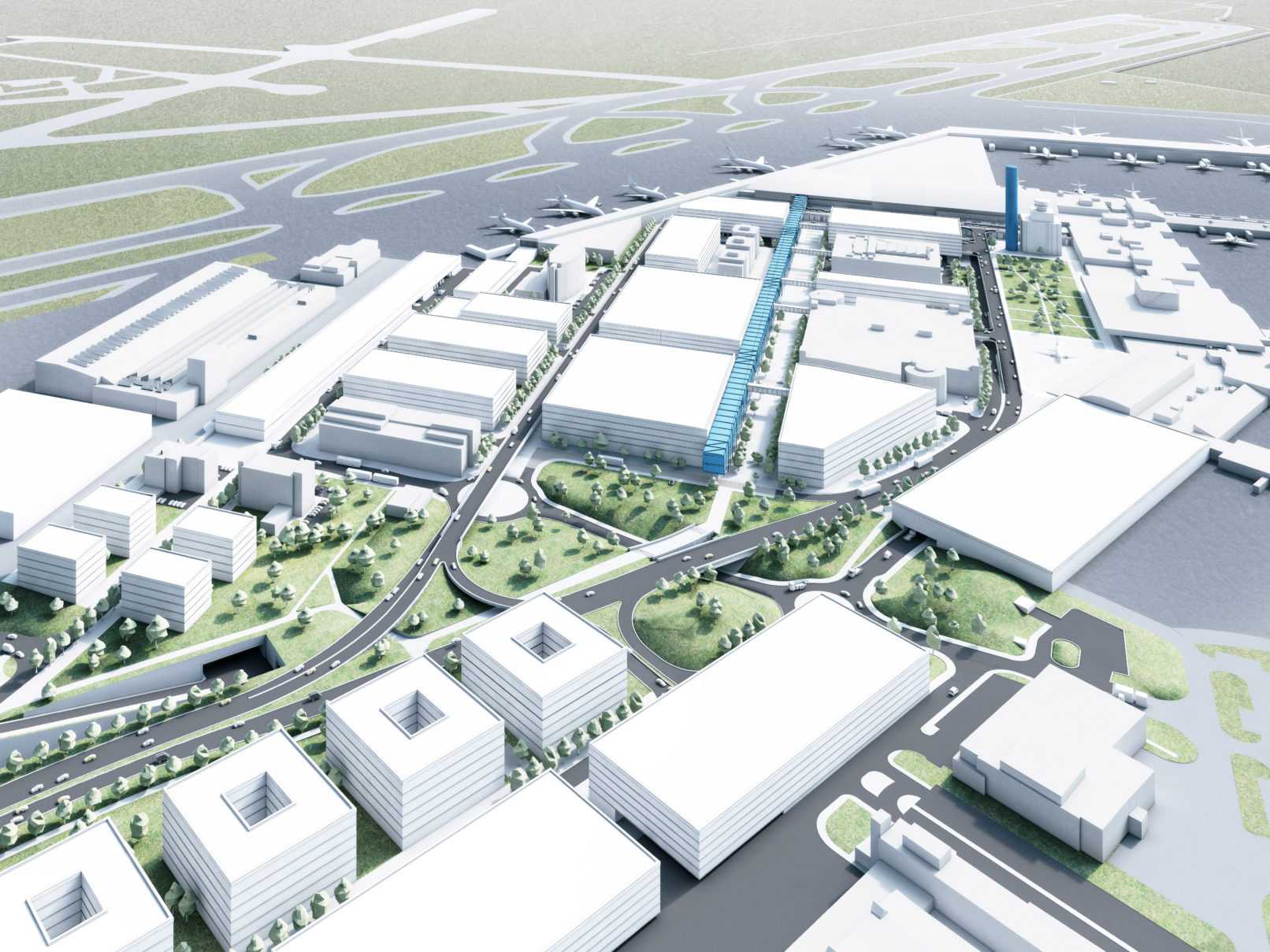 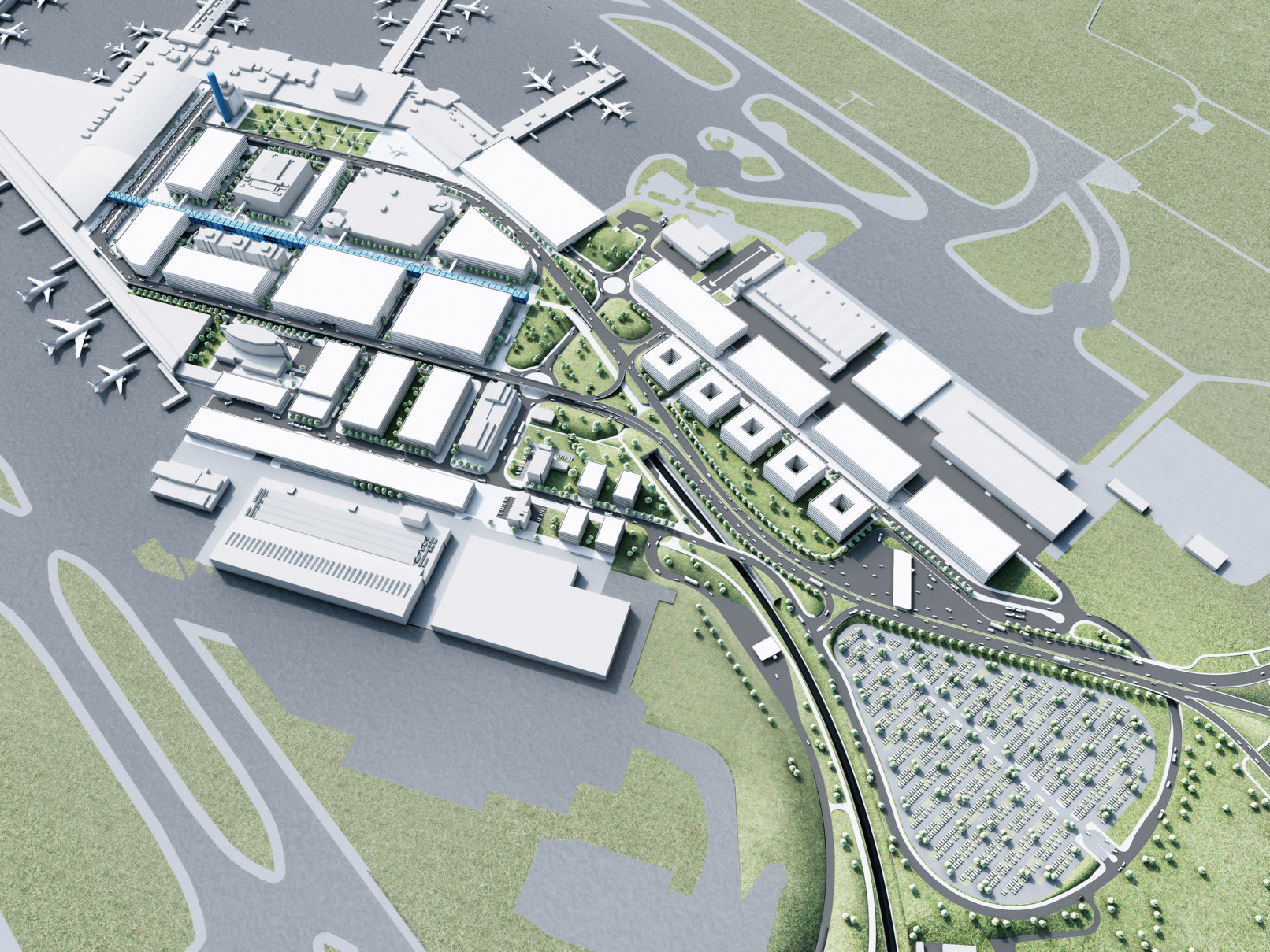 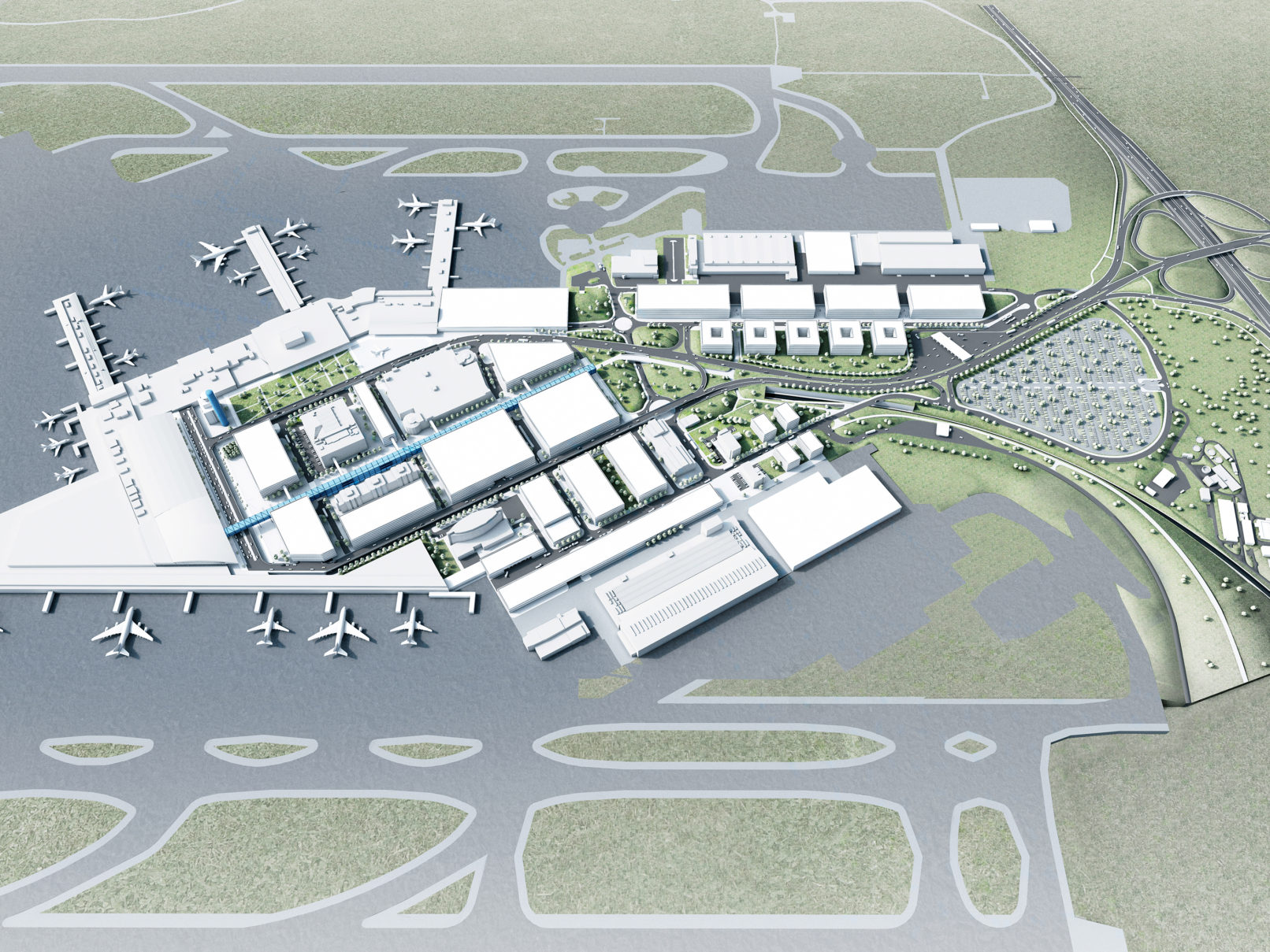 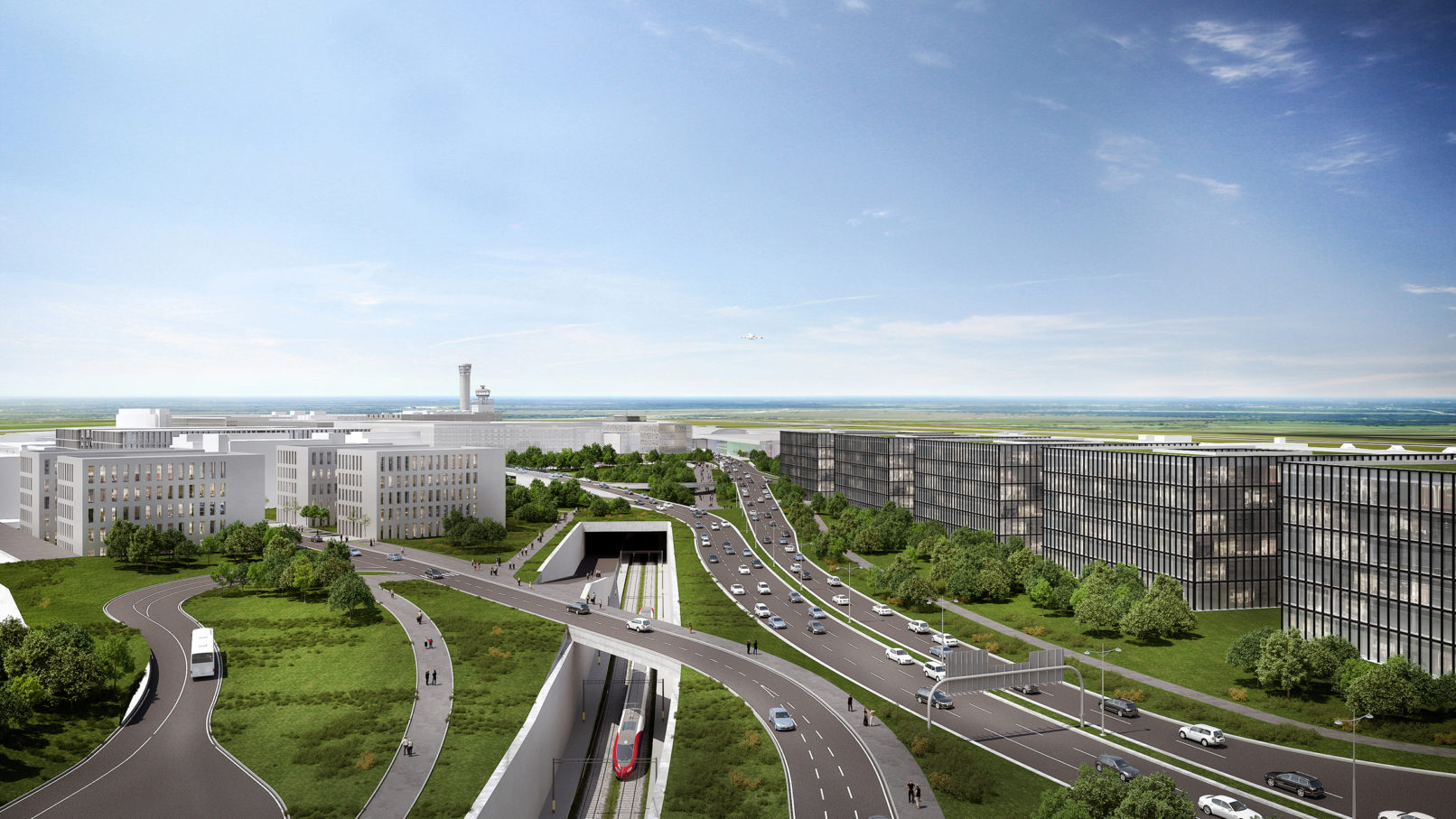 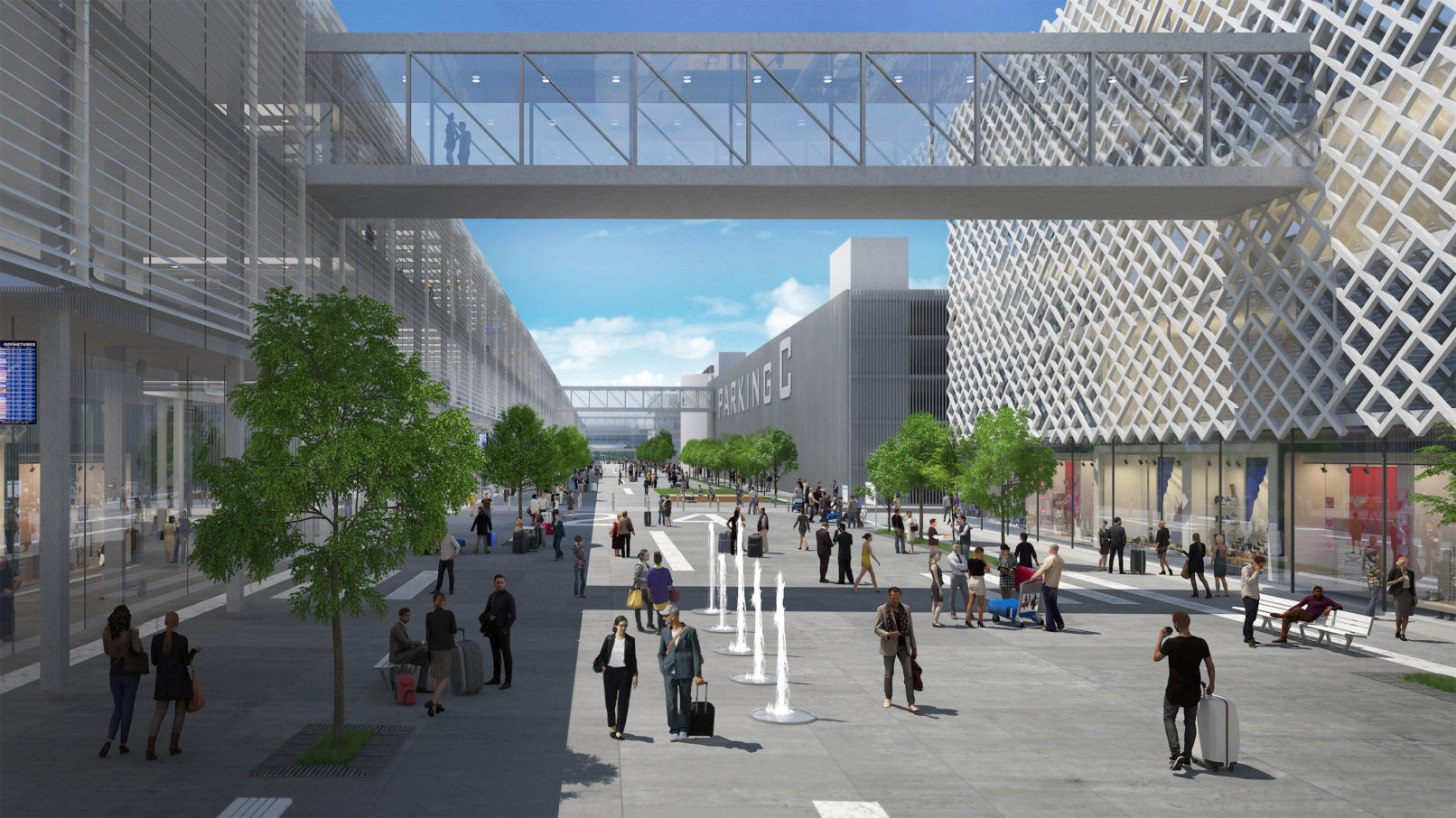 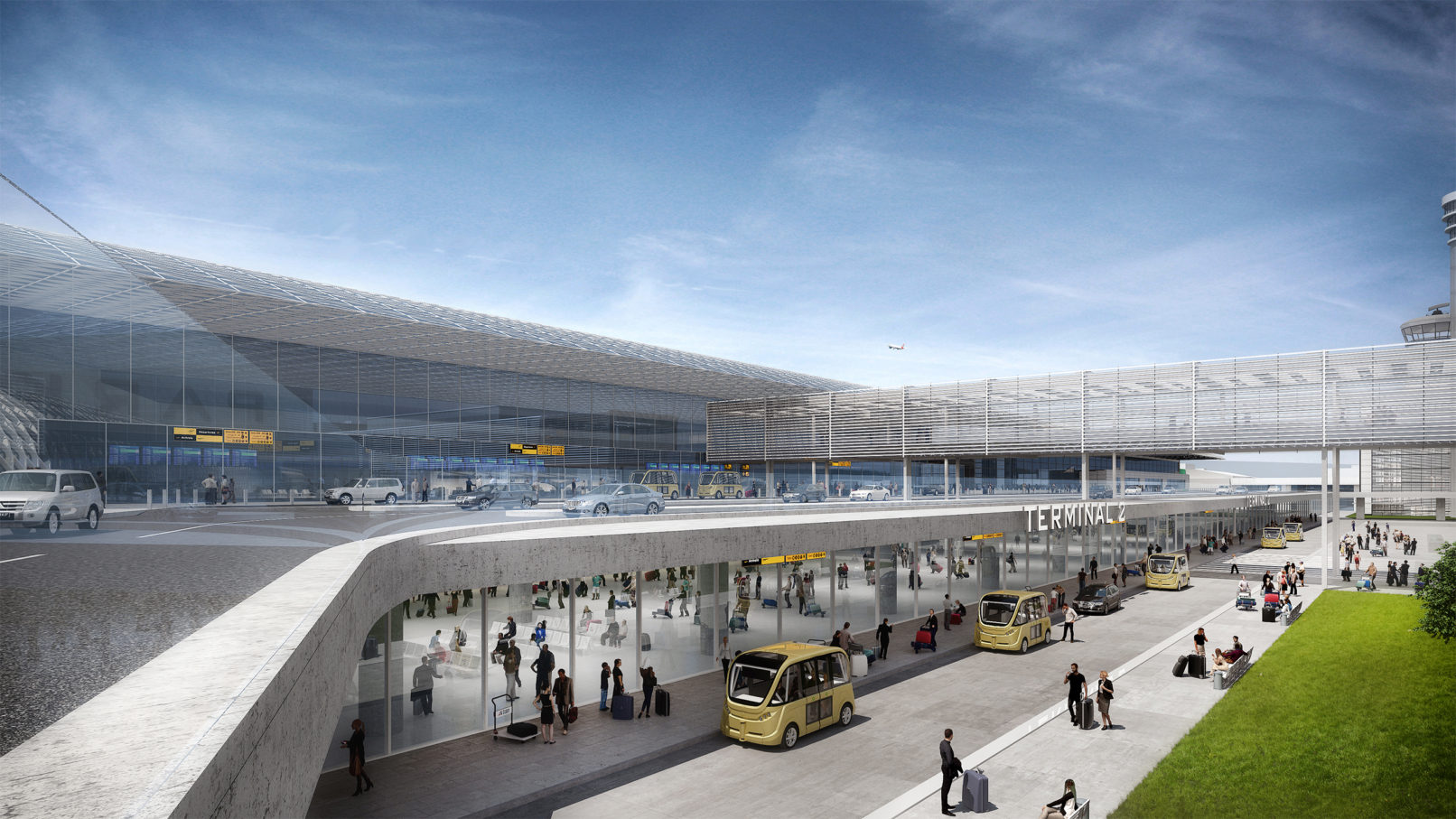 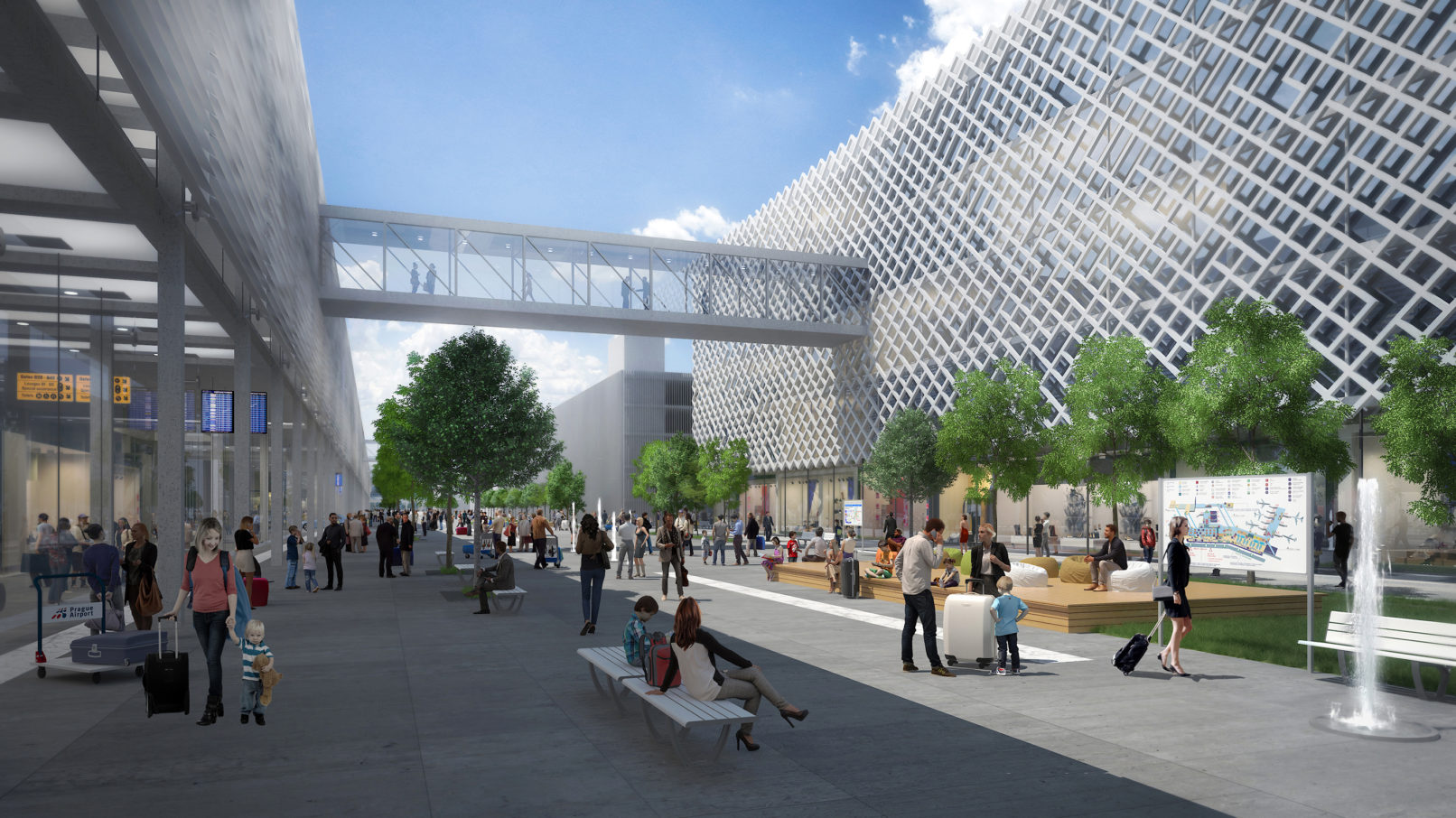 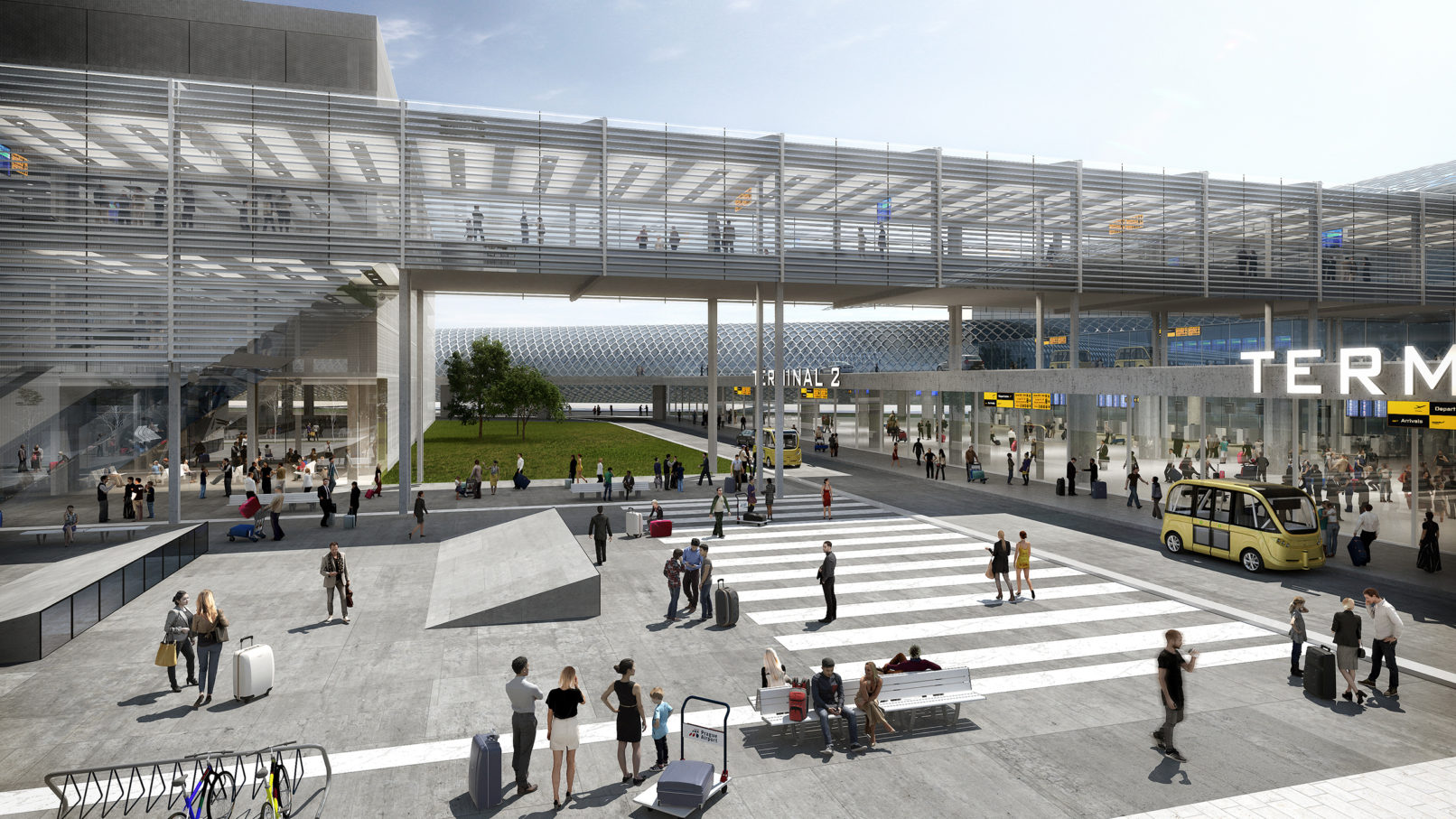 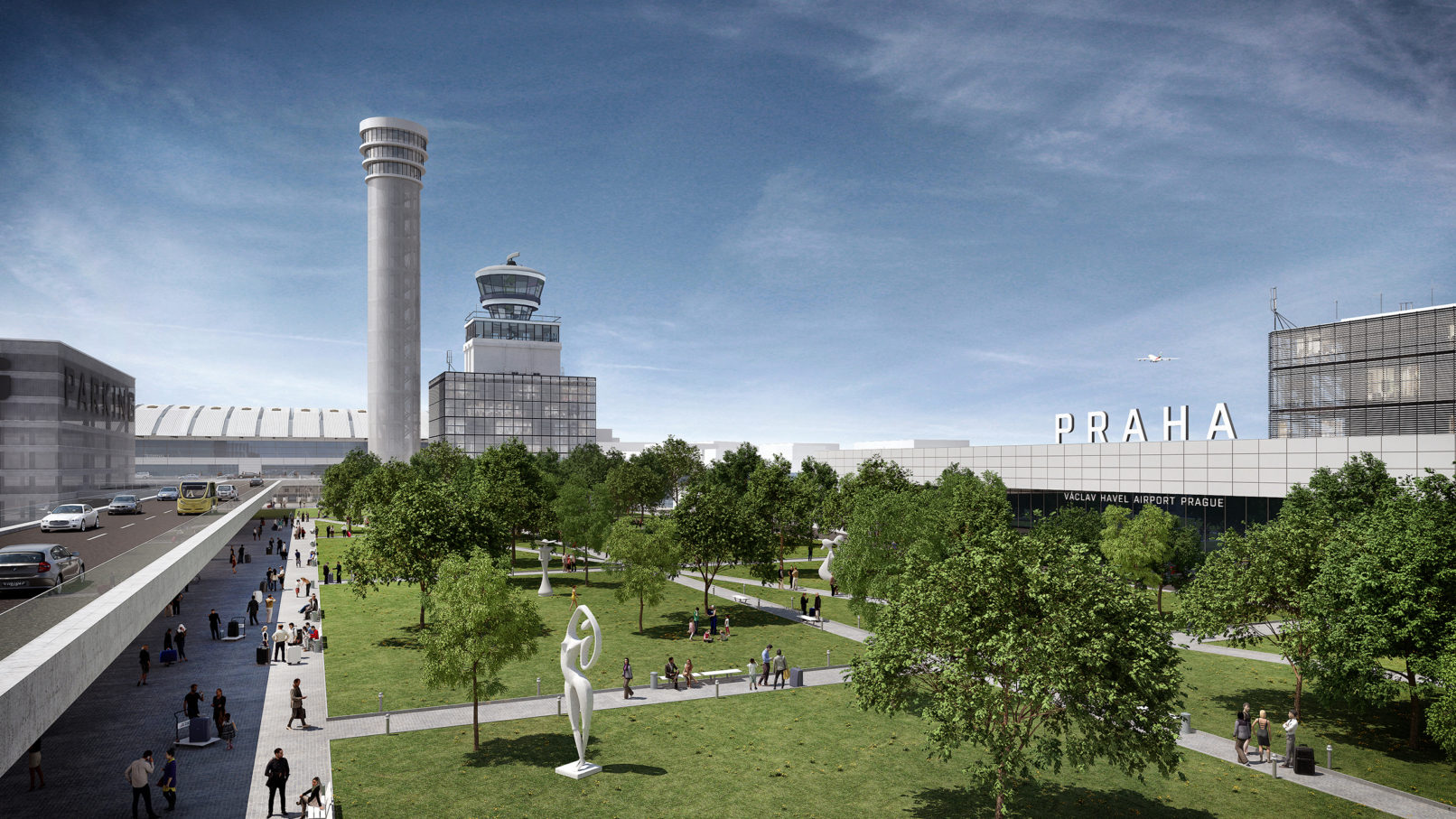