This is a study of the feasibility of adjusting passenger flows and security regime within Terminal 1 after putting into operation of the new infrastructure in Terminal 2 (extension of Terminal 2 and construction of Finger D). The intention is to connect Finger B of Terminal 1 to the Schengen part of the airport with a new transfer point, to build centralized security control at T1 instead of the existing decentralized stations and a new arrival corridor from Finger A – thereby separating departing and arriving passengers in the non-Schengen area.

The feasibility study includes operational, fire safety and structural engineering solutions. It was developed in several variants with regard to the impact on all operational parts of T1 and finger A, including the construction phase. 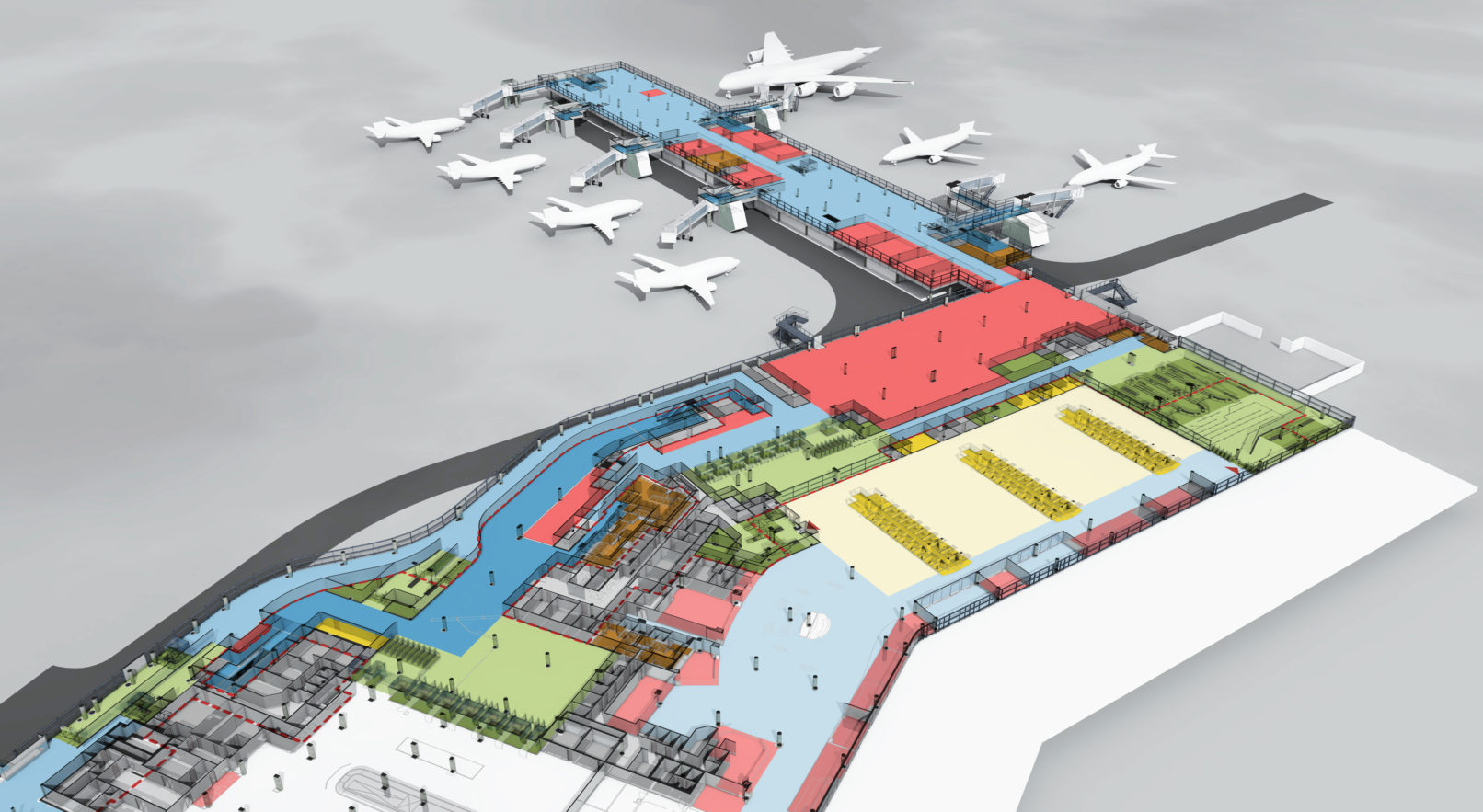 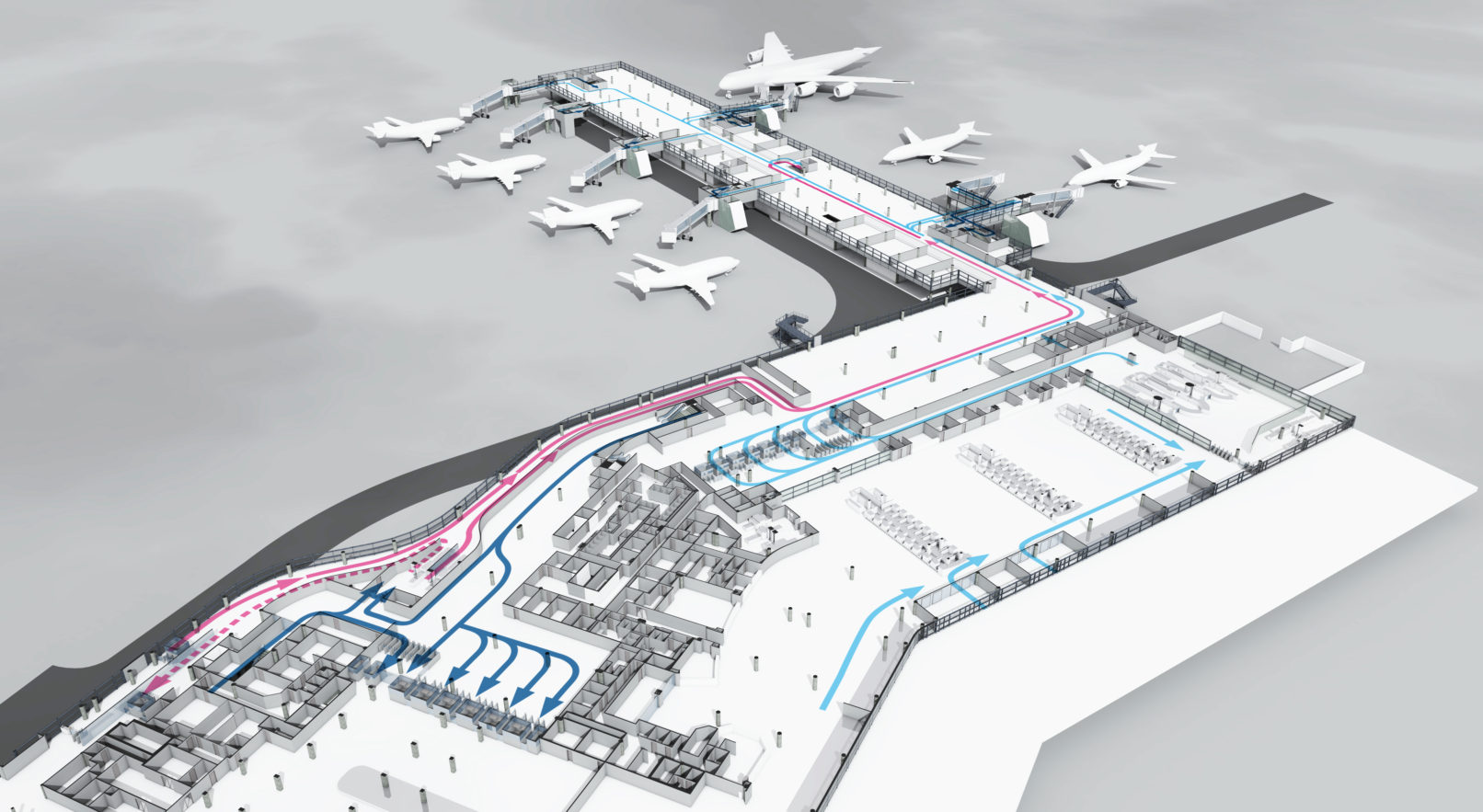