Award: 2nd place in the competition

The design of the high-speed rail terminal and its front space is based on the  landscape solution of the problem. Landscape was the main idea and an urban-architectural tool. In a similar way, we approached the terminal and its surroundings, as an environmental project. It should become a model for similar investments in state transport infrastructure.

We perceive the integration of the terminal and its surroundings into the landscape as a great challenge, in which we want to prove that such a construction intervention is not necessarily negative, but on the contrary positive. On the contrary, the intervention in our thinking of the urban planner and architect should create a new, better landscape and support its biodiversity. It should be beneficial to the landscape.

We approached the surrounding municipalities in the same welcoming way. We tried to design a dense functional network of biocorridors, paths, bike paths and biocentres, which connect all the surrounding villages with each other, with the landscape and the terminal.

The idea of the proposal is based on working with the landscape and in the search for mutually beneficial synergies of transport infrastructure with nature. The dominant goal of the design is a new landscape and its important elements, in which the terminal hall is lost like a boat in a creek. We design the project as strongly environmental with a strong symbolism of ecological thinking, which is imprinted in the architectural design.

The concept of the terminal is based on two ideas. The terminal hall serves as an overpass to the platforms and the roof of the terminal also forms the bridge over the car road above the high-speed rail corridor. The operation of the terminal is designed for two high platforms. On the main platform at ground parking level is the terminal hall. The mass of the hall is laid transversely above the railway and is defined by the bridge deck of the road under which it is located. The side walls of the hall are glazed and offer a view of arriving and departing trains on the track. The hall should look light, airy and transparent. The hall is perceived as a lively busy square with shops, trees, seating and waiting rooms. There are 3 parallel platforms on the lower level, 2 for the high-speed line and 1 for the BUS terminal. All platforms are covered and vertically connected with the hall. The roofing of the platforms is designed from a subtle steel structure with a glass translucent photovoltaic roof. The same translucent photovoltaic glass roof is used on the roof of the hall. 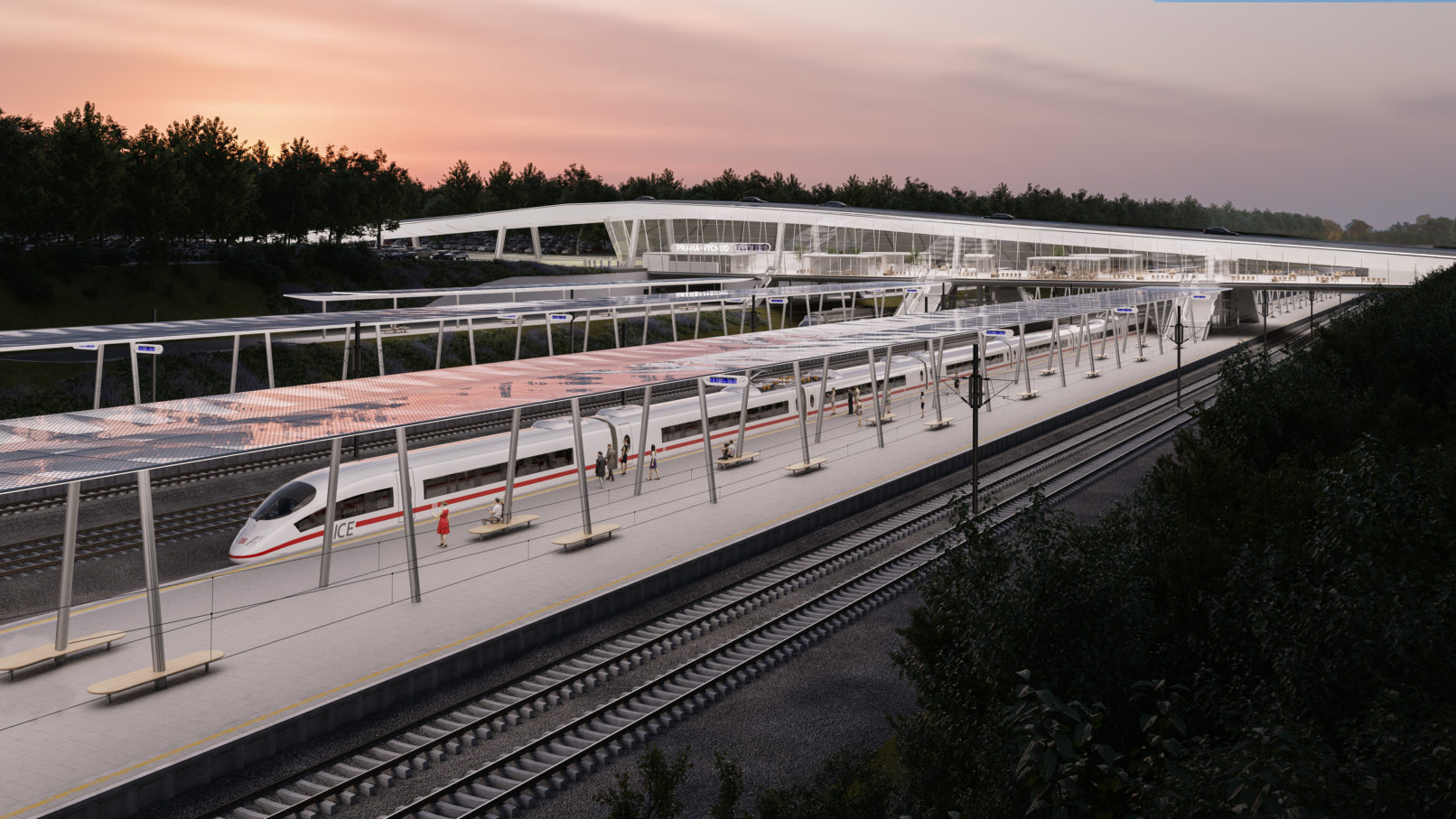 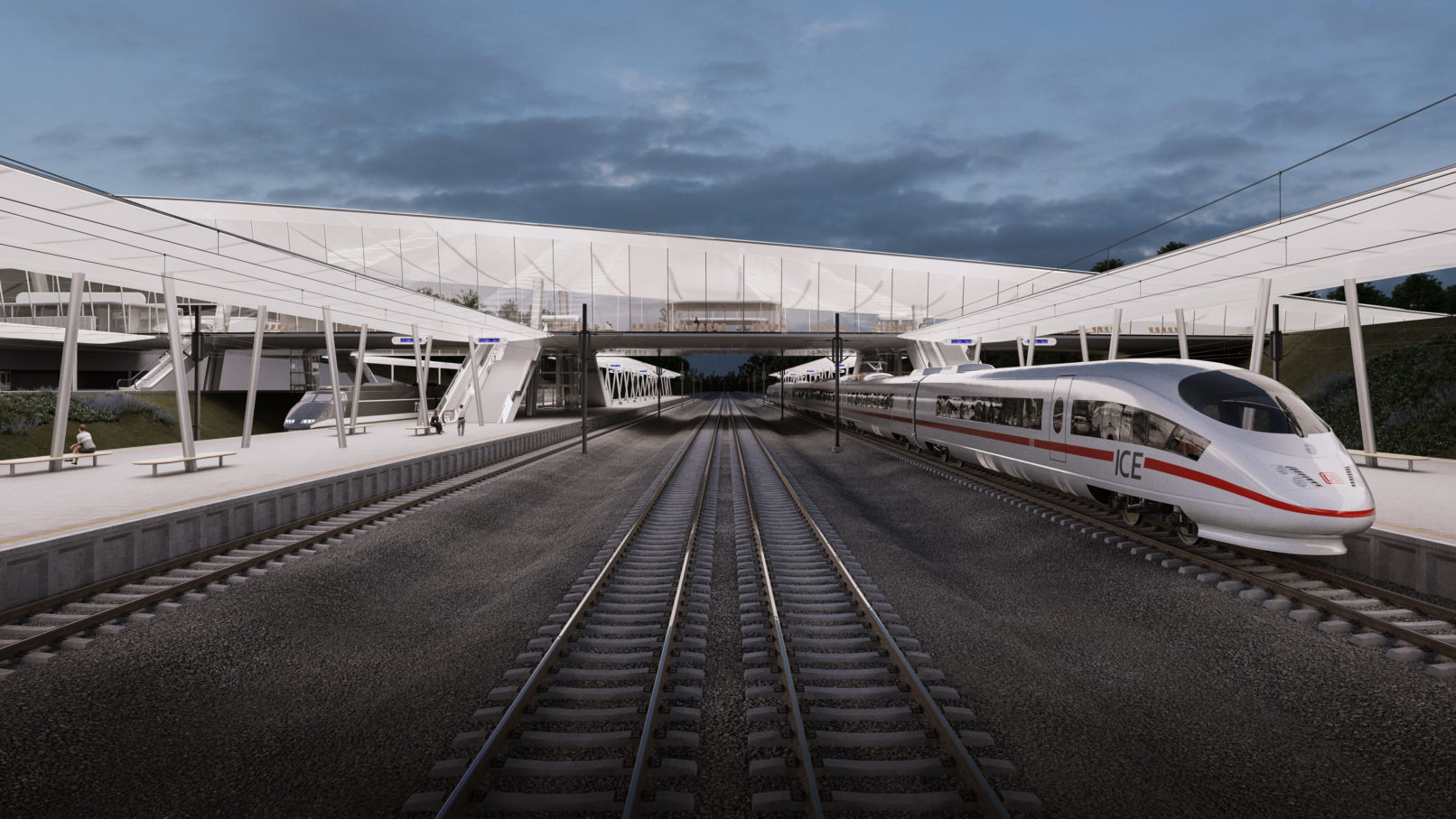 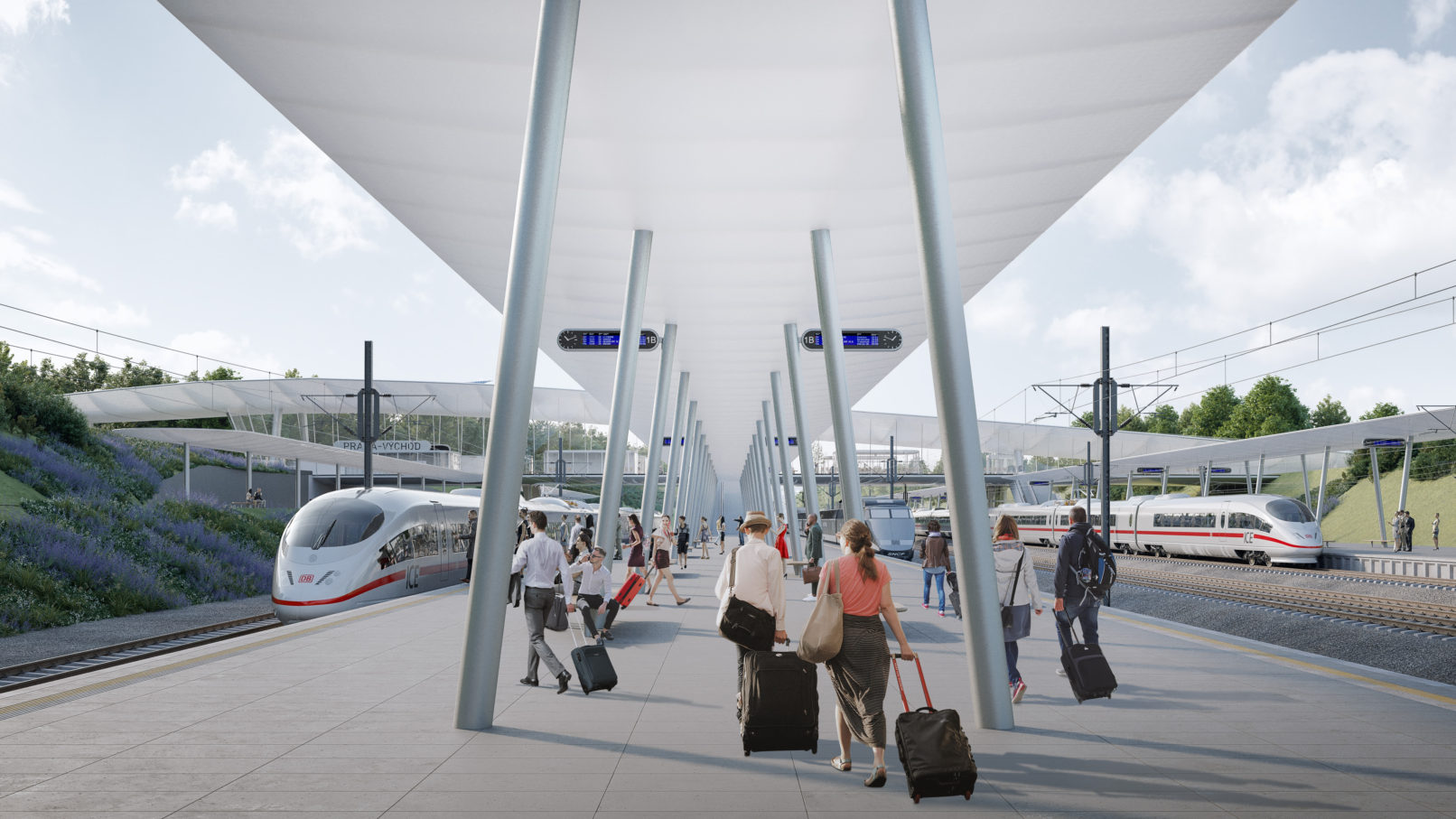 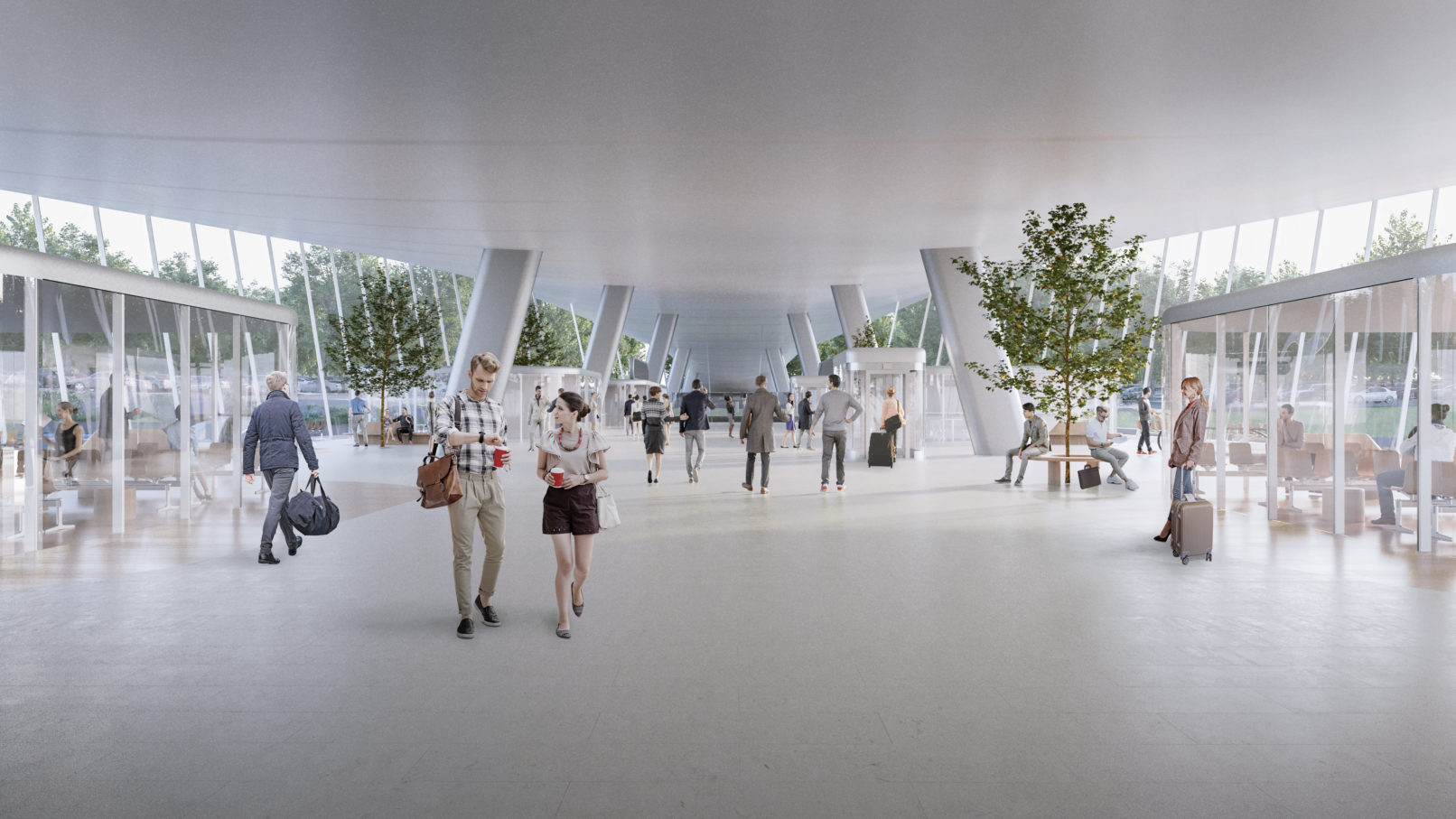 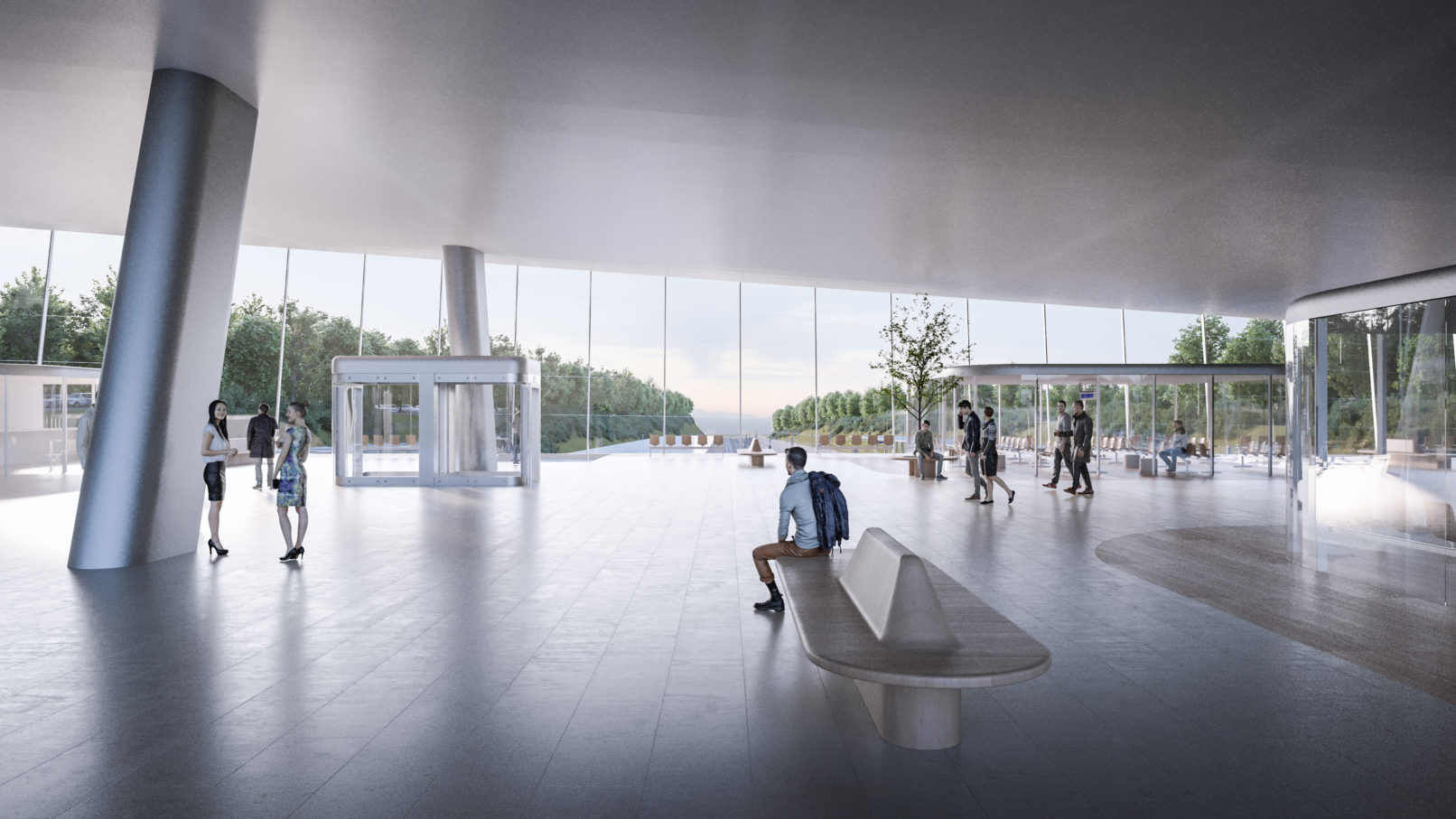 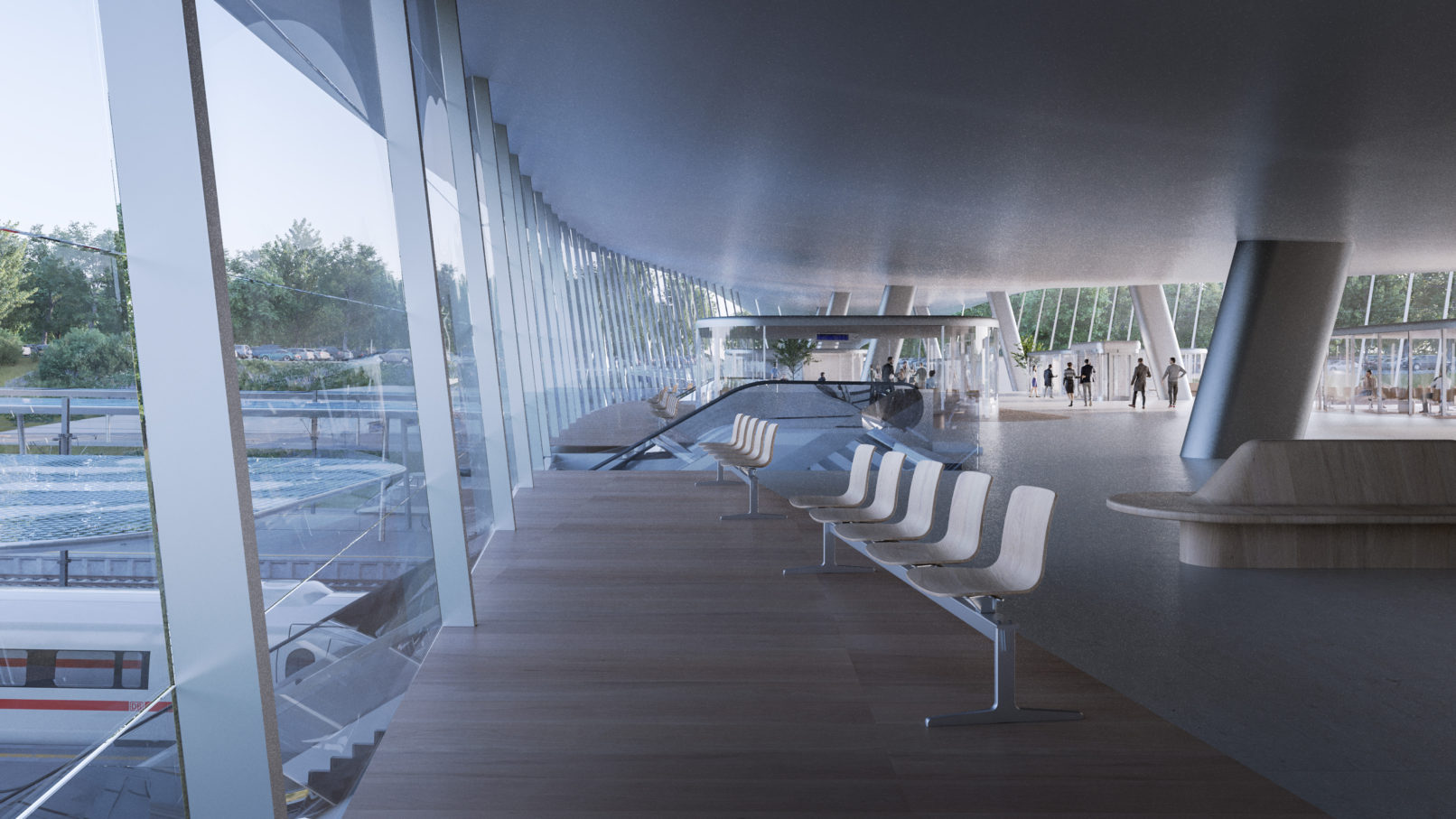 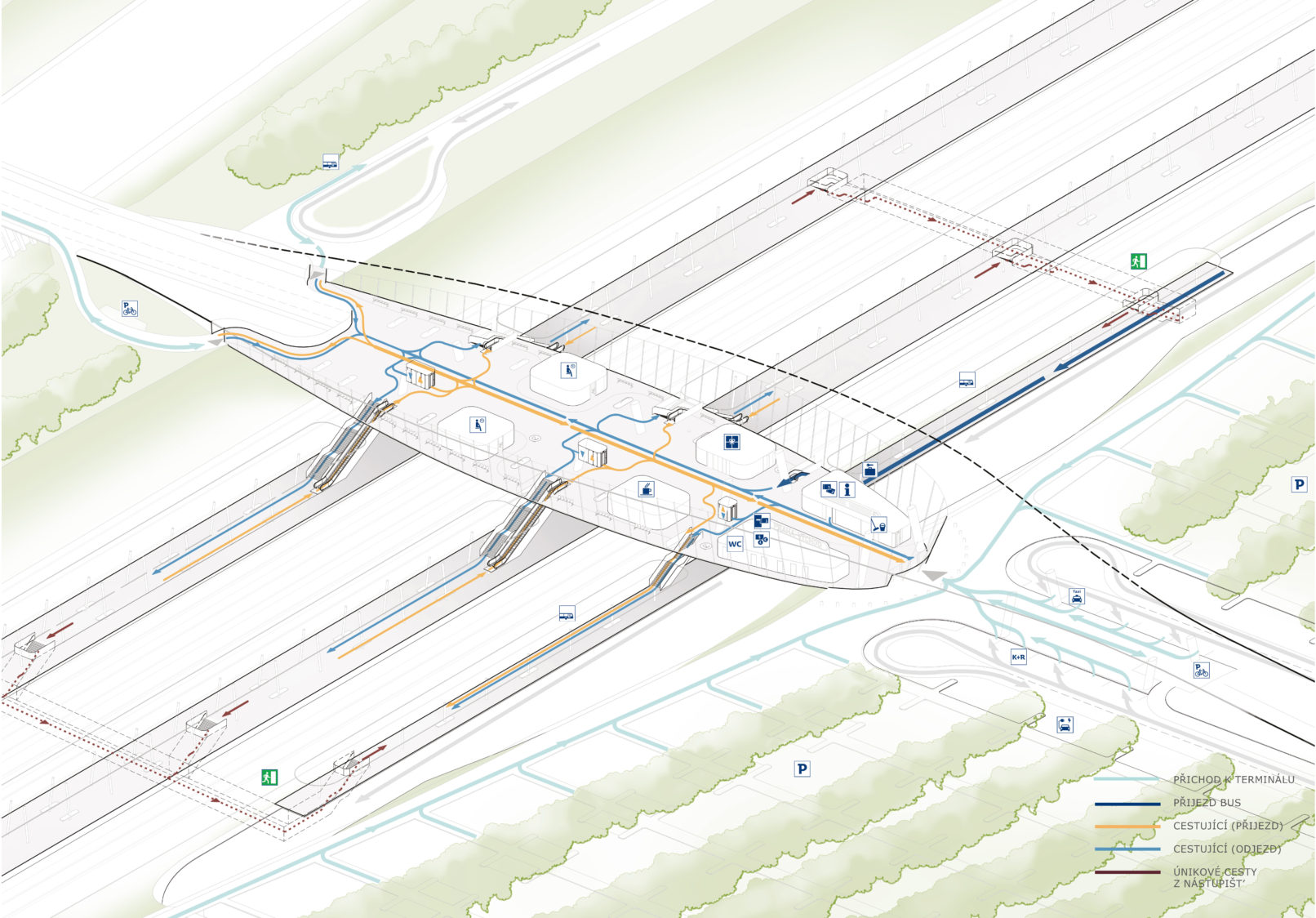