The task was to create a distinctive house that represents its owners.

The house is located in the neighborhood of houses and villas, where it was not desirable to somehow set aside by other forms. For this reason, the classic principle of tectonics of a family house was used, which divides it into the ground floor, floor and roof.

The older couple decided to move from a large villa to a practically furnished villa that will only fulfill what the couple considers important. It’s literally a studio apartment for two. It has no children’s rooms, no study, no guest room, no things to expect in a family house or villa. Apart from the uselessness of these spaces, the main reason was the feeling of emptiness of a senior in an abandoned large house. The feeling awaits each of us. The villa has shrunk so that only these two people can breathe life into it.

The villa is on an ordinary small plot in a residential part of Prague suburb. The surroundings were not inspiring to design the concept. The inspiration was the assignment of the owner. The owner wanted to have an apartment located on the first floor for the feeling of safety. The owner lived only in the apartment – does not want to use the garden, balcony or terrace as an additional space for housing. Basically it is an apartment building with one apartment. On the ground floor there is only a large garage, entrance, small fitness and wellness. The apartment is on the first floor. The apartment includes a master apartment and a lady apartment with a common area, which provides the functions of kitchen, dining room, soft seating and TV corner. The apartment is connected to the ground floor by elevator.

The mass of the house is a simple block based on the program and the regulations of the land. The villa has a large arcade, which creates an entrance area, a garage entrance, a shelter for fast parking of the car and an indoor area for outdoor soft seating. From this arcade is the entrance directly to the elevator or stairs. The distinction from the surroundings, the expression of the personality of the owner, was shaped by an experiment with a circle. Everything is based on Fibonacci’s sequence. This symbol appears in several places in the house. 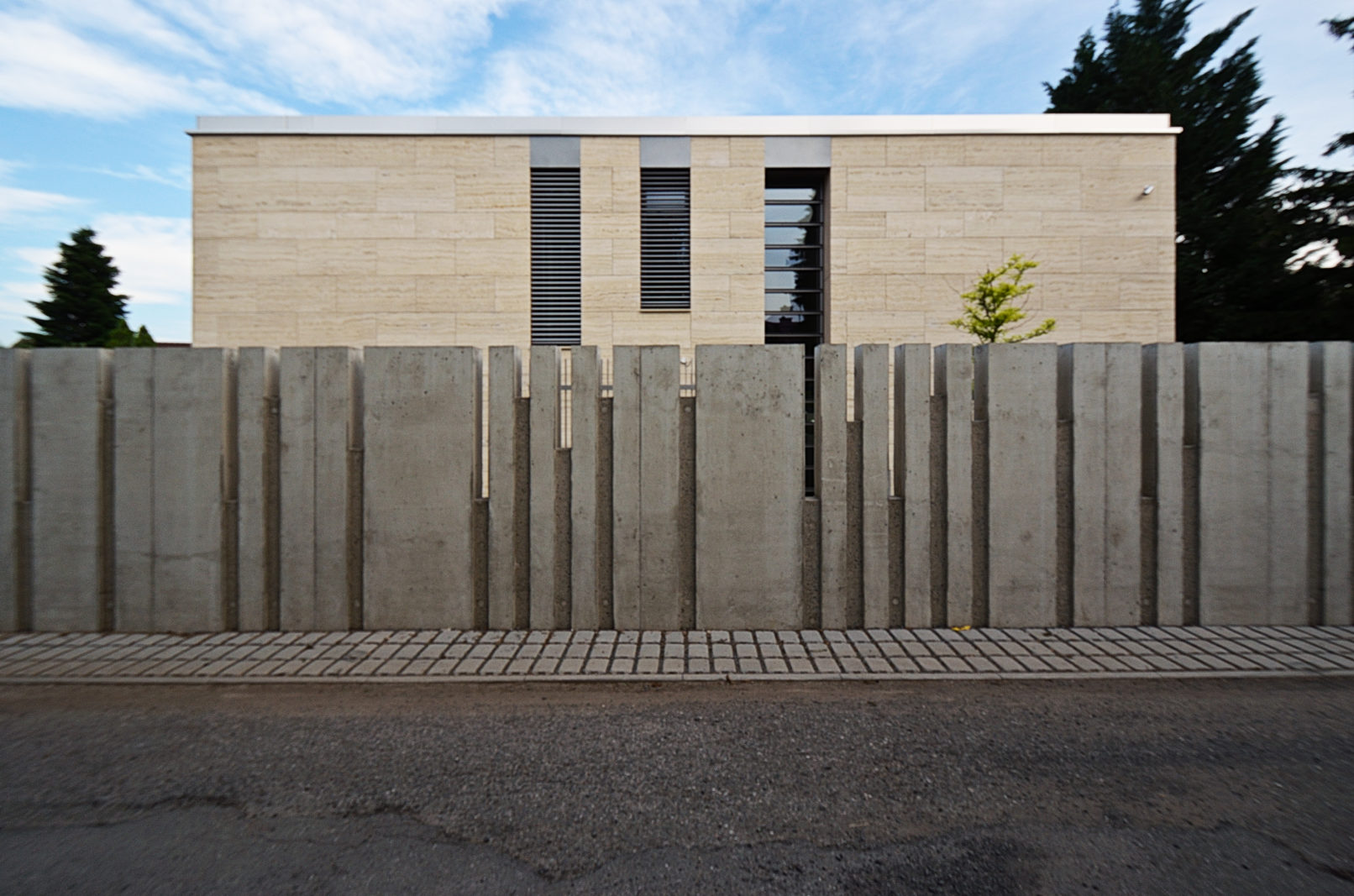 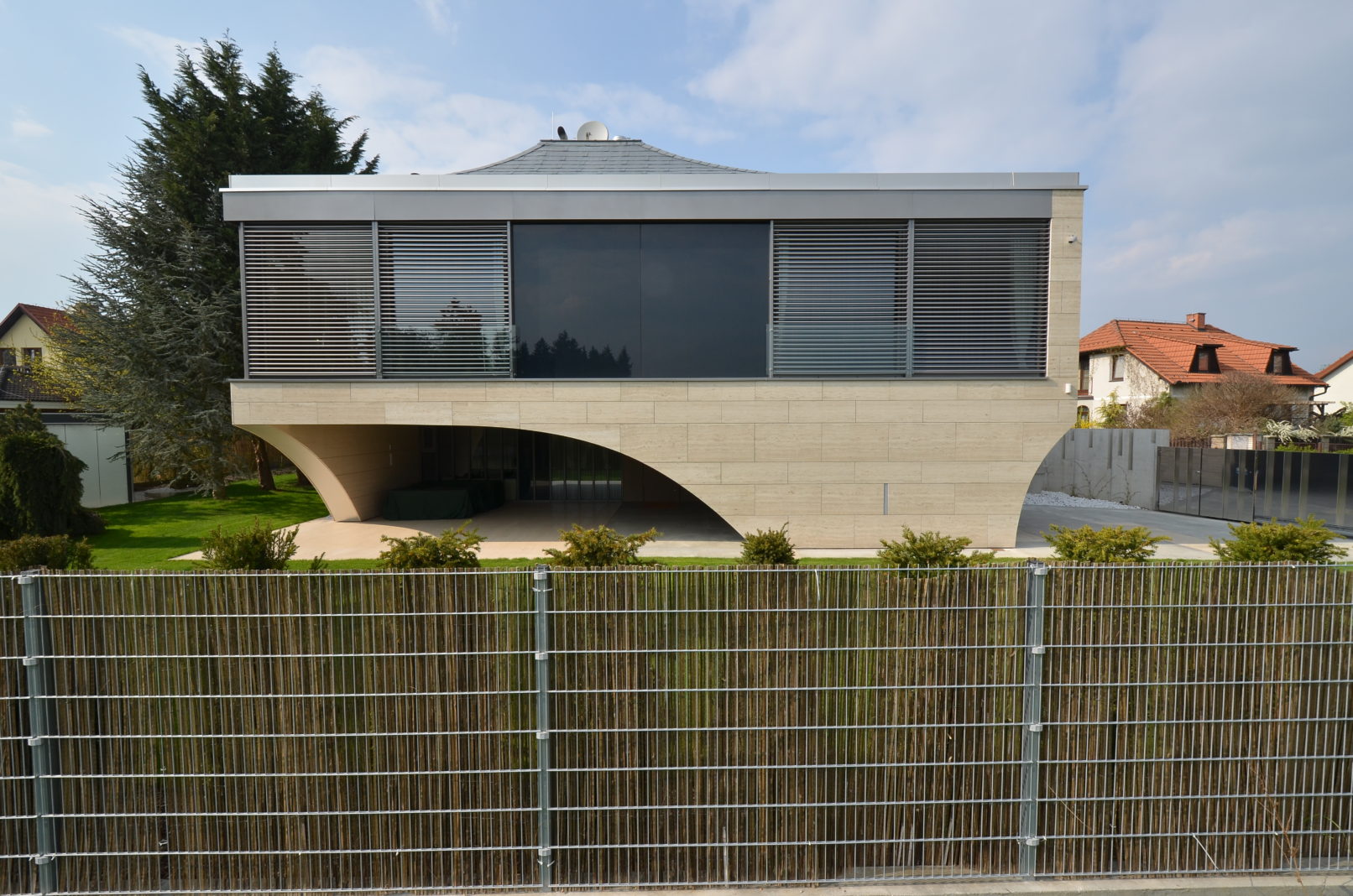 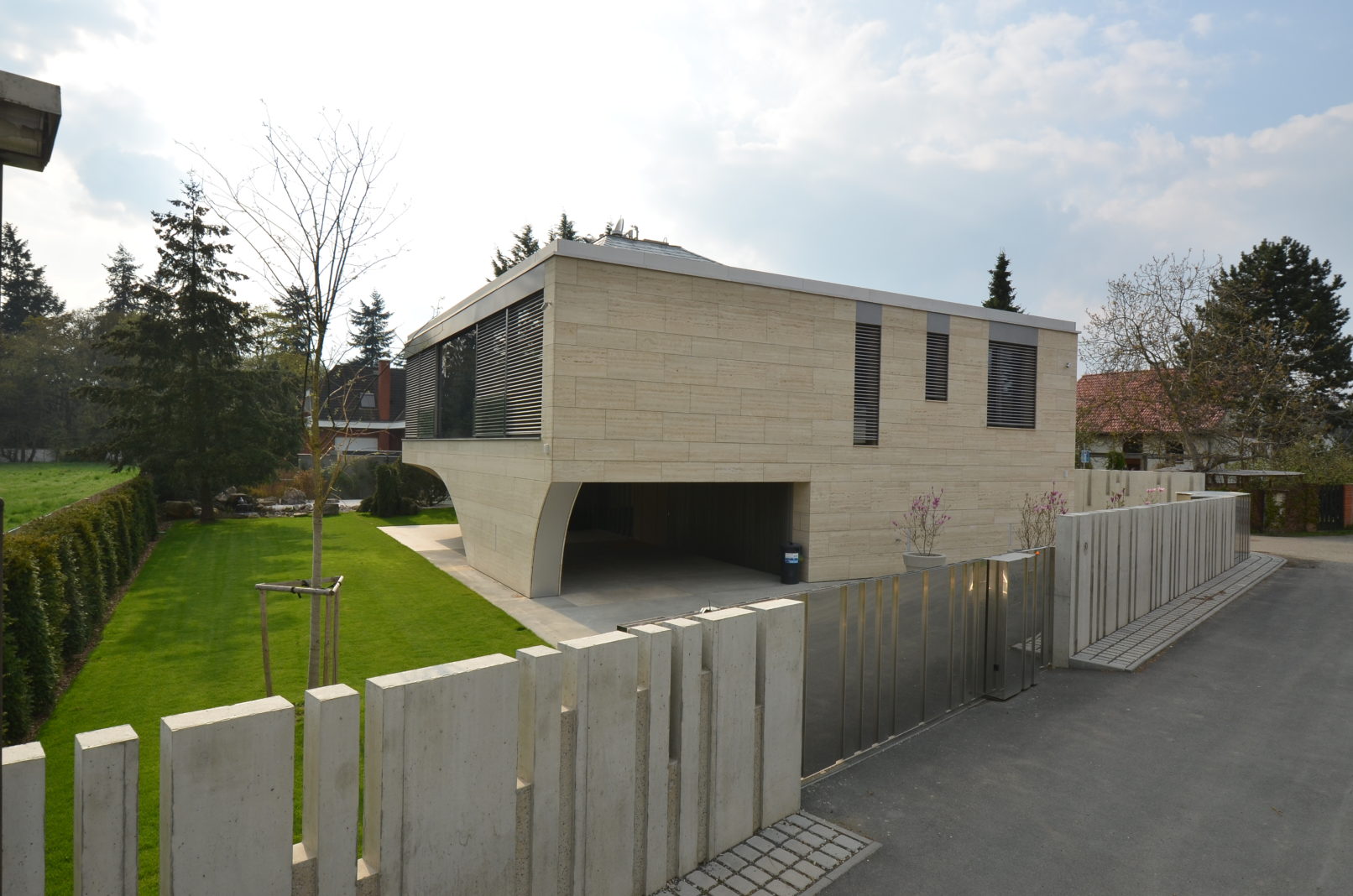 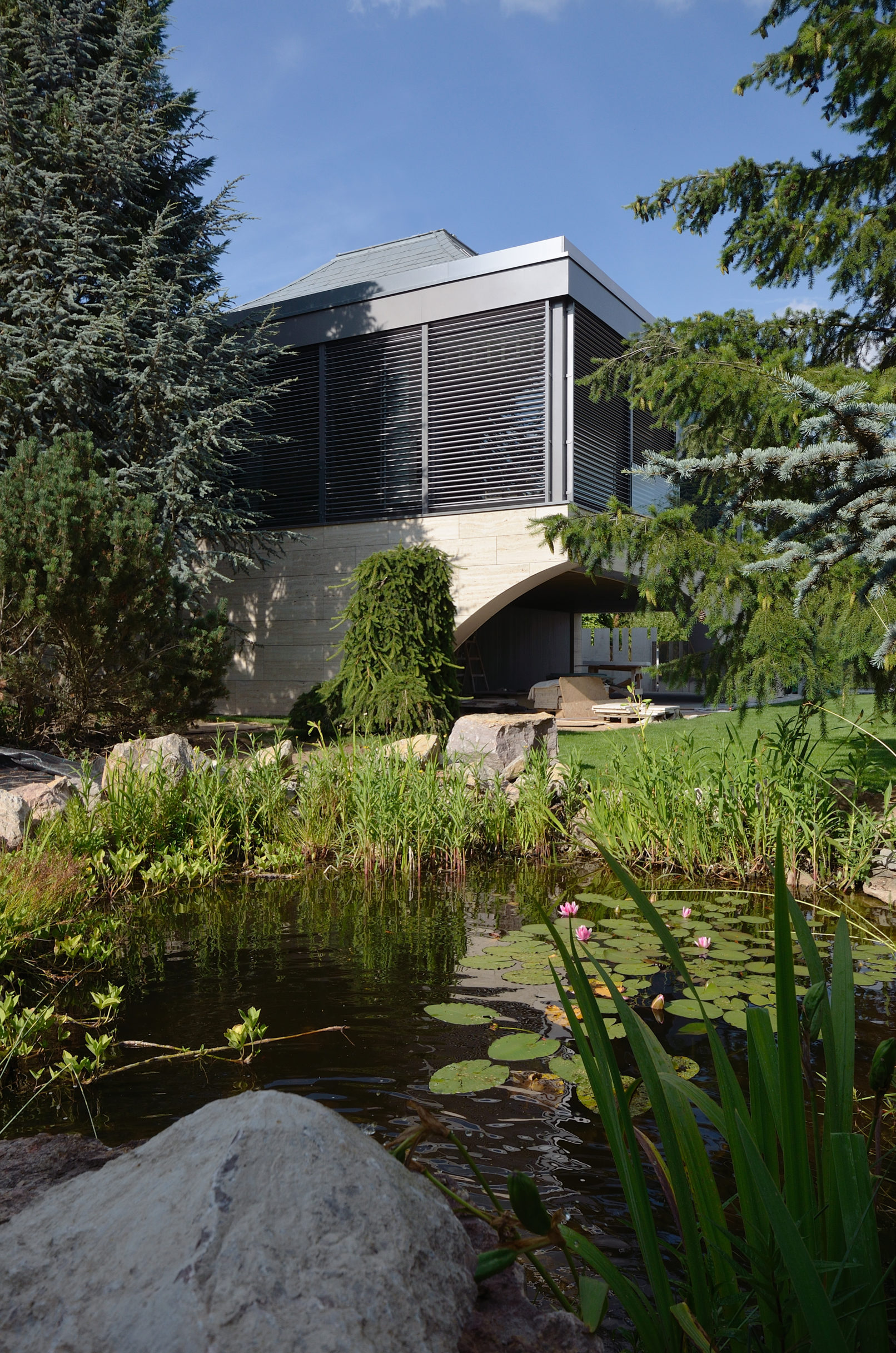 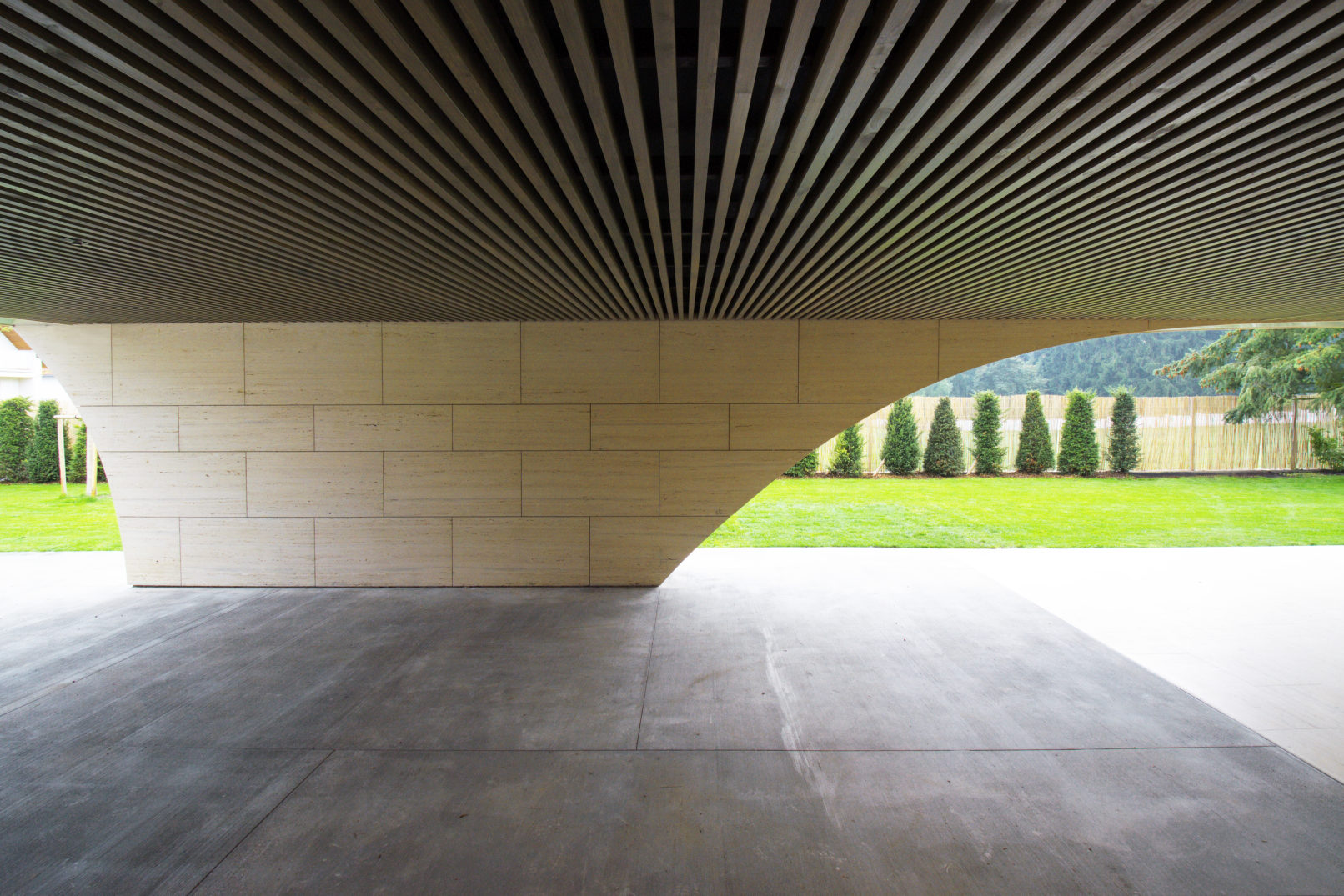 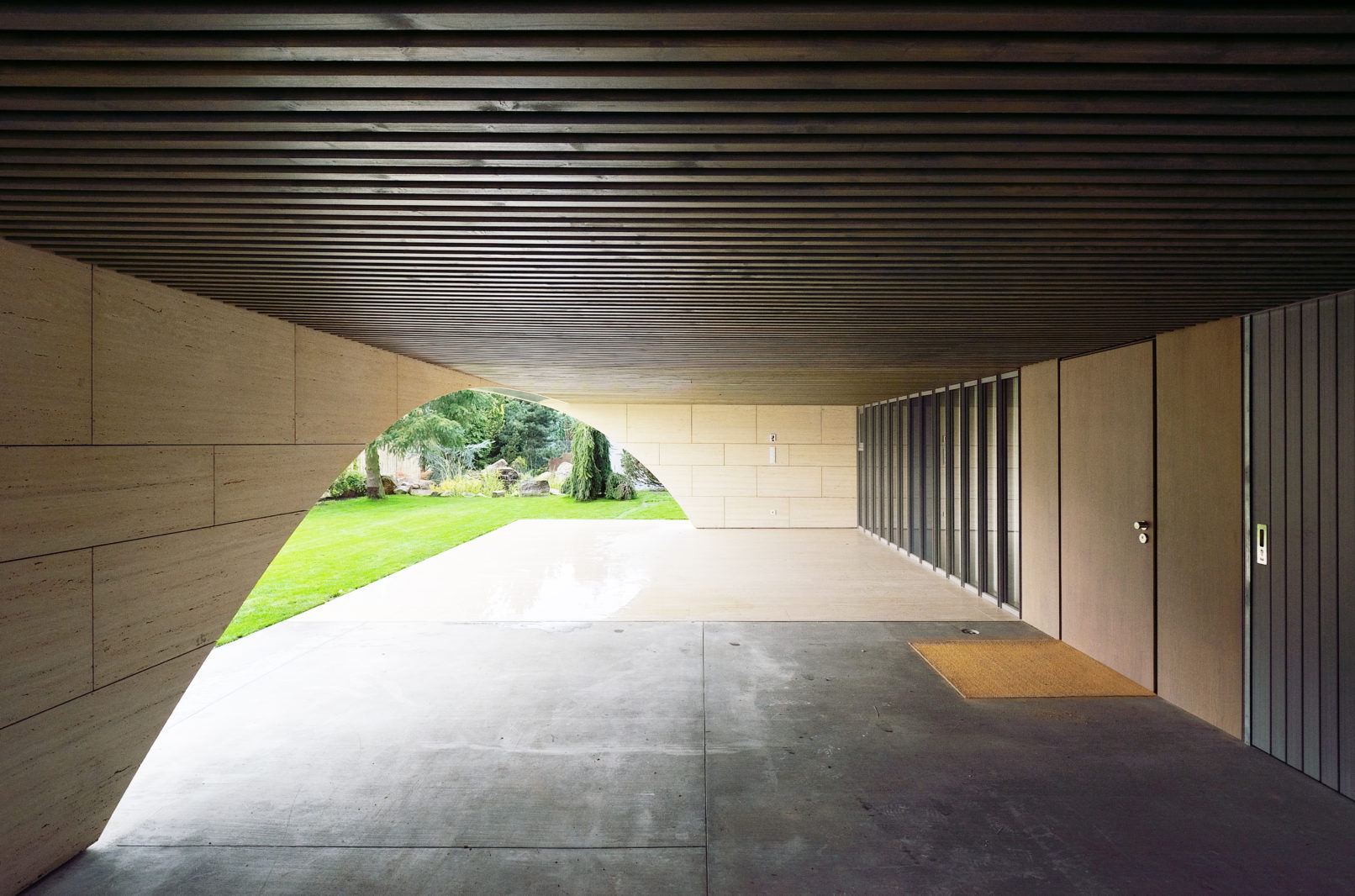 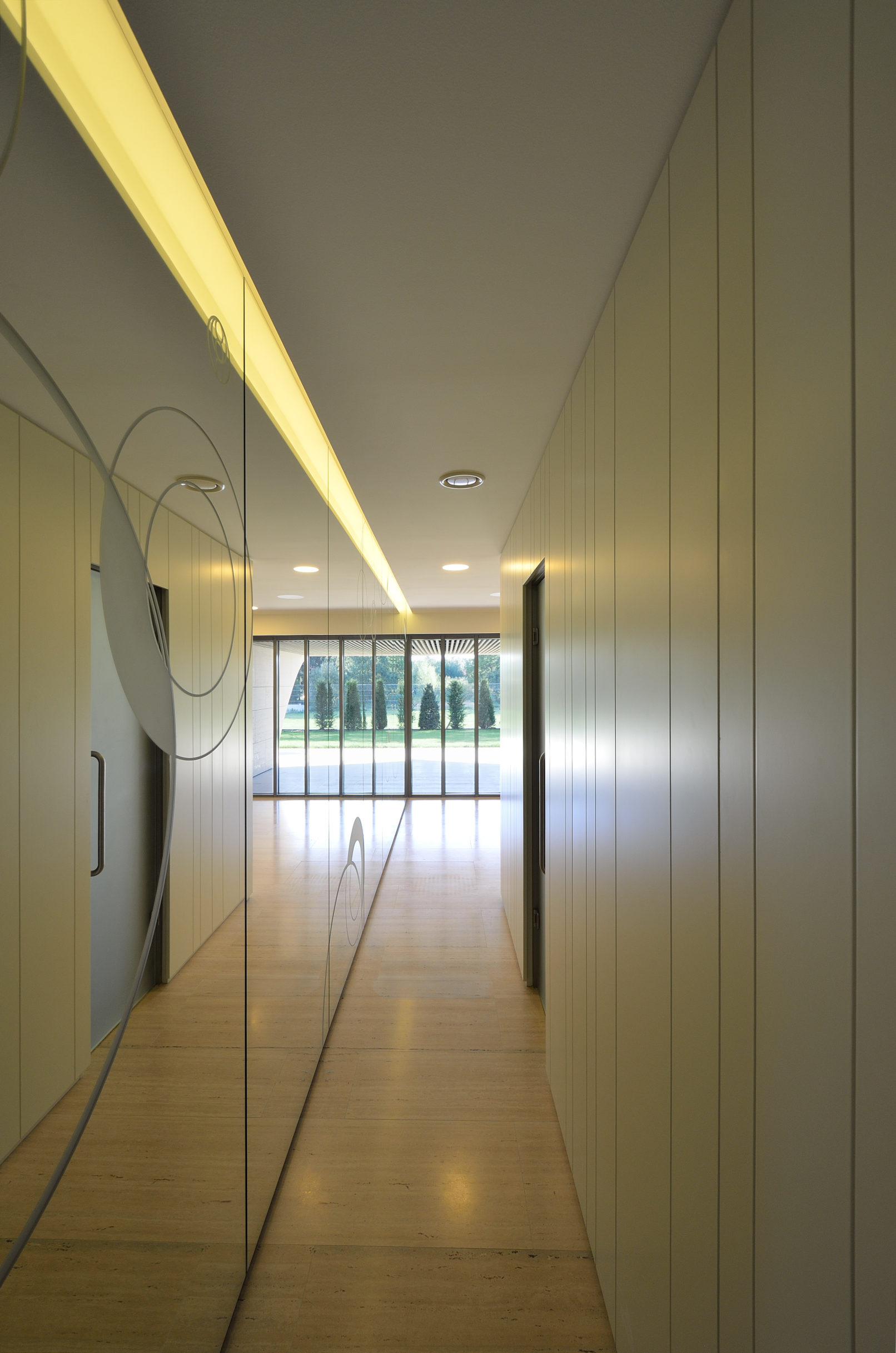 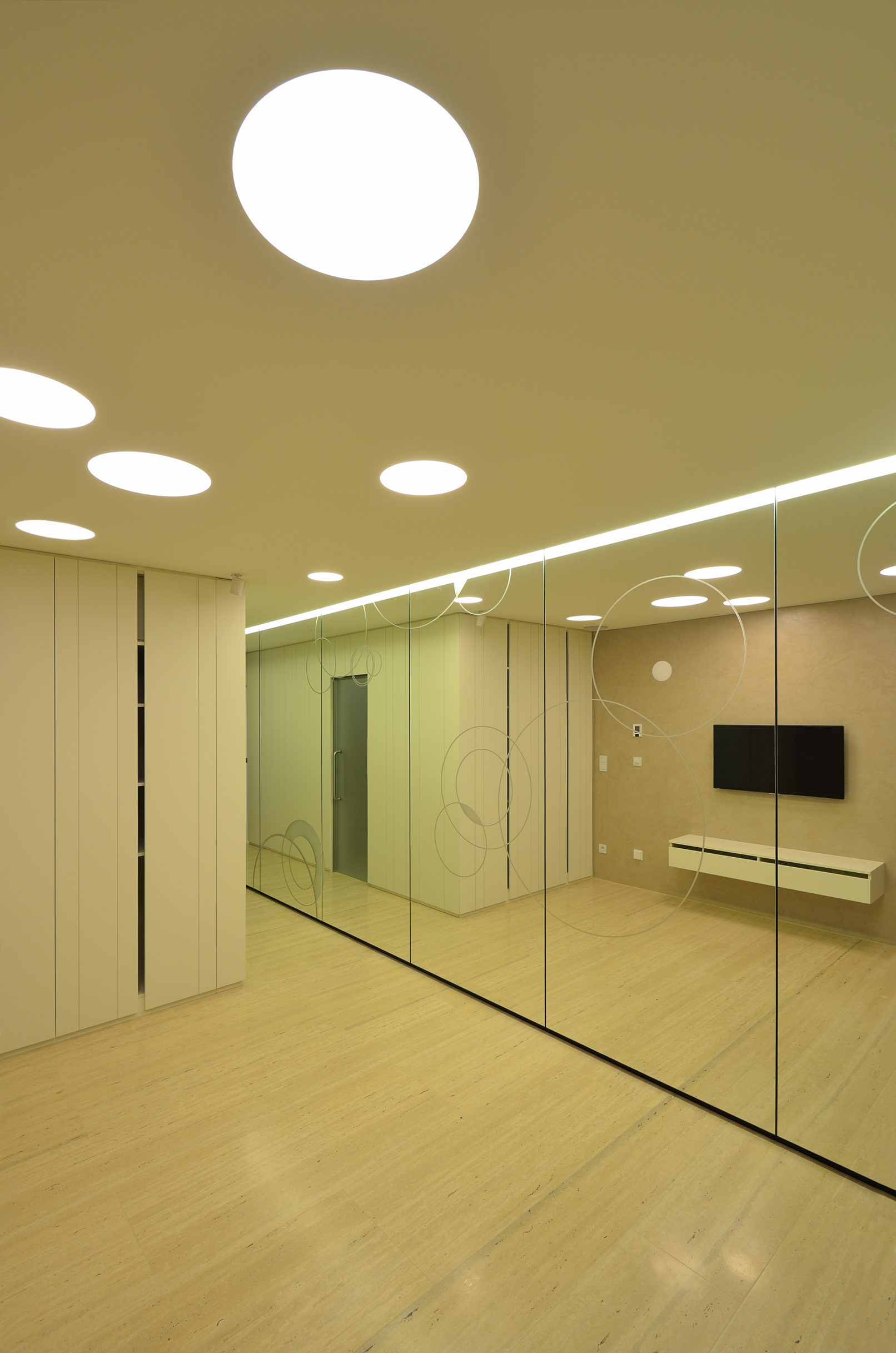 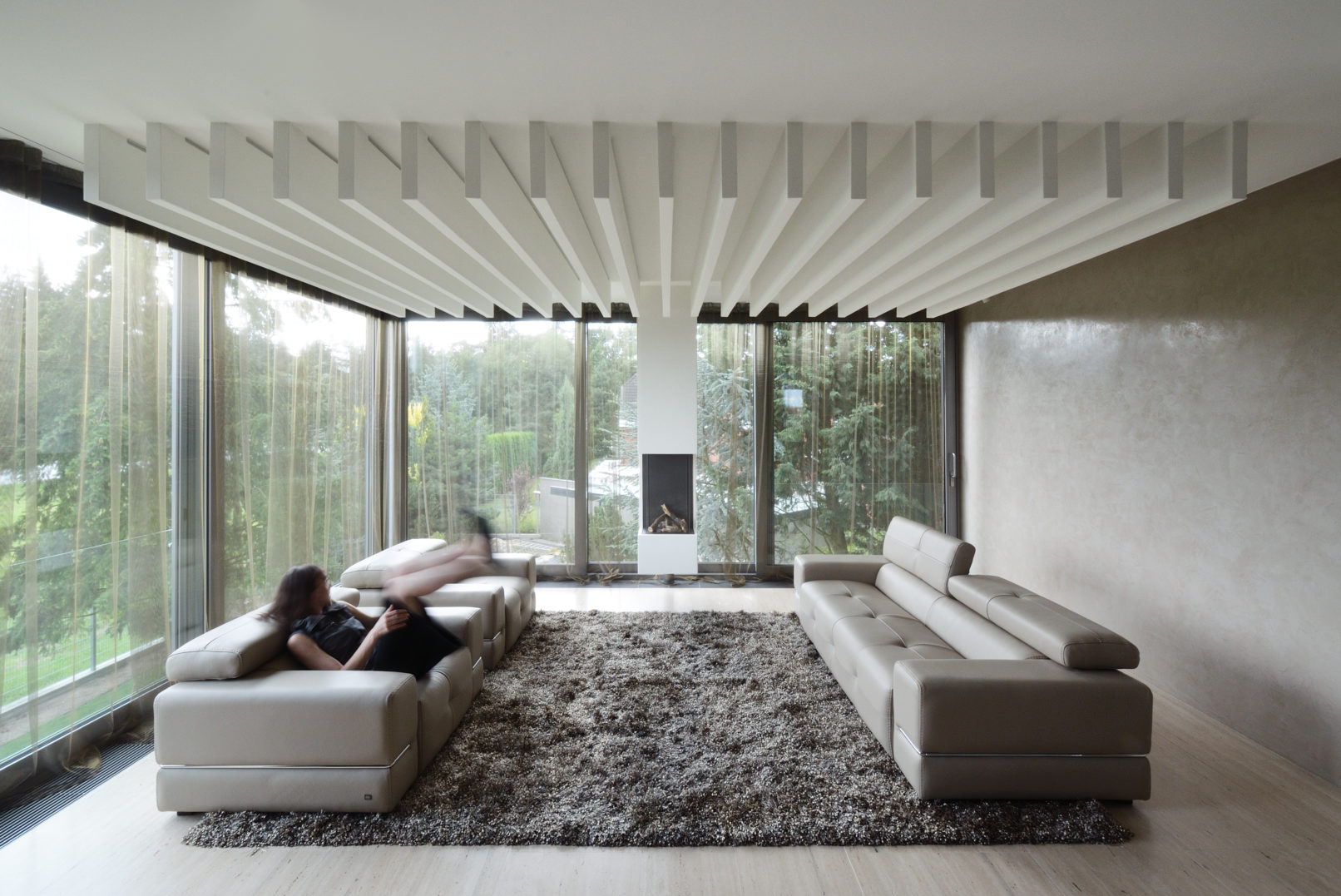 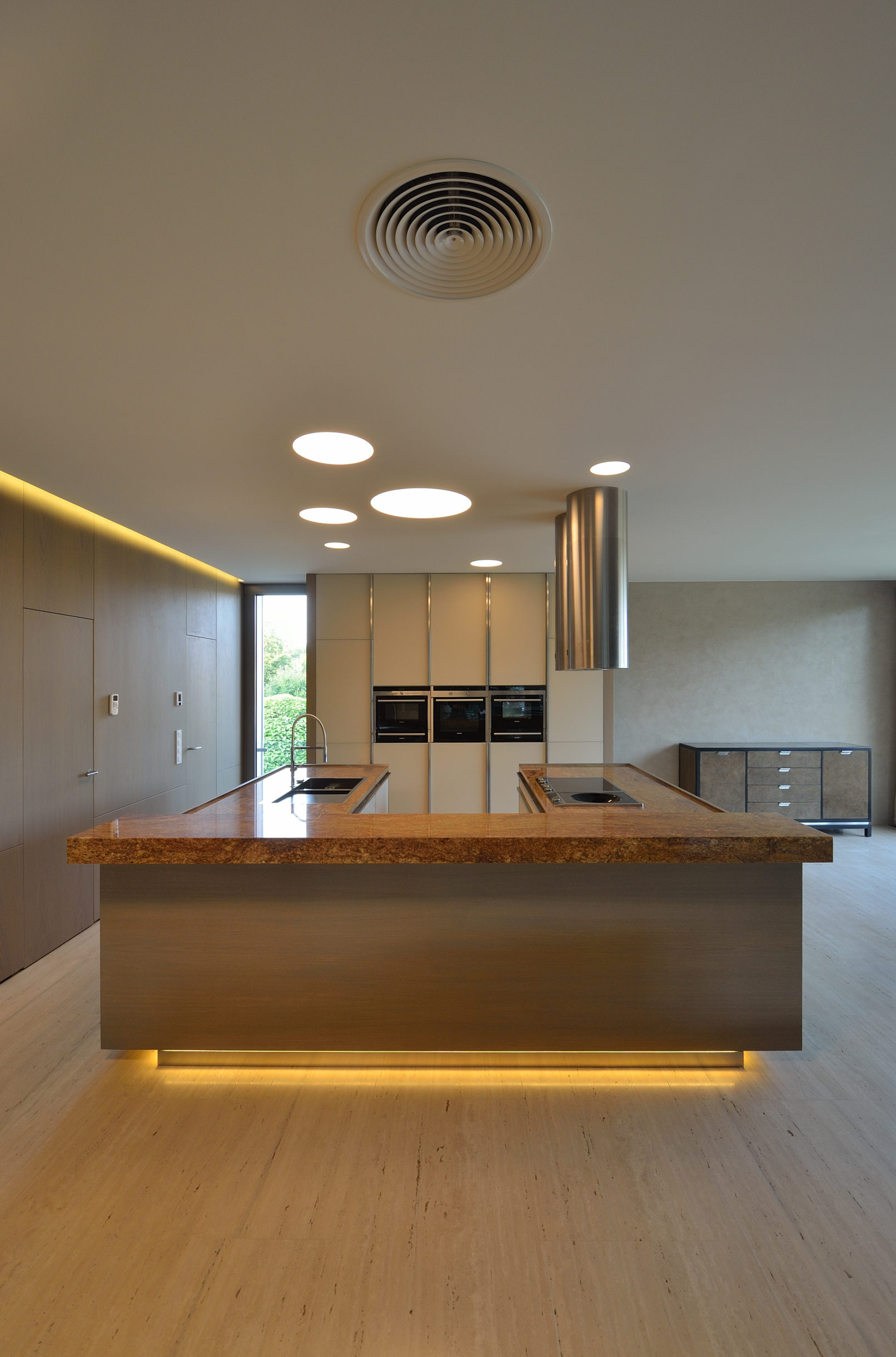 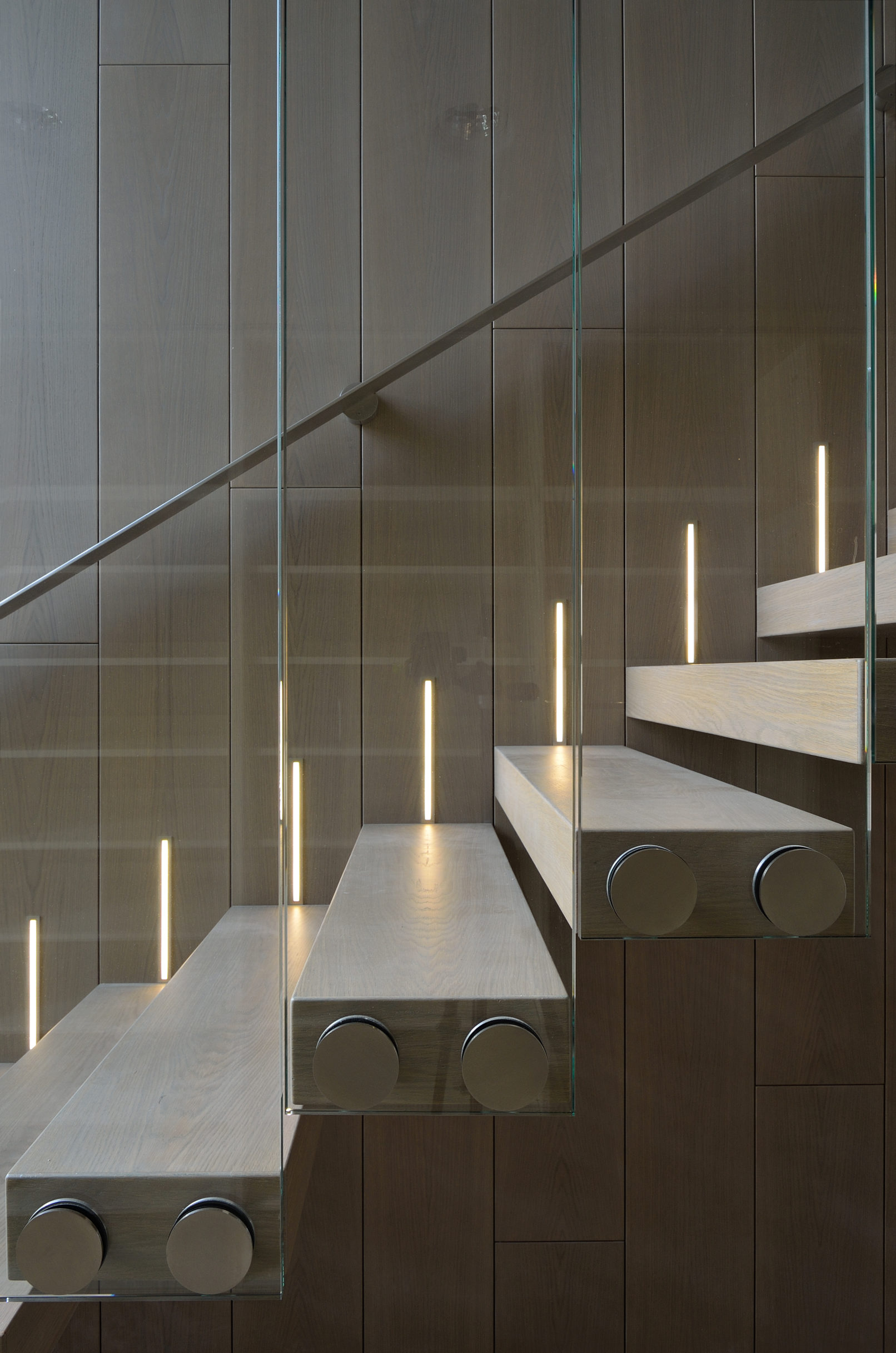 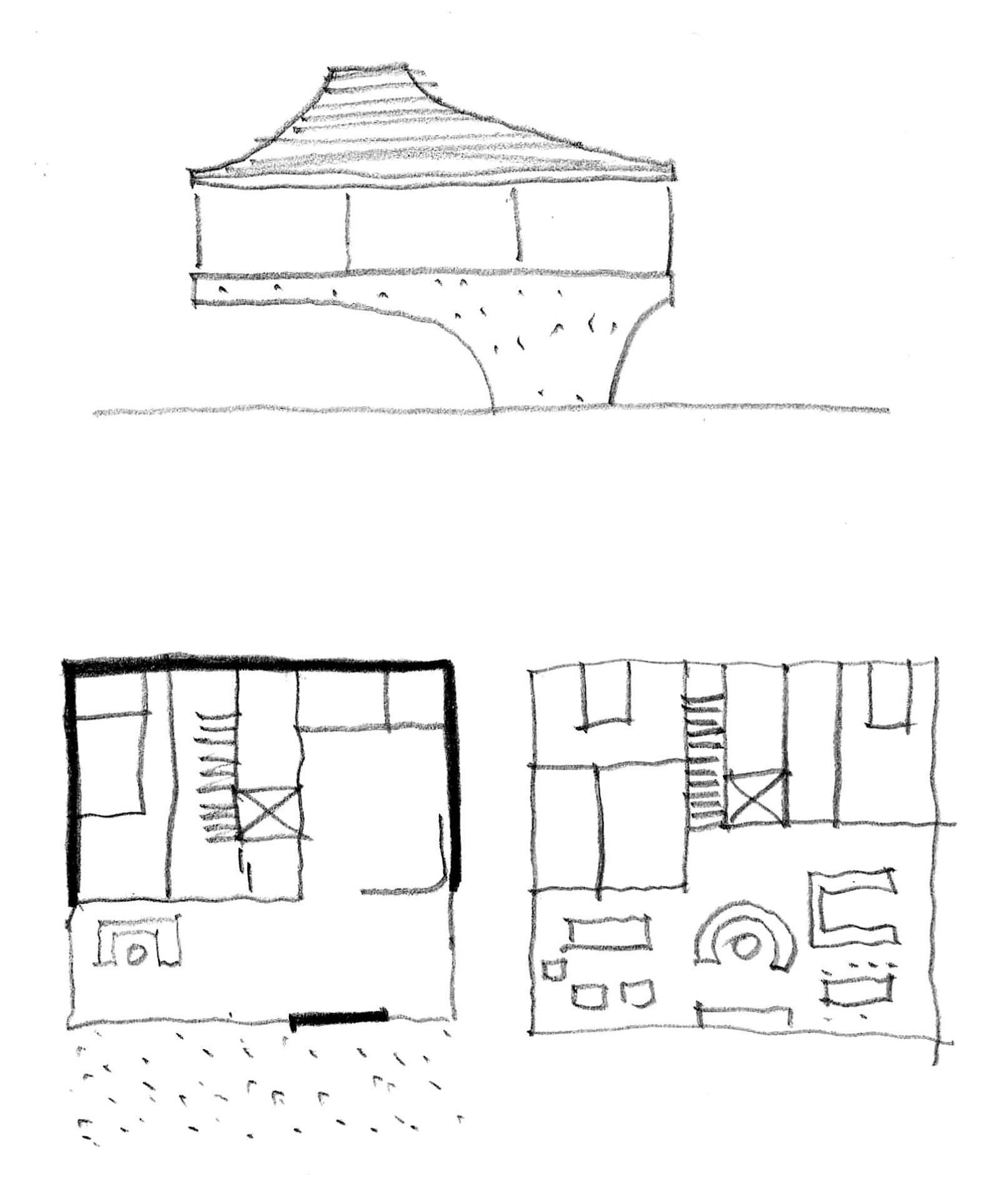