How to deal with volume development on a small plot on the outskirts of town.

Accumulation of multiple requests, tasks and assignments. Large volume for the number of apartments, a small plot of land, the most effective use of the area, the bevelled shape of the plot in one place can often give rise to an interesting design.

Development project of residential family houses. At the very end of the village around the fields and forests. The relatively busy program and the developer’s requirements were refined due to the urbanistic and mass structure in the surroundings by fragmentation – by disaggregating individual houses into small parts, volumes.

Build-up program – a large number of flats and family houses were refined by crumbling so that it does not arise huge building or complex, which certainly does not belong to the place.

It was a pilgrimage, a scrum, a chaos, which corresponds to the country’s built-up area, which consists of these principles. We did not want to create large housing estates here. The character of the place feeling should always be that we are in a small village.

The area is urbanistically divided by classically ridge, where the main roads are perpendicular driveways to individual buildings. At the same time, this orientation of communication and urban structures is based on the need to open the area to the adjacent nature, so that from every residential street, every time you come home, you step outside the house, see the surrounding nature. You feel it all the time if you are outdoors. You are still aware of where you are – you realize the place. The whole settlement creates a shiny white sponge, but if you enter it, you understand its system and you are easy to navigate. It is a concept where a housing estate, a group development, a settlement should act as a whole, perceive as one structure, like a pueblo. Thus, there is a sense of belonging in one tribe. It is not clear where the house or apartment of one family ends, or where the other, everything merges into one. There is a separate community, which will probably work and care for the whole tribe due to this feeling.

It is a classic brick wall system with monolithic reinforced concrete ceilings. 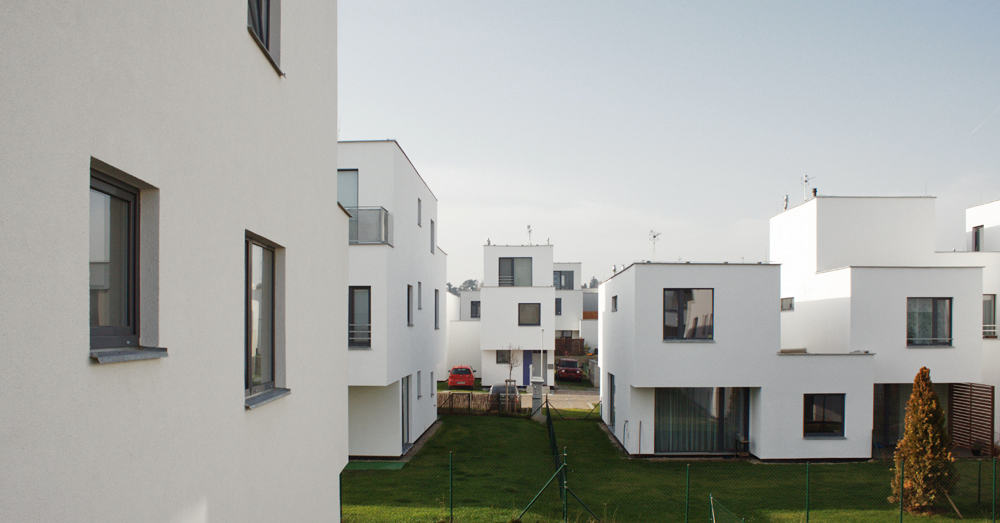 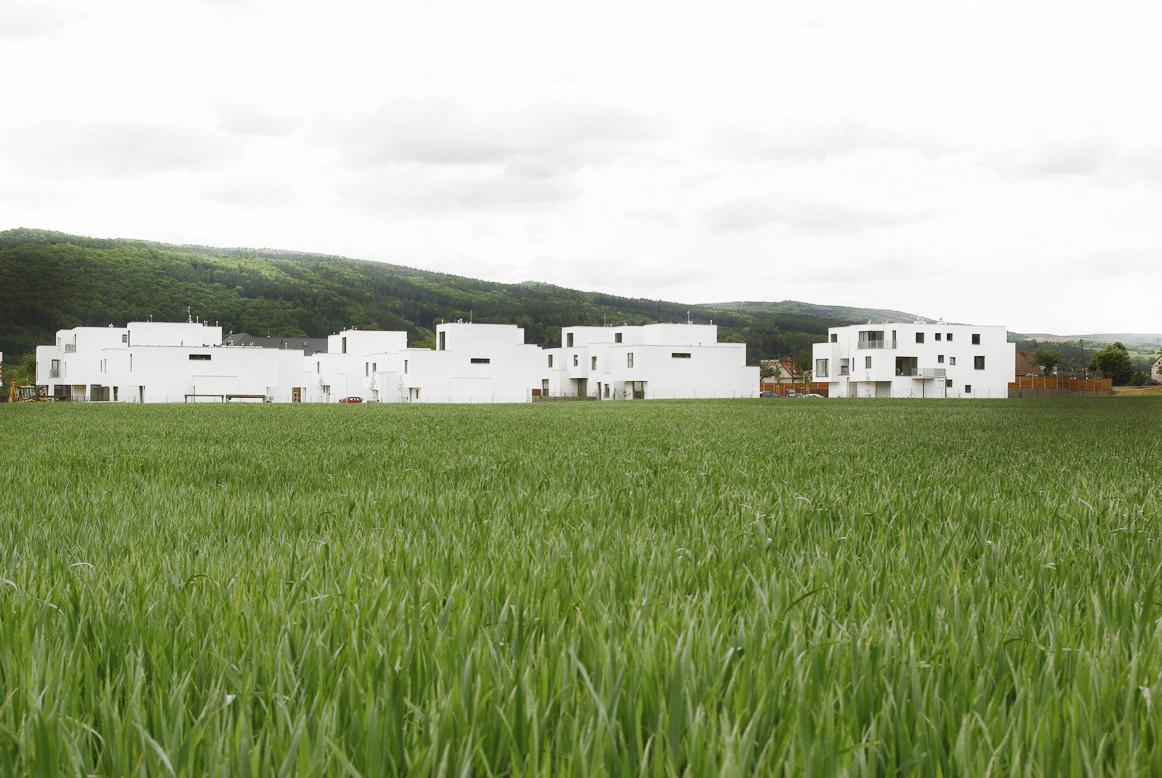 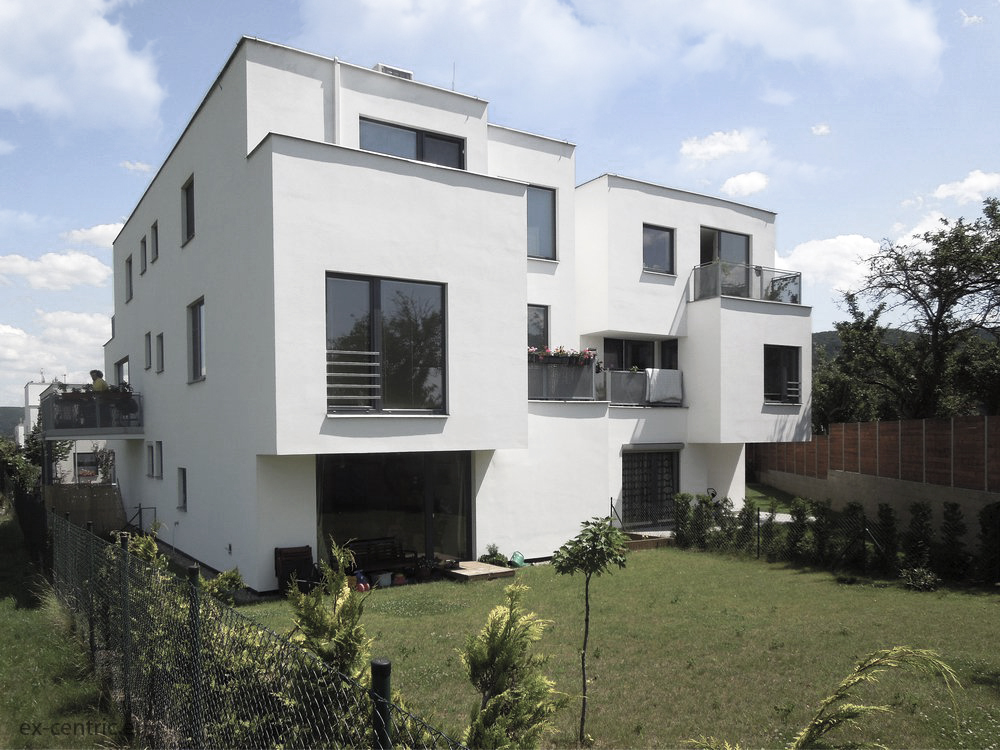 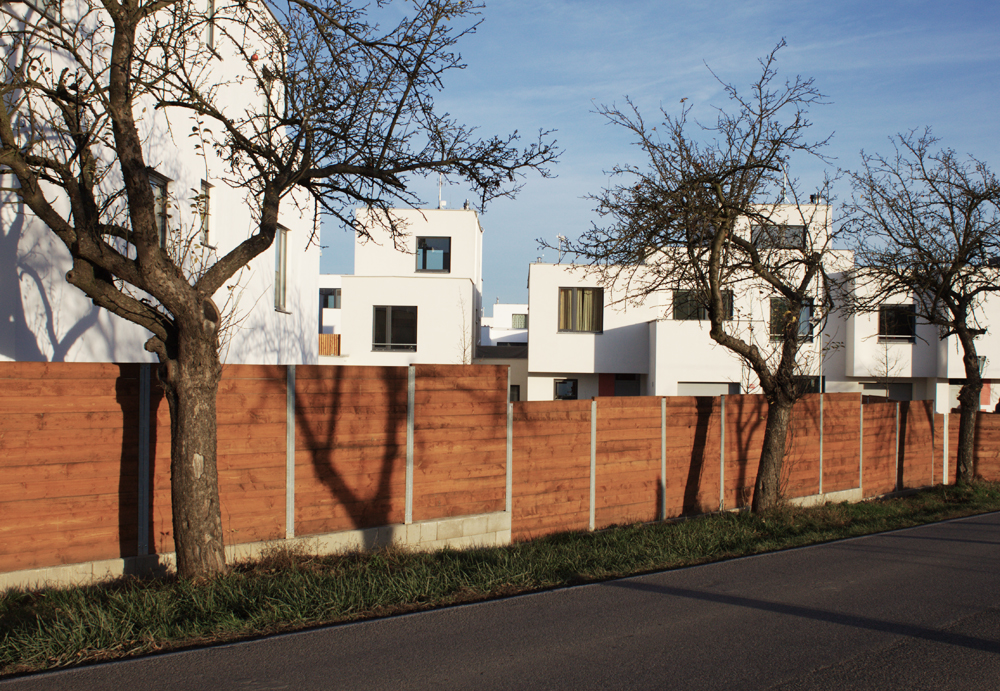 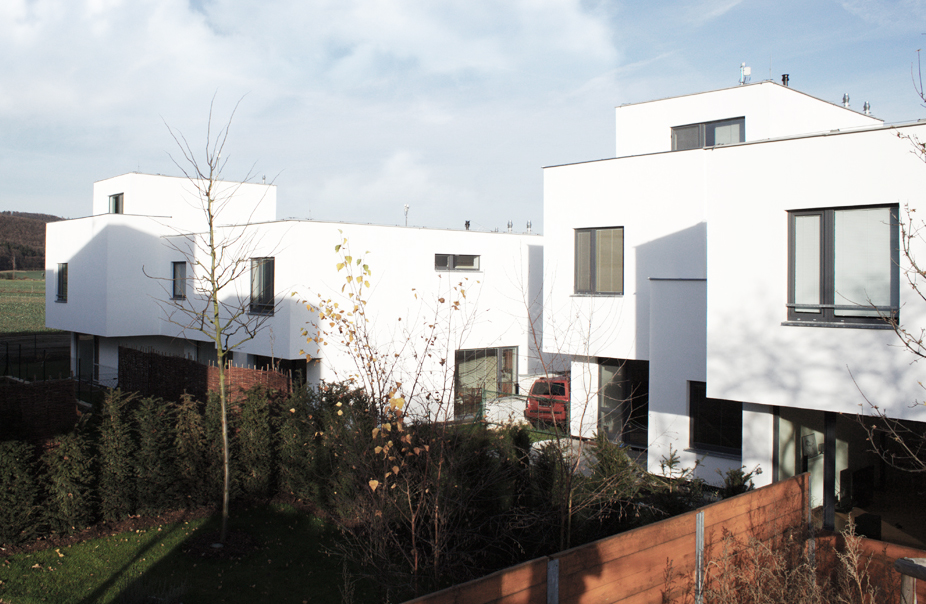 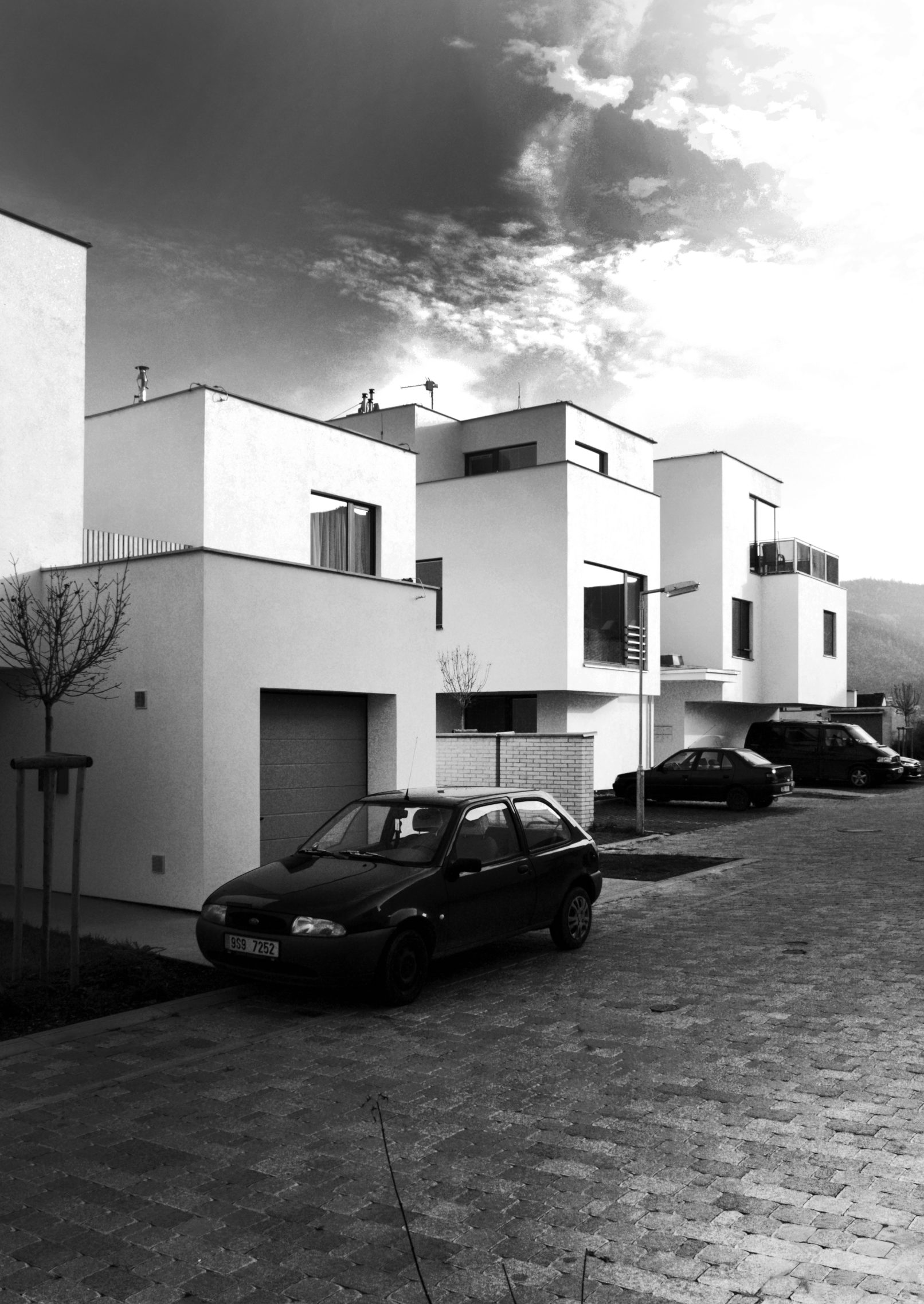 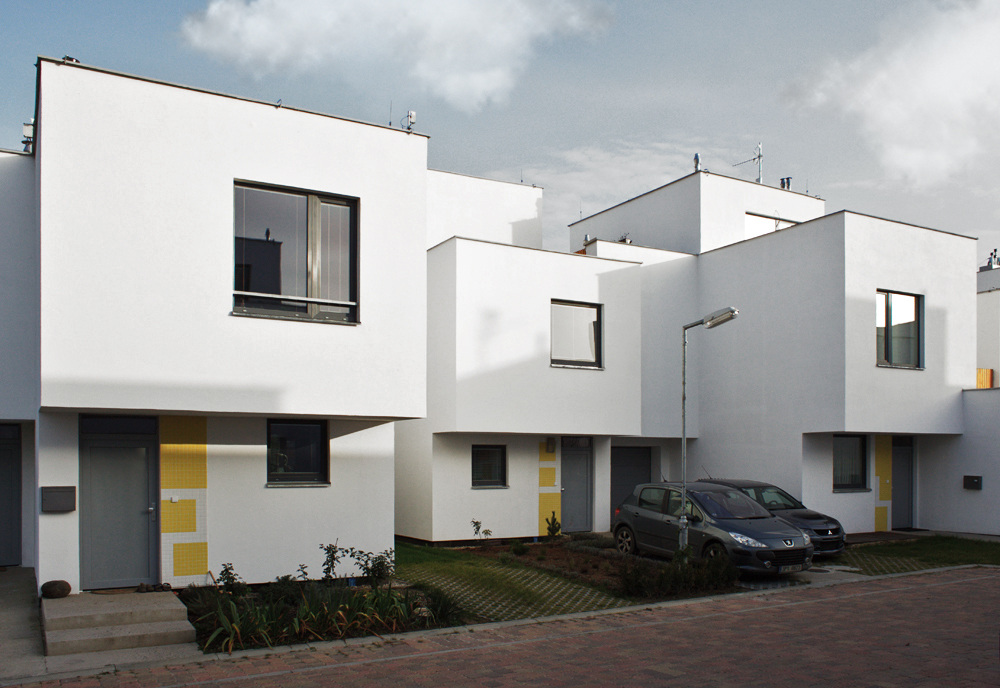 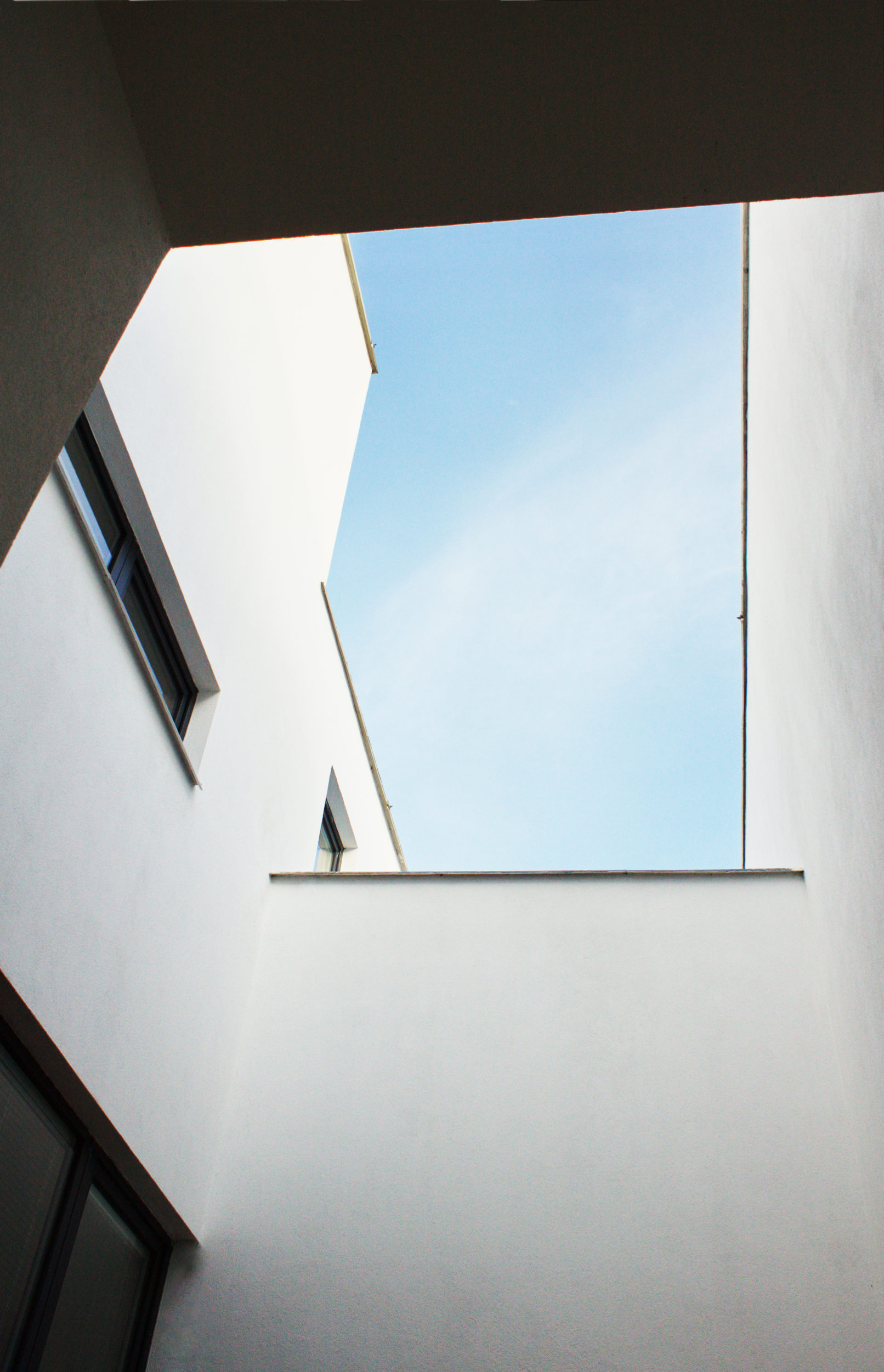 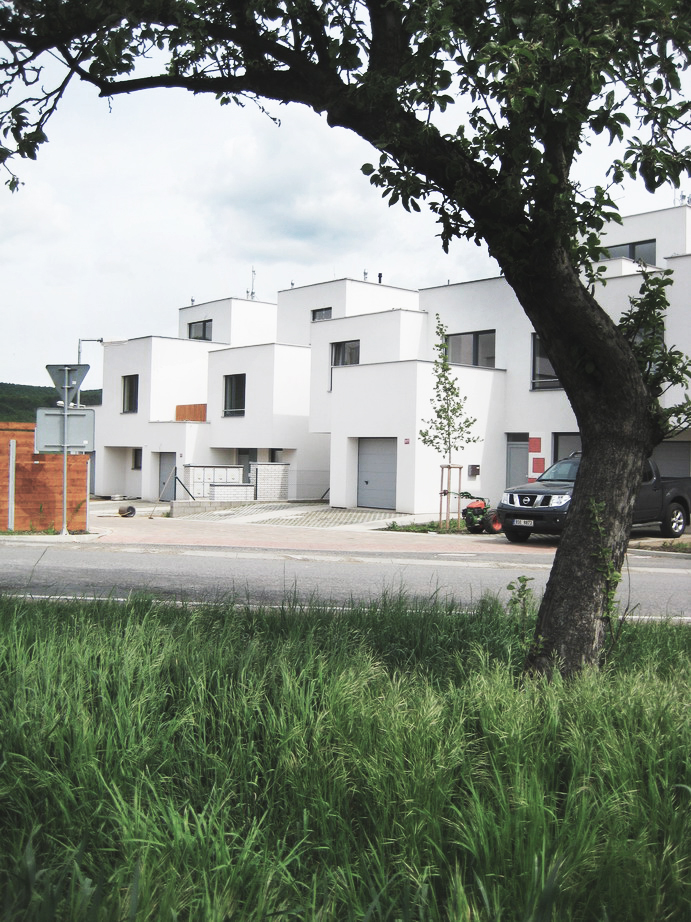