Award: Reward in the competition

Urban design of the Špitálka locality awarded by the jury in an international competition.

Our main idea is not to design only one unifying urban concept. The idea is based on finding and understanding the different parts of the solved territory. We did a huge effort to analyze the site, its urban structure, history, characteristics and atmosphere. We have managed to find three basic urban structures that we have called Core (1), Bronx(2) and City blocks(3). Each of these structures are characterised by something specific and exceptional. We did not combine them into one endless and boring structure, but we strengthen their character, emphasize and individualize them. That is why we have created distinctive interfaces that clearly define structures. Defining tools are the NMT (New City Boulevard), the Svitava gutter with its natural surroundings and finally the newly designed Urban park. It is important to realize that these interfaces visually define structures, but also serve as an important place for people interactions and the center of their life in the city. 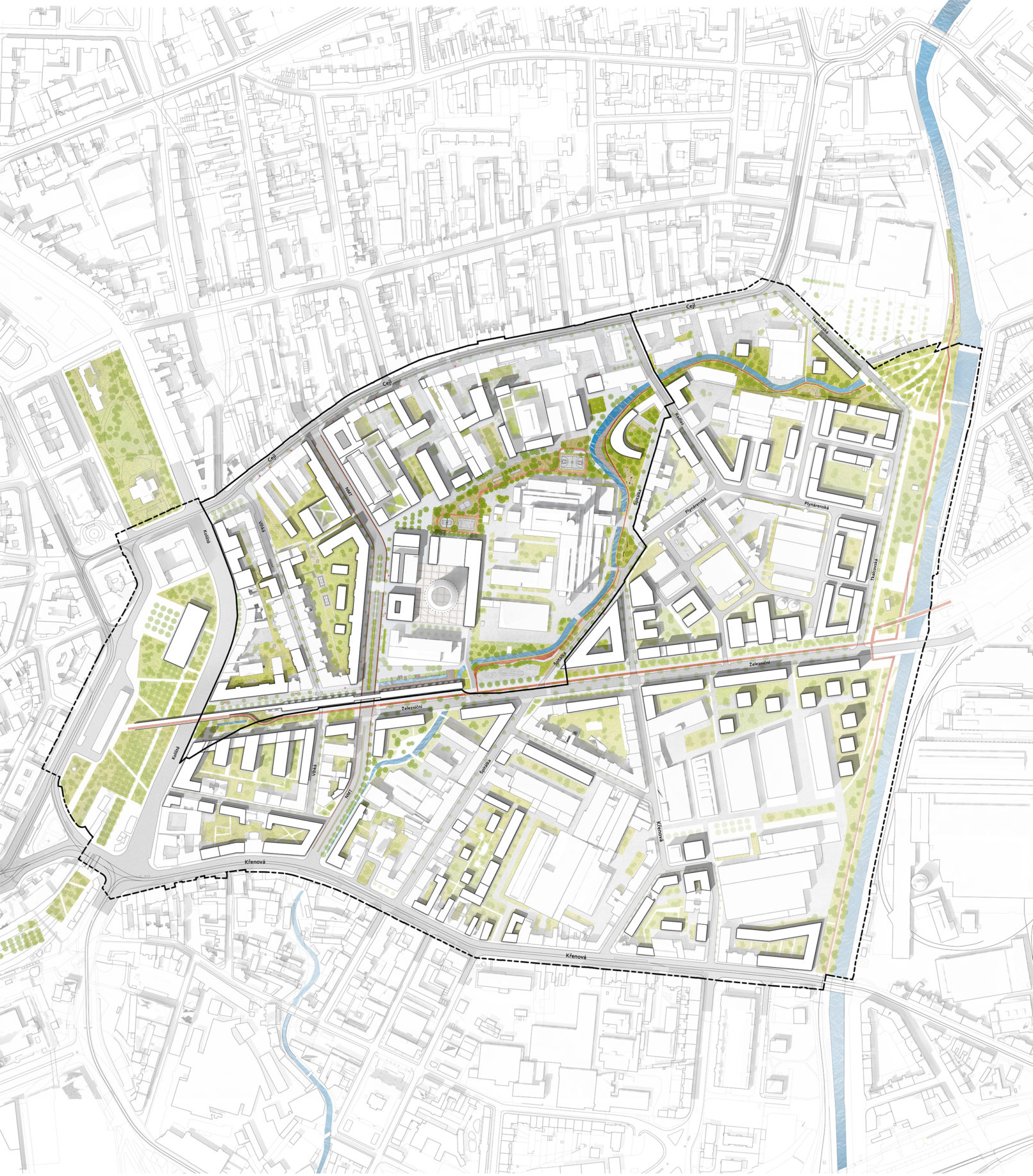 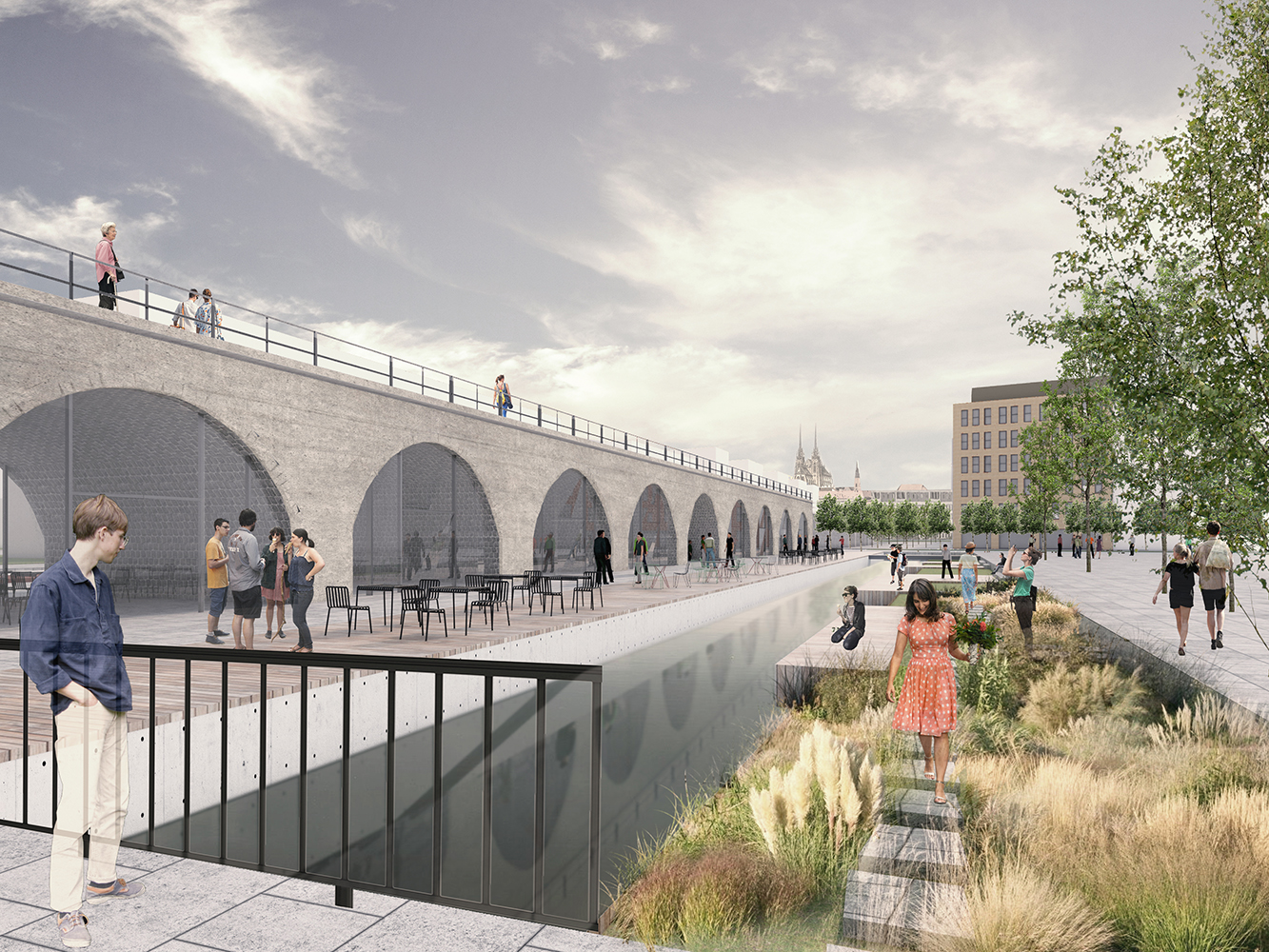 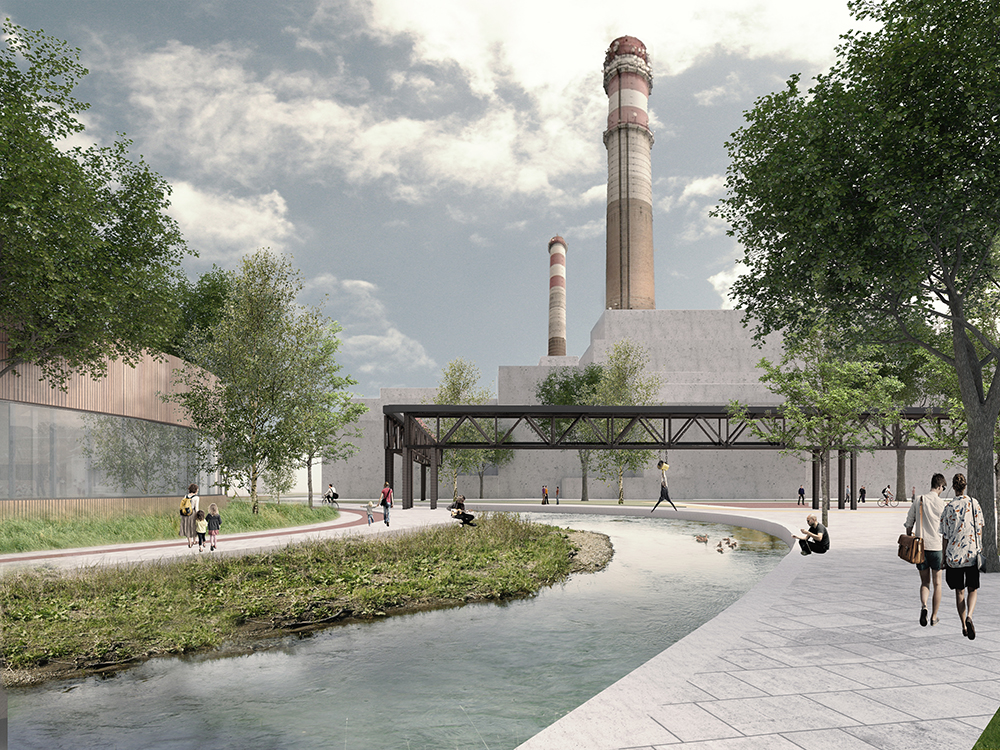 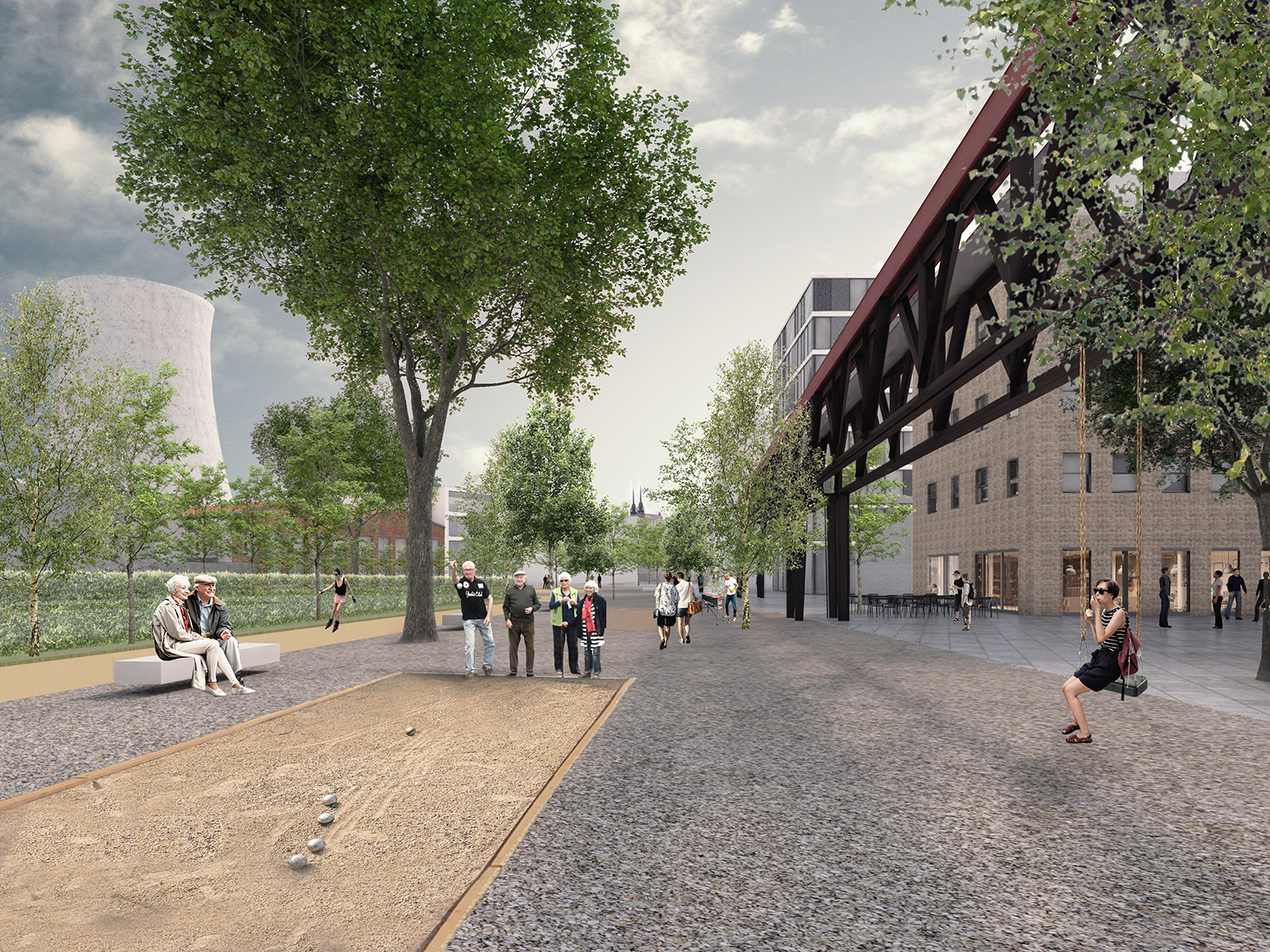