This architectural study designed for company Metrostav Developement a.s. was developed by our studio with an active approach to achieve the principles of creating new urban spaces and sustainable living. This proposal aspires to meet the rigorous standards of economics, sustainability. The design heads for creating quality living inside, as well as supporting a community in the area.

Given location “Na Vackově” is one of the dynamically developing districts of Prague. The construction of new apartment complexes has become a major trend in the development of this area and the assignment of this architectural study is no exception. The aim is to create a new residential building in the locality, which is attached to Malešická Street. The design must respect the existing buildings in the area and at the same time set the trend for its future development. The capacities of the proposed volumes are around 25,000 m2 of HPP in approximately 290 housing units.

The design focuses on determining the contemporary identity of building, its face. The principles defining this identity are applied in mass and also in detail, thats unifying the design into a complex and distinctive house. The idea of identity, as a mountain and its interior cave, develops the utilitarian idea of ​​solving the design as a city block with an inner courtyard. The high-rise and architectural concept of the block as a whole and the function of the courtyard as the interior of the mountain intertwine into an unmistakable and distinctive appearance, IDENTITY.

Closing the volume from the surrounding areas brings peace and quiet for the inhabitants and creates an inner semi-public courtyard. The spaces of the courtyard expand into the very mass of the house, where intimate nooks are created. In the middle, the grotts are formed by the treetops. The green yard has its own microclimate and an atmosphere detached from city traffic. Distinctive passages to this giant green cave are located in the street facades.

The basic street network of the area is not significantly affected by the proposal. Malešická Street is the main traffic artery in the area.The design strengthens and creates new pedestrian and bicycle connections. It enriches these jumpers with new qualities of parks, public space and activities.

The spaces around the pedestrian areas are conceived generously in the form of city parks. The three transverse parks leading north from Malešická Street are further connected by a linear park associated with the existing cycle path. This solution creates an ideal environment for placing apartments in contact with the public space of the city.

Public spaces and a commercial parterre are concentrated in Malešická Street. In contact with the street, the parks are extended by paved areas for the possible use of restaurants and other activities.

Publicly accessible areas of the parks are concentrated in their center so as not to disturb the living spaces of houses. These extended jumpers line the raised and planted ramparts, which form a natural barrier between the private and public life at the 1st floor level. 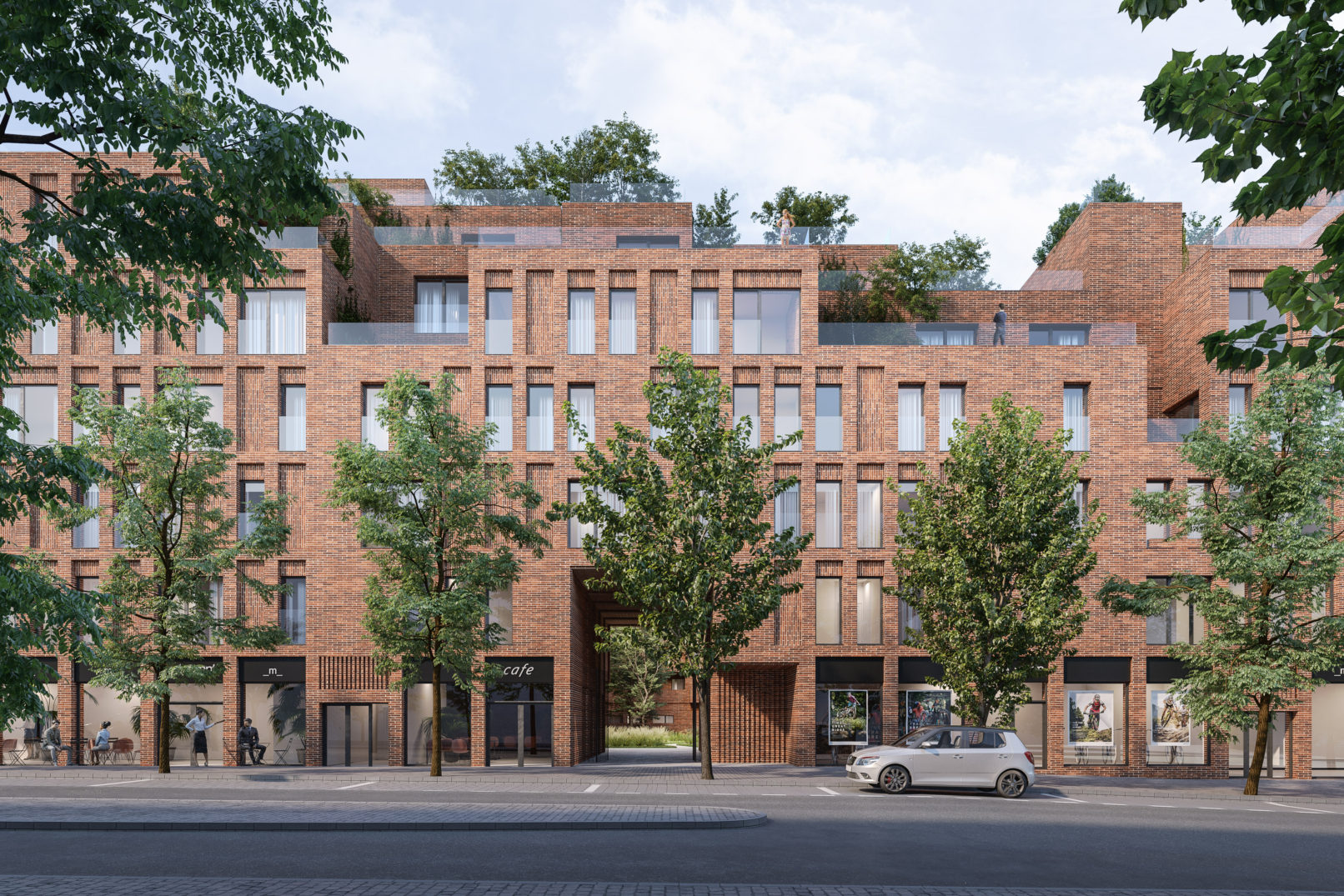 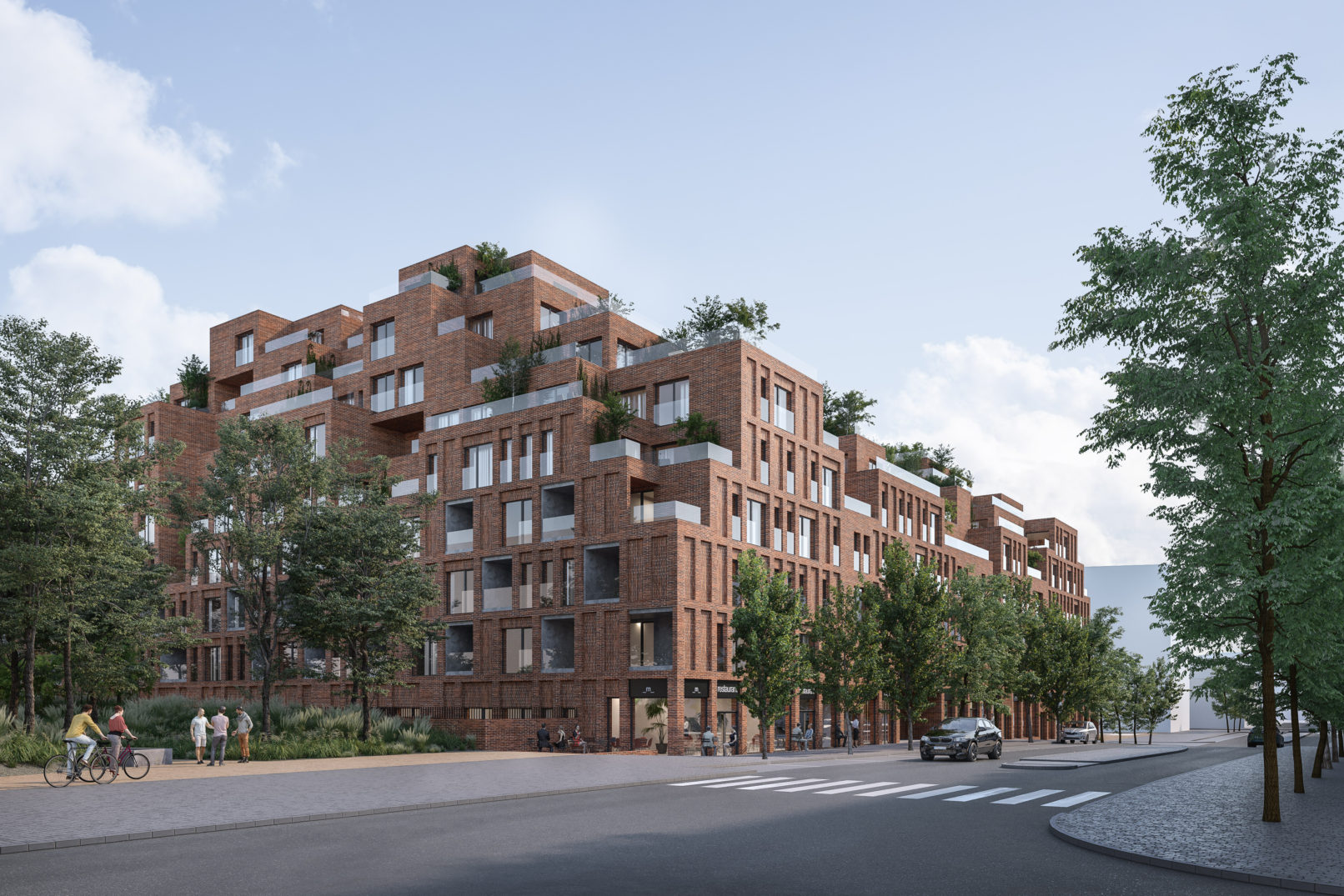 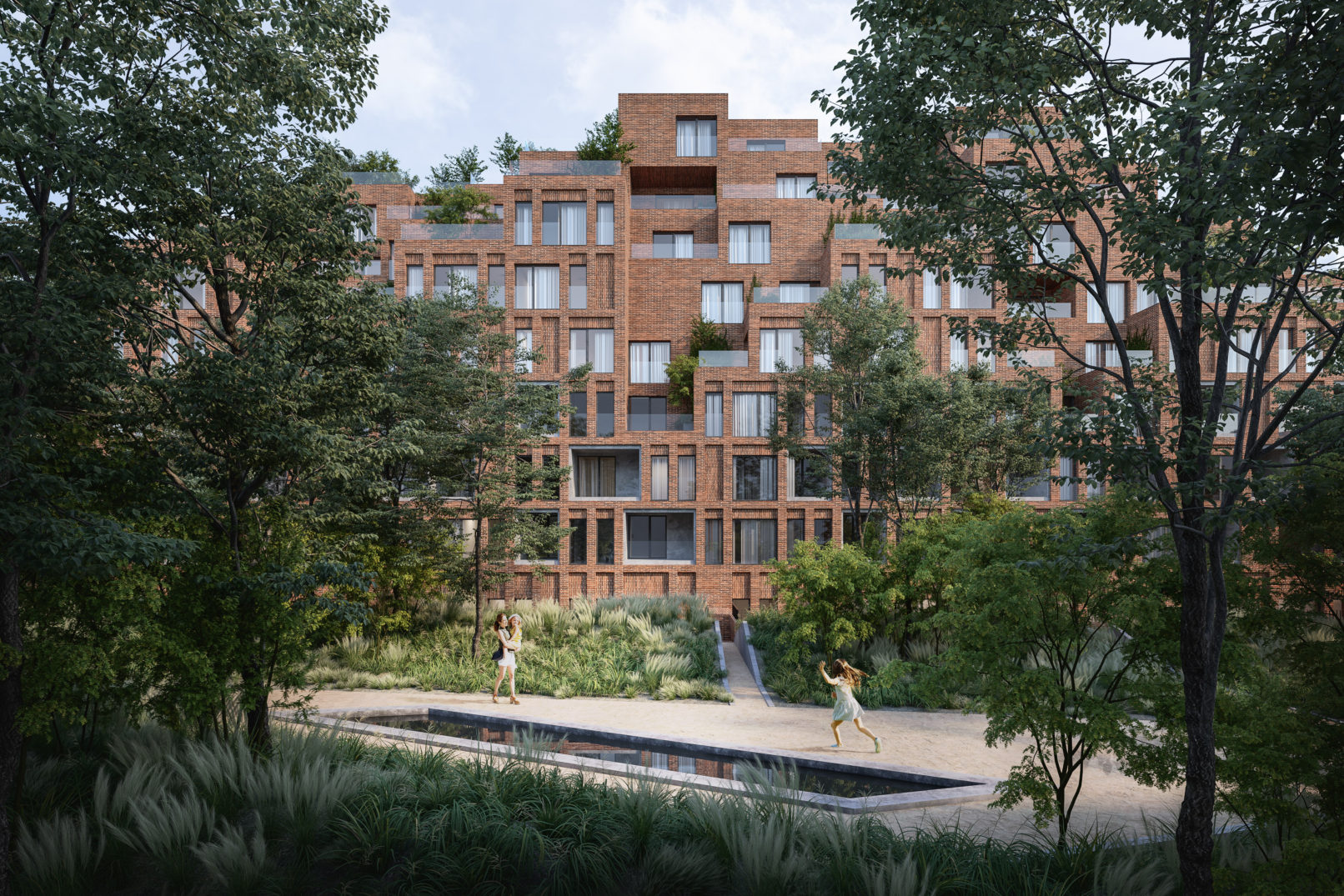 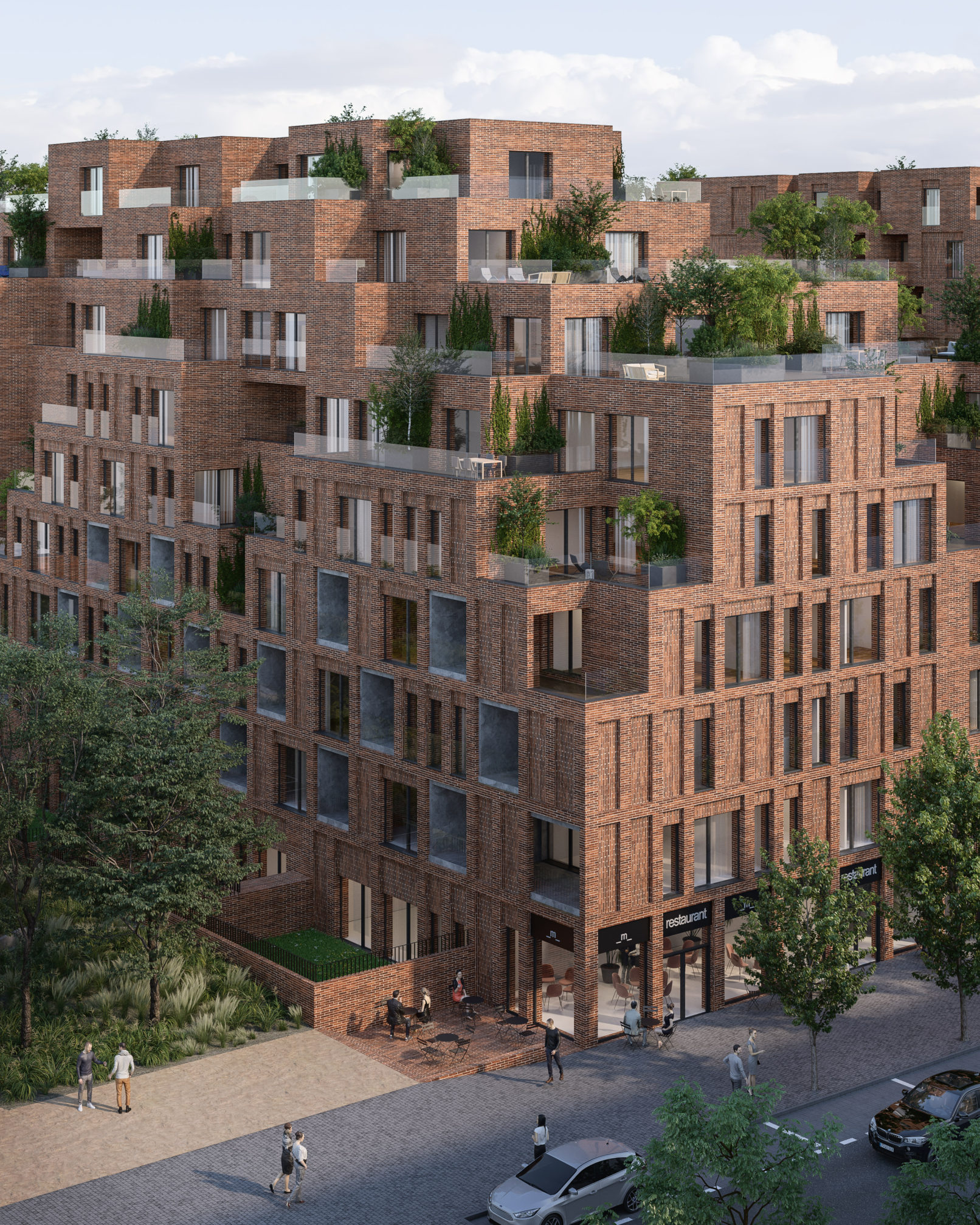 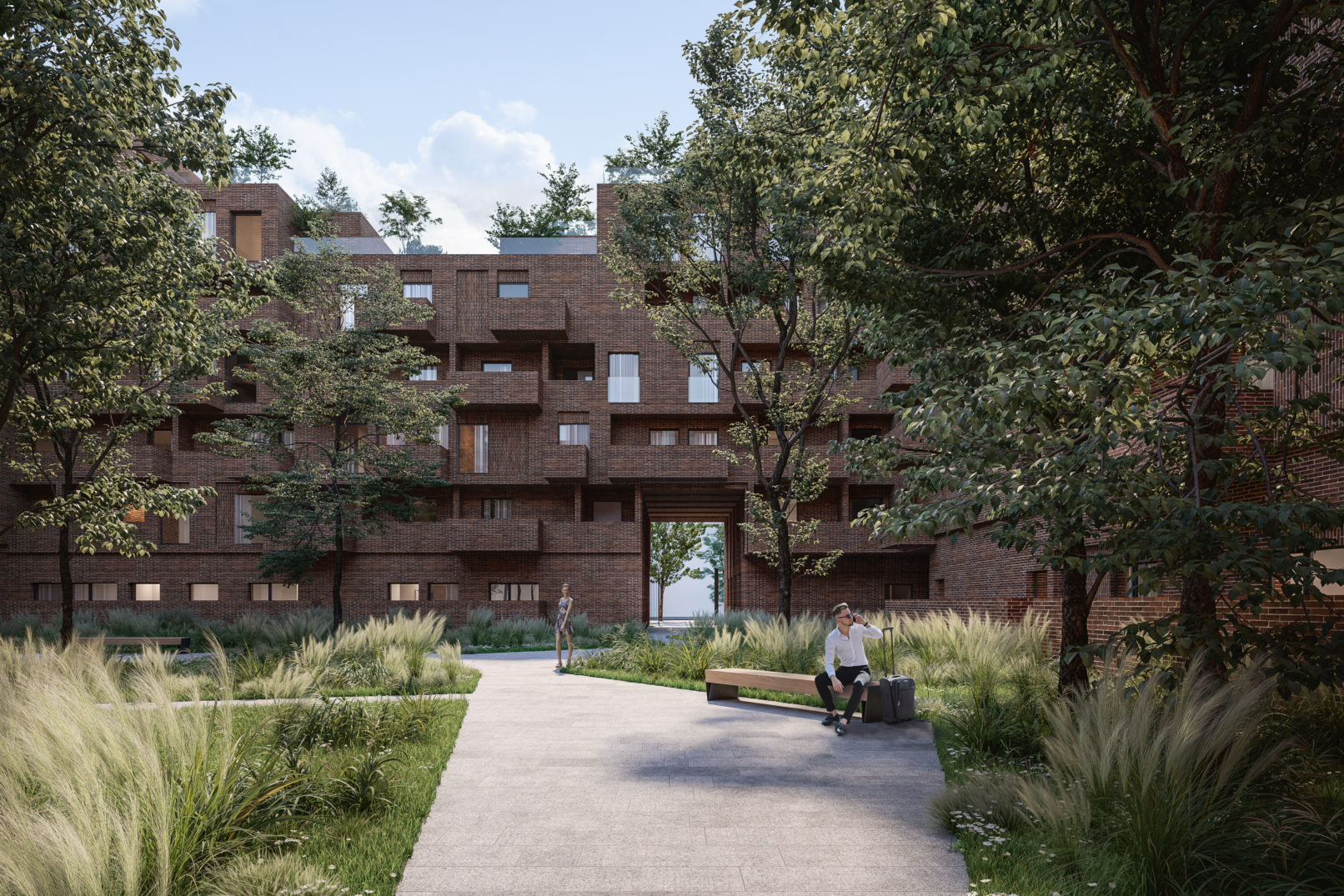 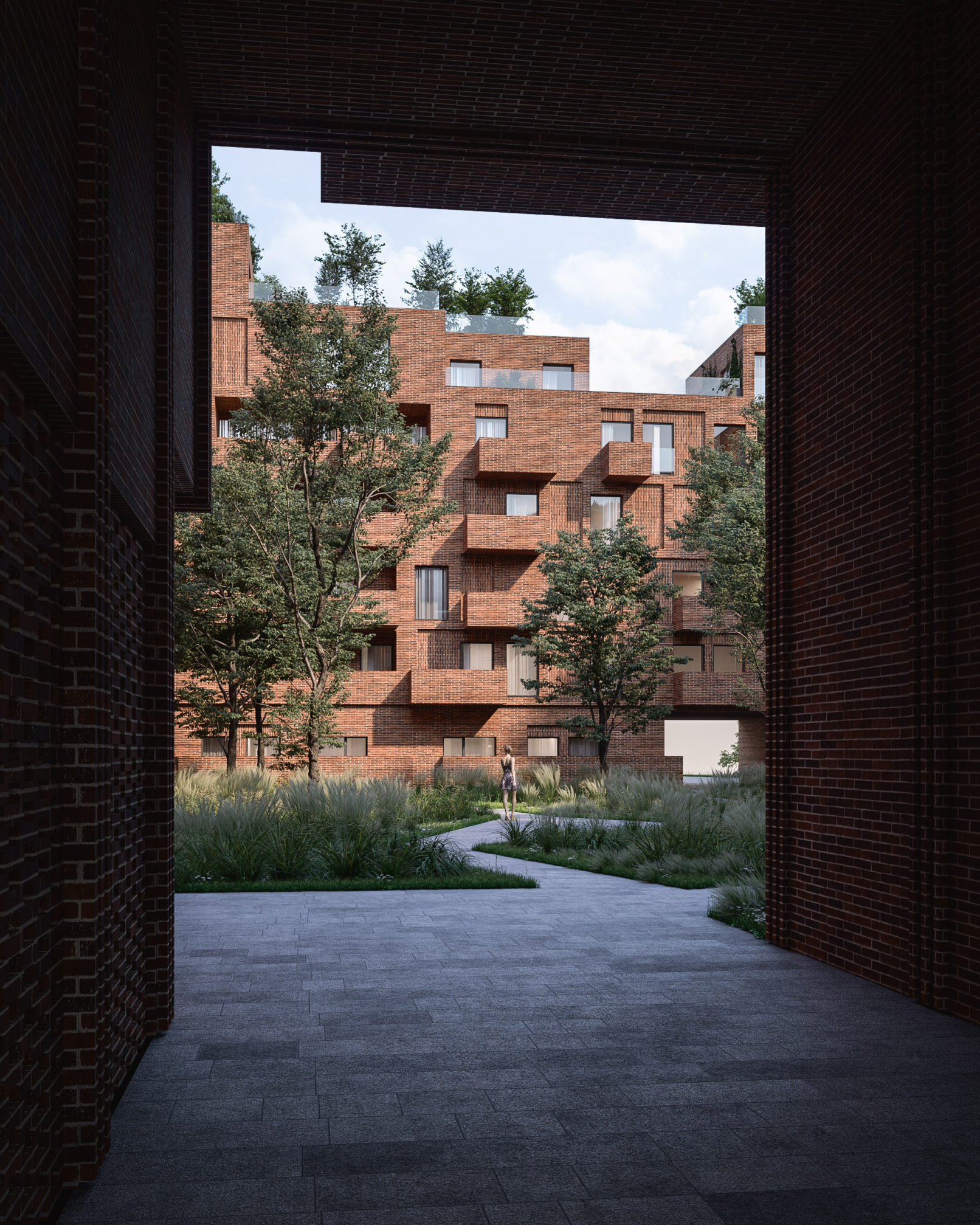