Modernization of a new track Prague Veleslavín – Václav Havel Airport is an important and long-missing connection between the capital city of the Czech republic and the rest of the world. The essence of the connection itself is the main idea of our proposal, on the level of urbanism, architecture and detail.

On the level of urbanism, the railway station is a part of a new linear park of a metropolitan significance, which will replace the existing track to the centre of Prague after the underground track is built. This new green line will provide attractive connection of several recreation areas (Divoká Šárka, Hvězda, Prague castle, Letná, Stromovka).

On the level of architecture, the roof of the station rises above the surrounding terrain. The station is a pavilion in the green park and its side windows visually connect the interior and the exterior. For this purpose, lightweight roof is hovering over the platforms of the underground station and its massive structures. There is a gap of light, a space between these different structures, which brings exterior life and daylight into the station. The roof console naturally shields the platform from the bright sun in the summer months and creates a shelter in the parterre. The seamless shining material of the composite roof construction enhances the impression of levitating matter above the station, while its physical properties allow it to sit on subtle pillars that also form the exterior facade of the station. The way of roofing the above-ground platform and entrances to the station corresponds with the material of the station and its architectural concept and it makes the contrast of the new structures with the existing historical building of the station. The roofs of the station and its entrances together create the impression of pavilions in the park.

This park is designed as a simple public space with tall trees for residents of Prague 6, which is connected to a parterre of new buildings (restaurant, cafe, community centre, gallery, etc.). The passers-by or passing cyclists can also stop there. The theme of the park is focused on maximum utilization of the rainwater. In principle, we propose a linear polder over the entire length of the park, with the plants that can withstand occasional flooding. The water retain in the park as long as possible, where it gradually seeps in and serves as a watering for the surrounding vegetation.

Smaller public spaces are located in the park. These public spaces do not appear empty even with less occupancy. On the other hand, their interconnection and the possibility of using the surrounding green areas creates enough space for larger events (markets, public open-air lectures, concerts). 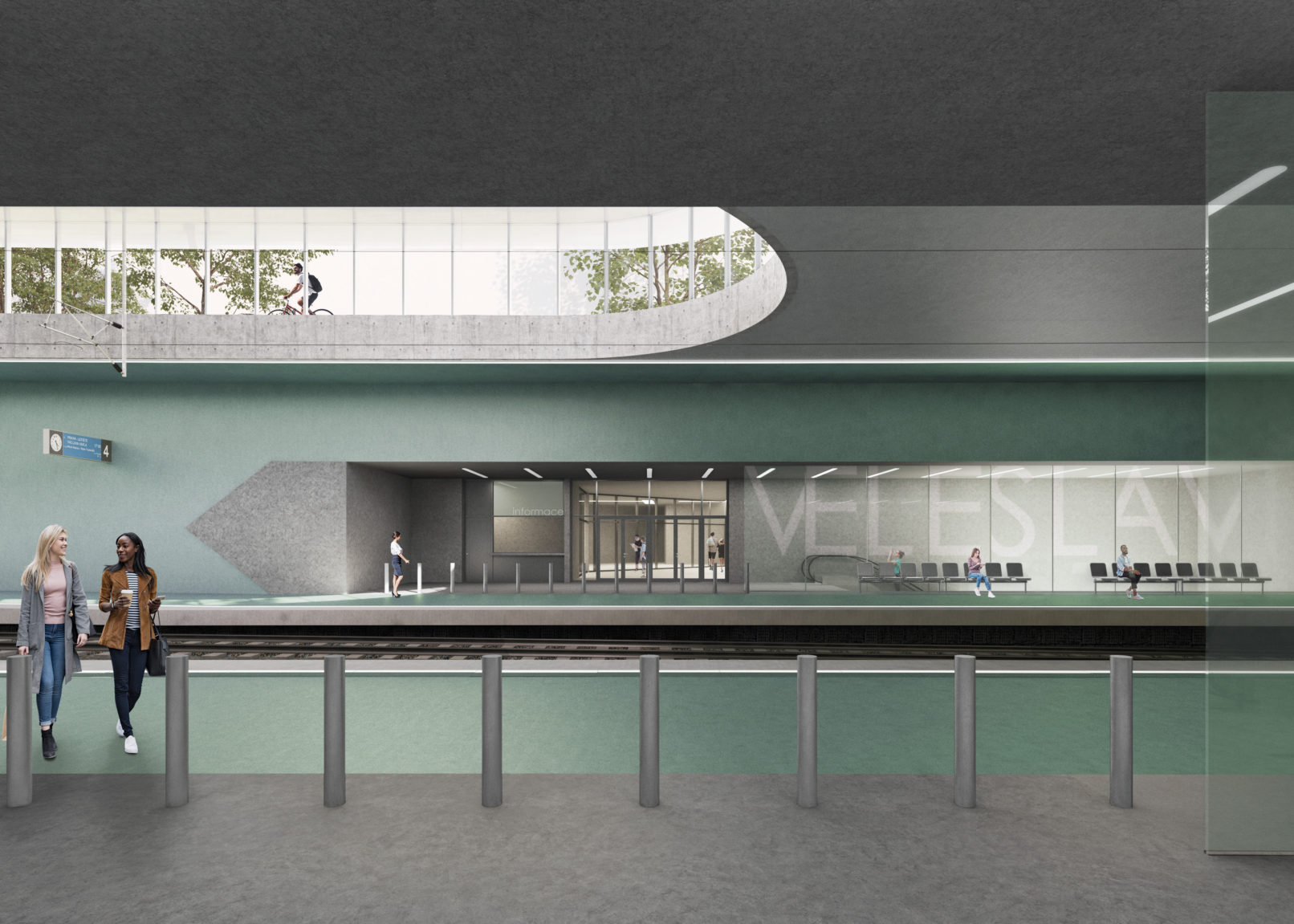 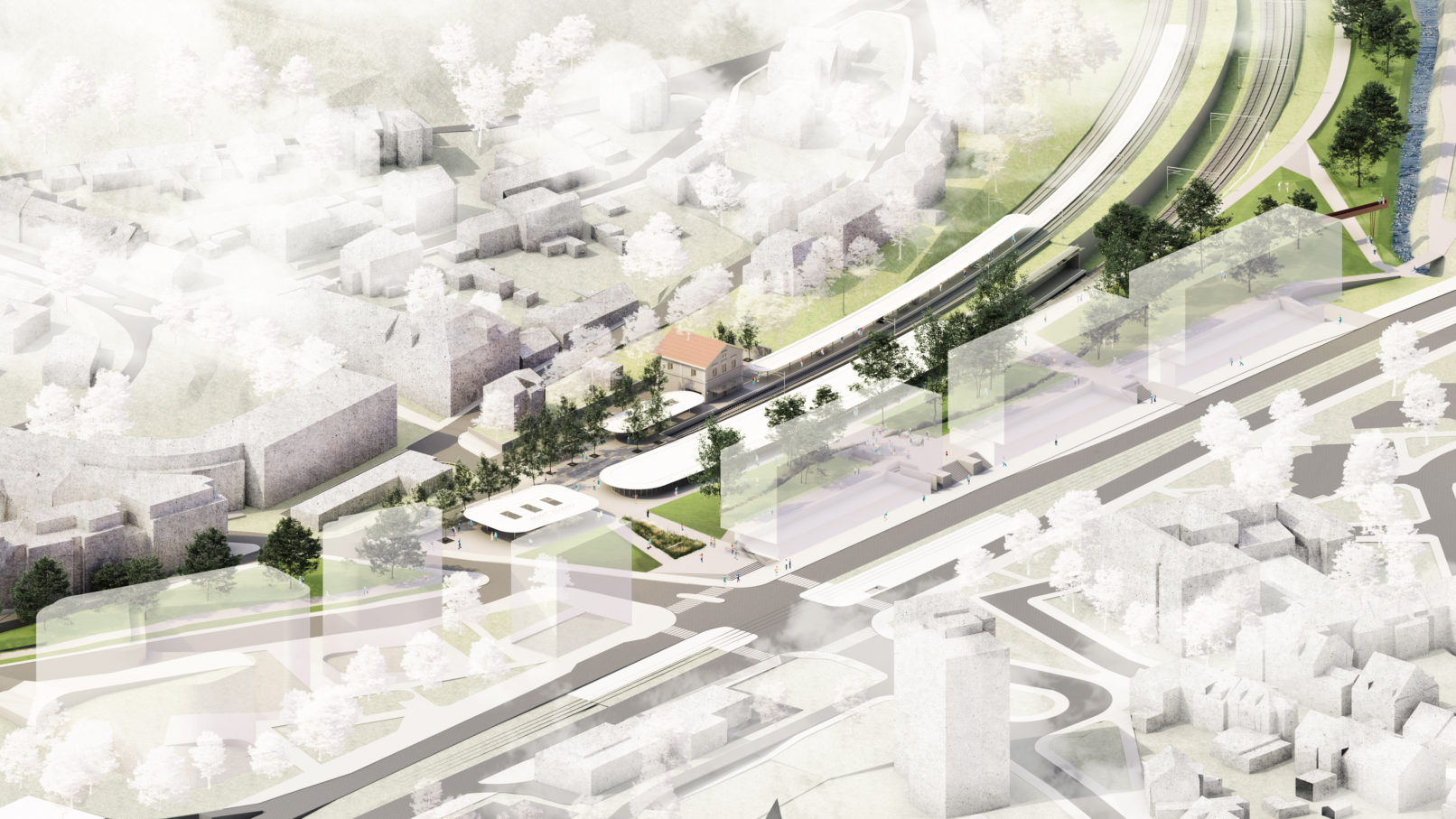 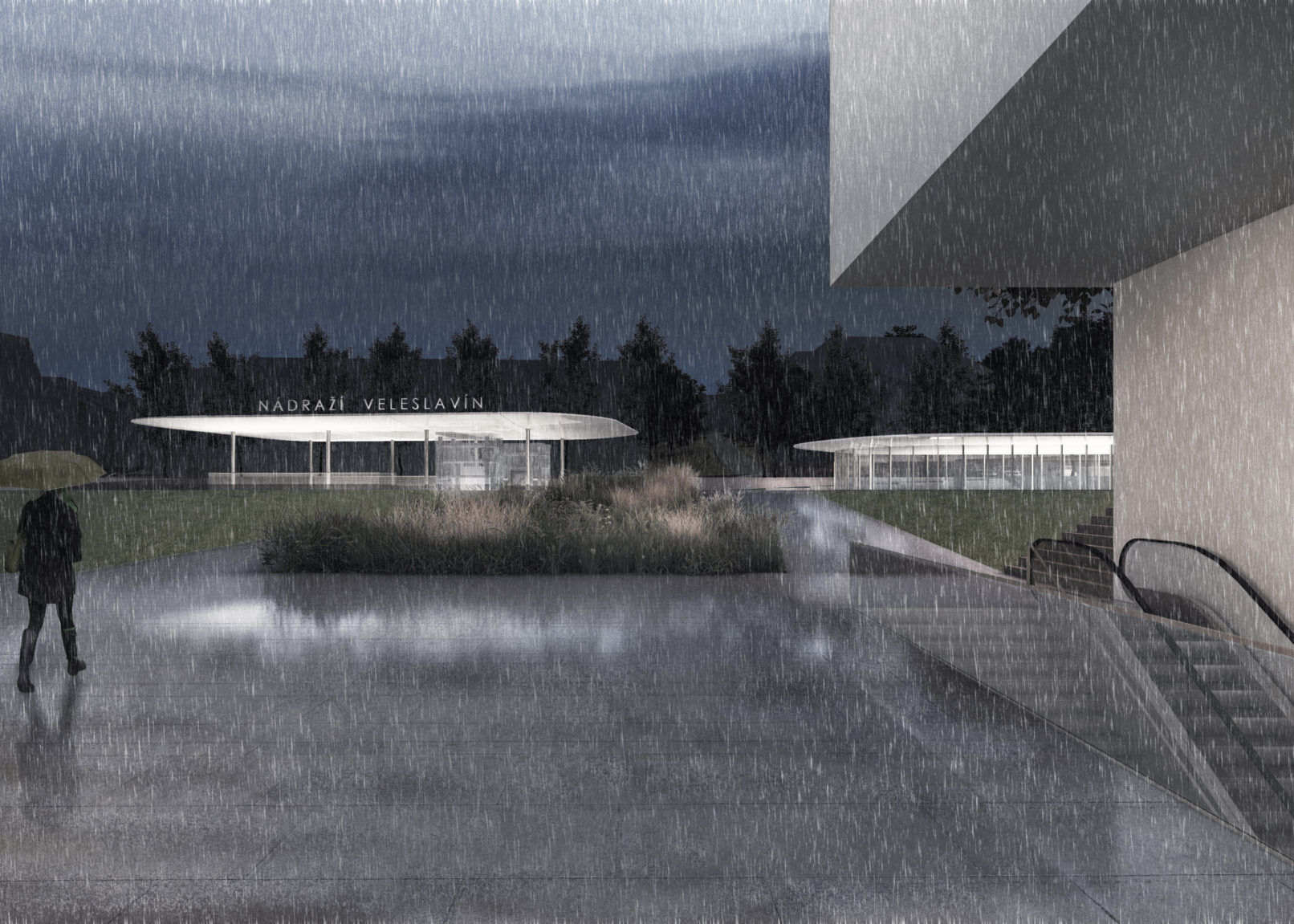 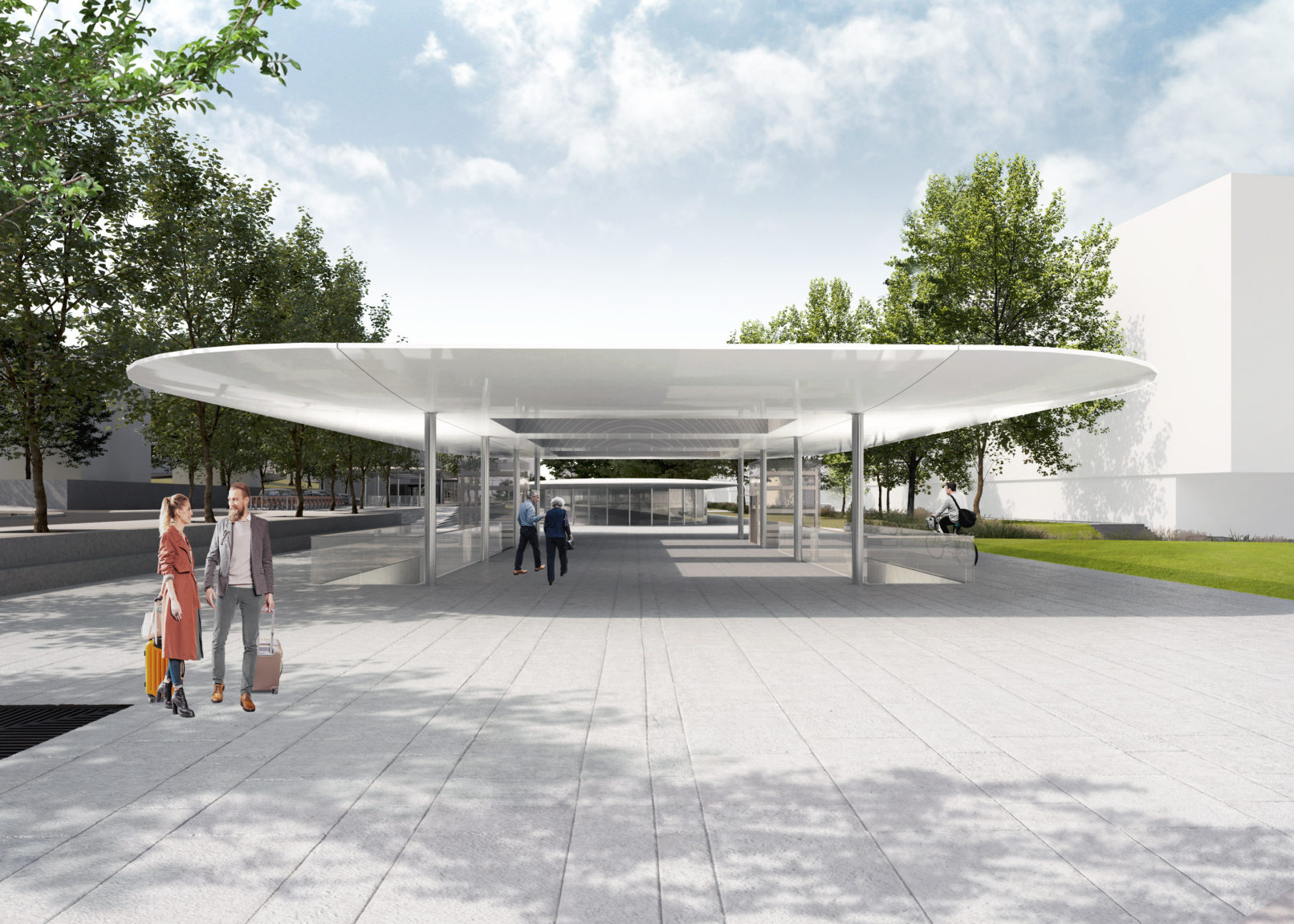 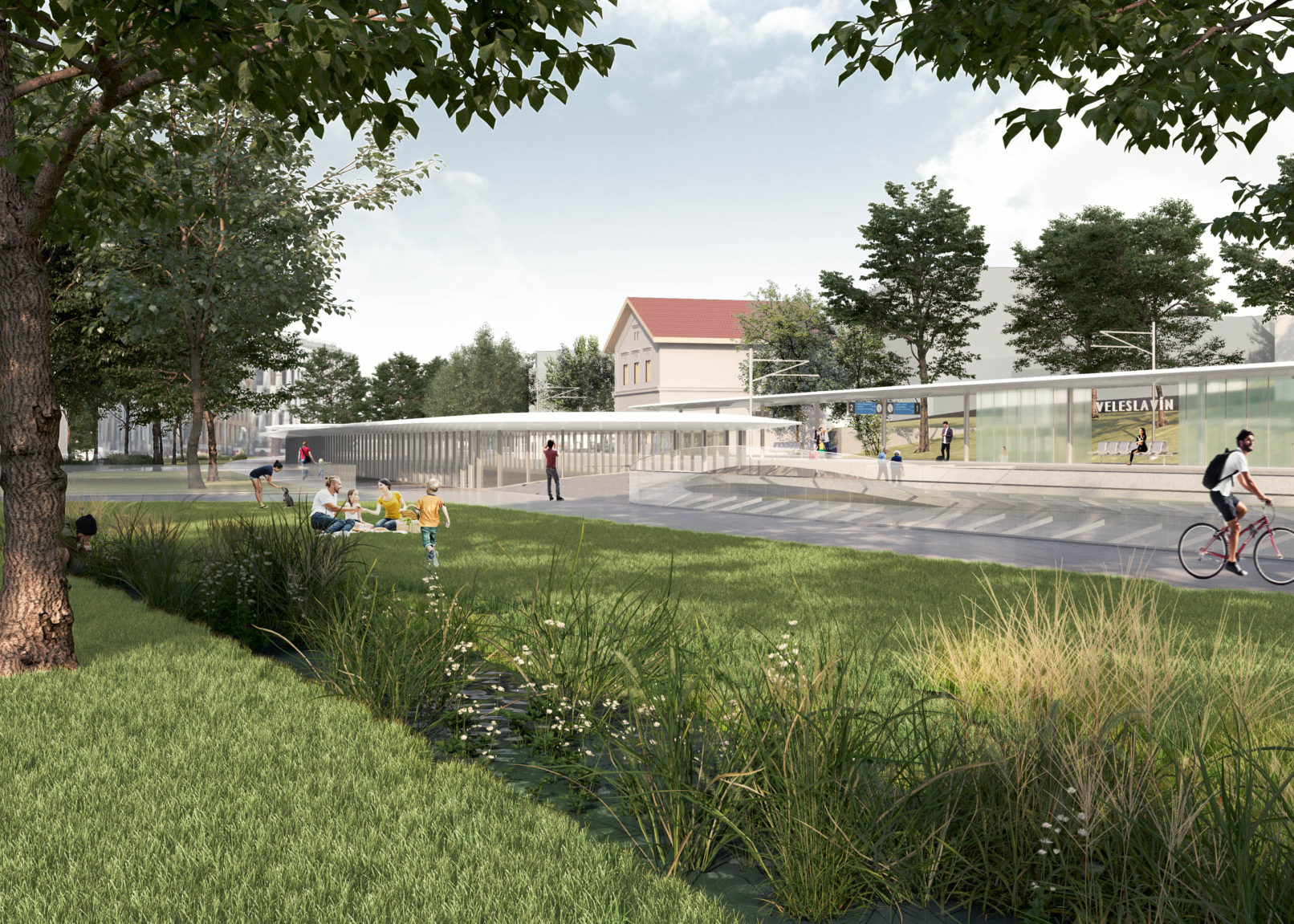 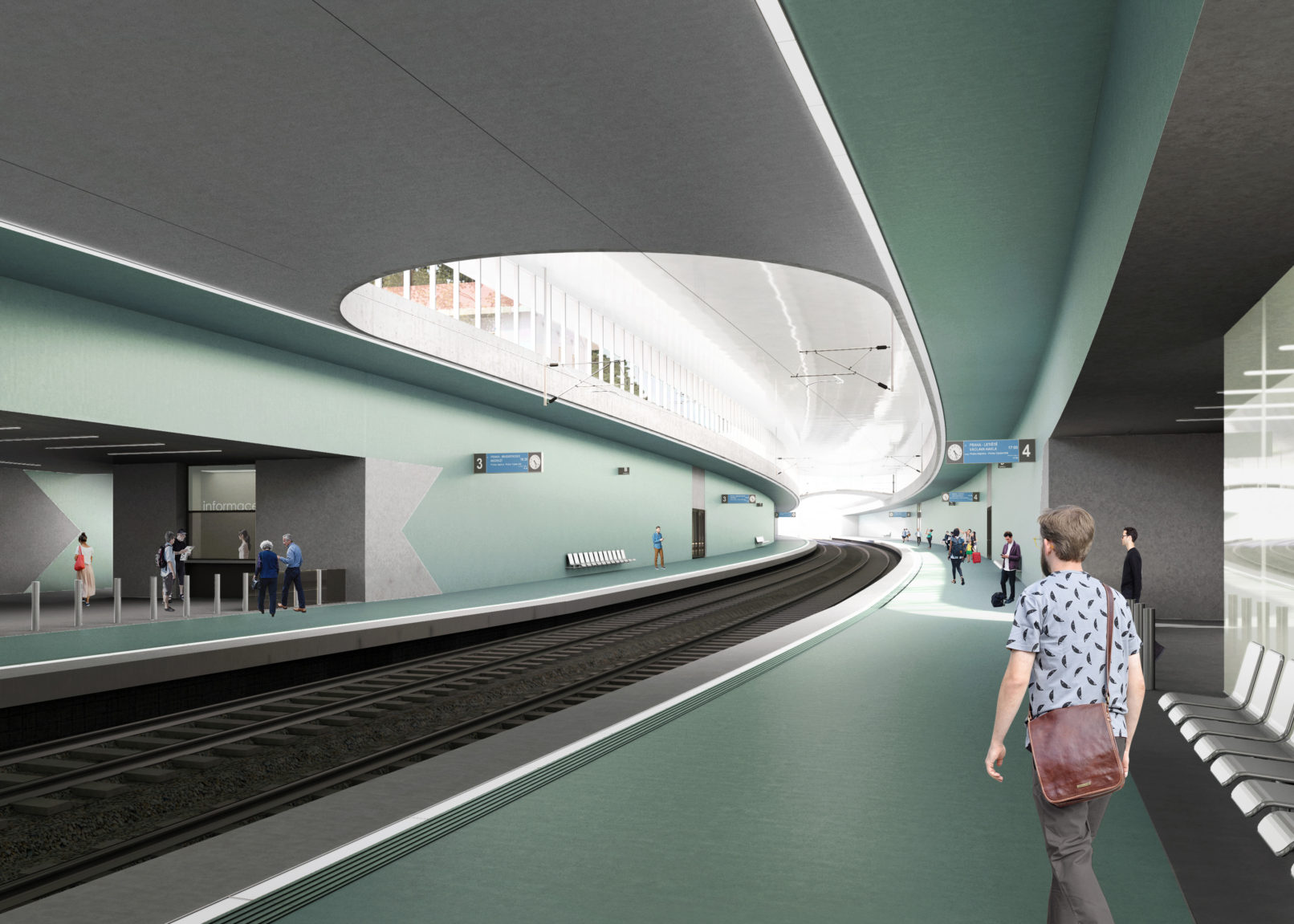 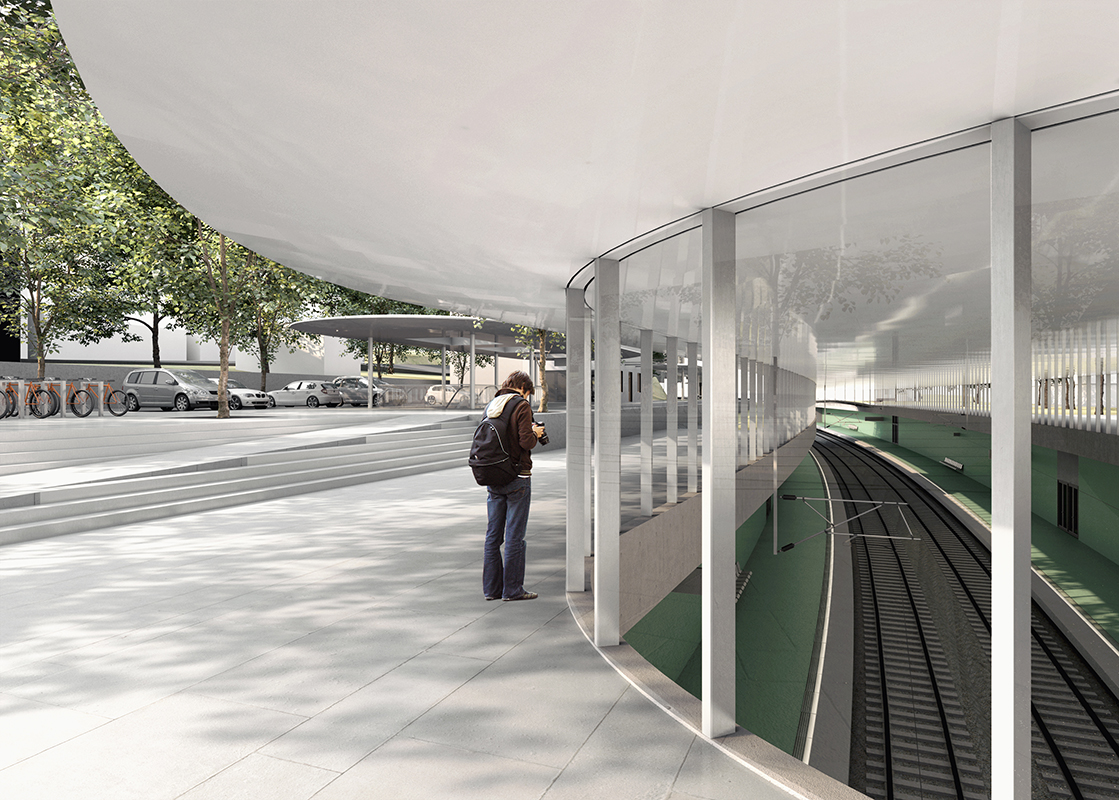 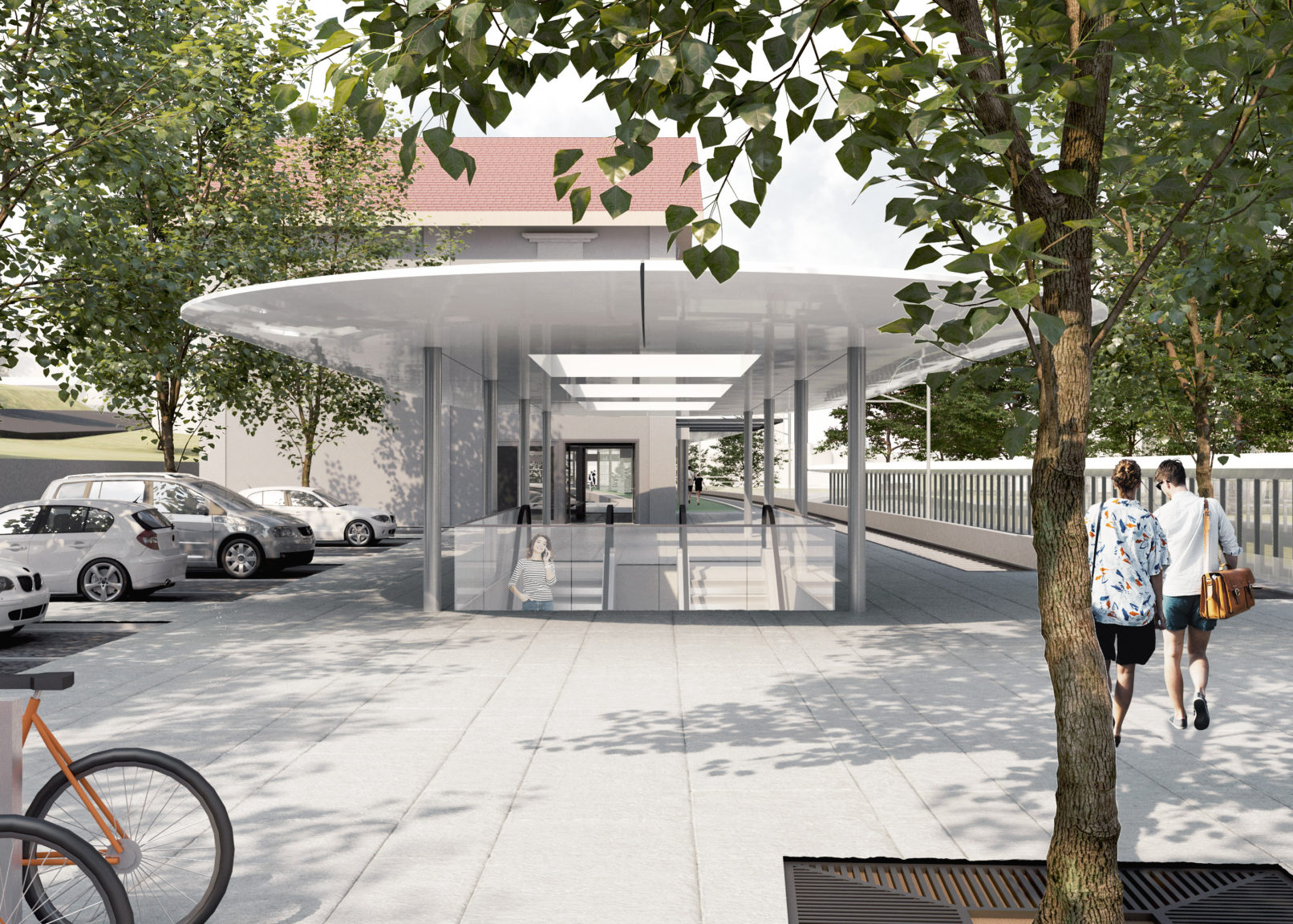 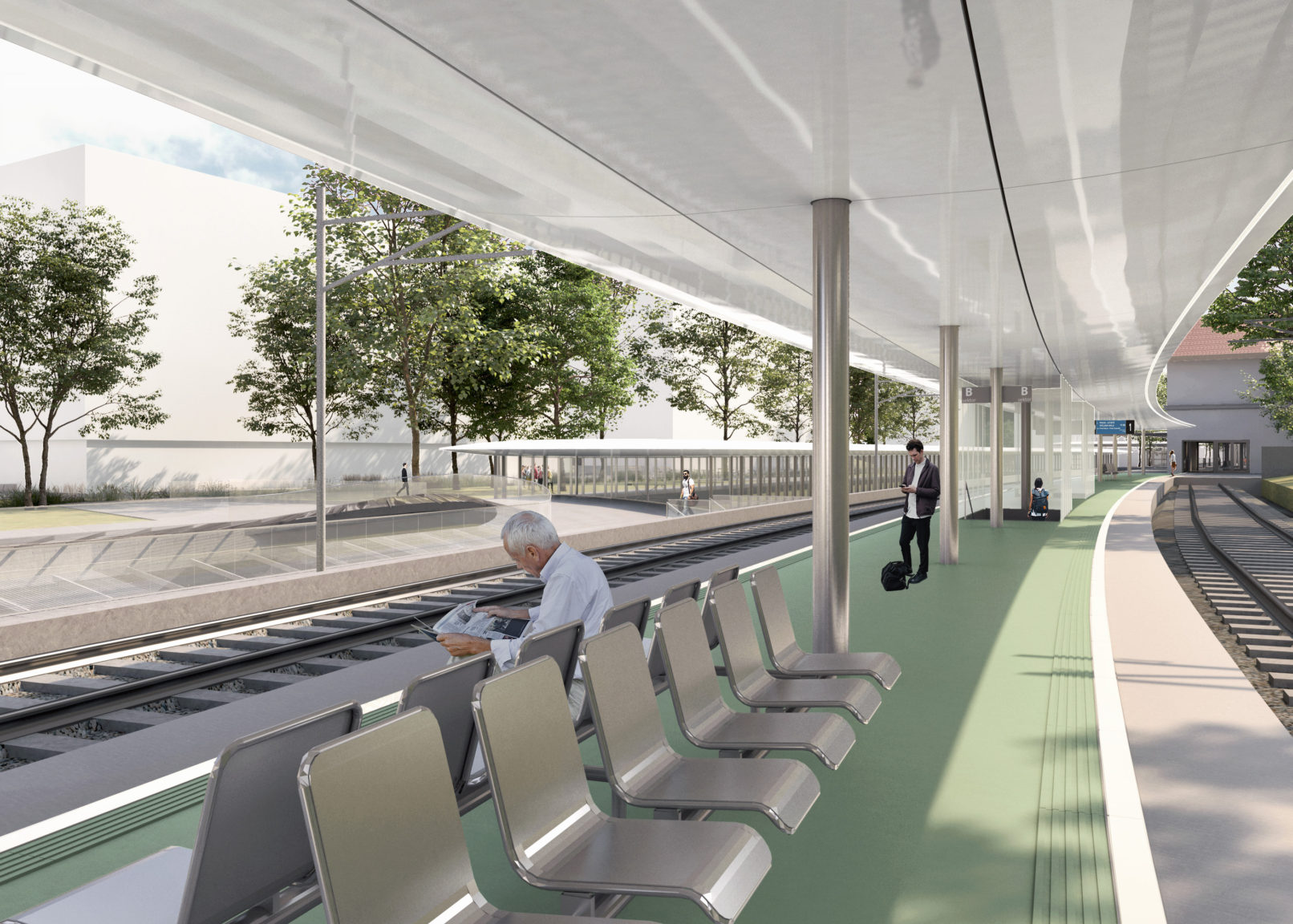 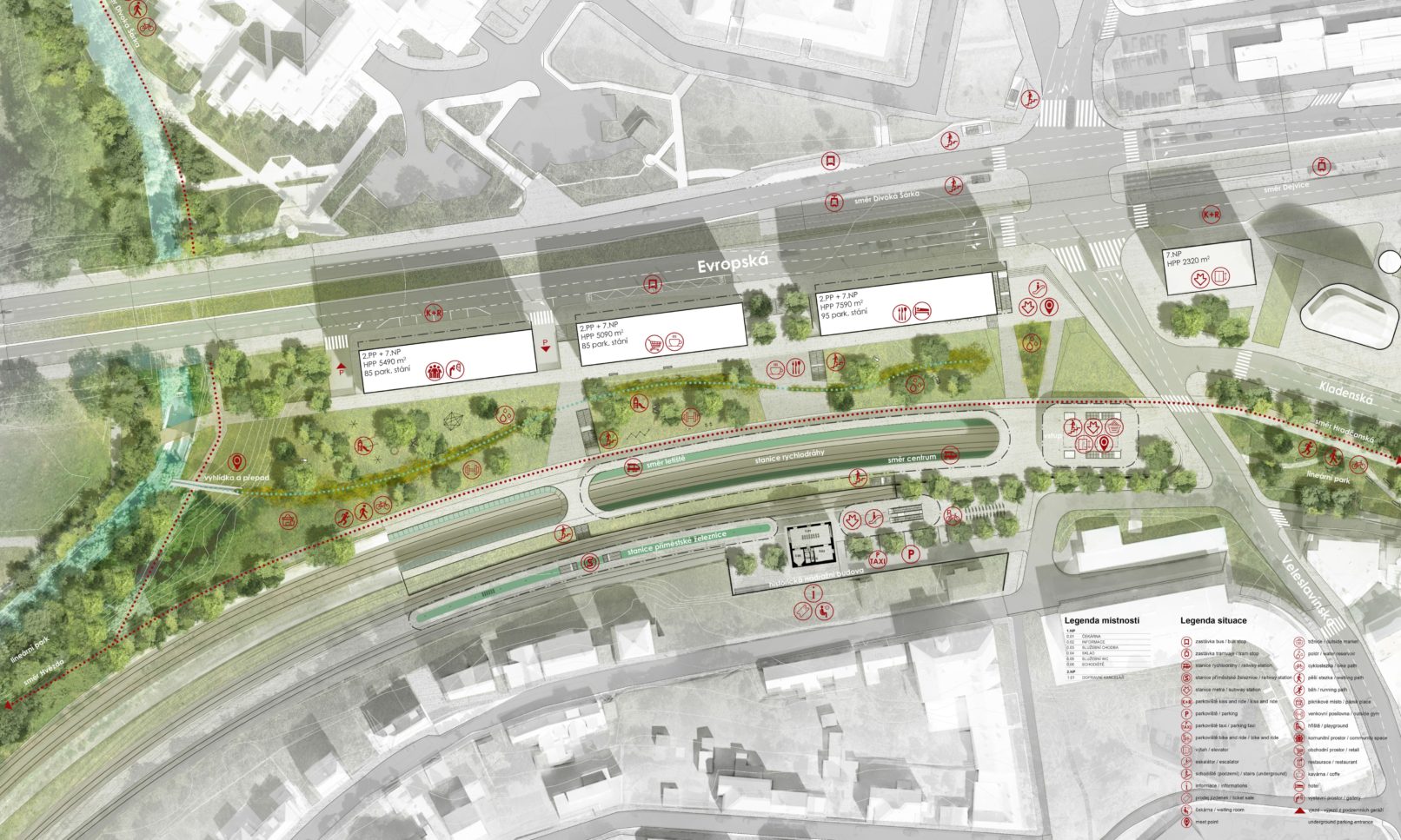 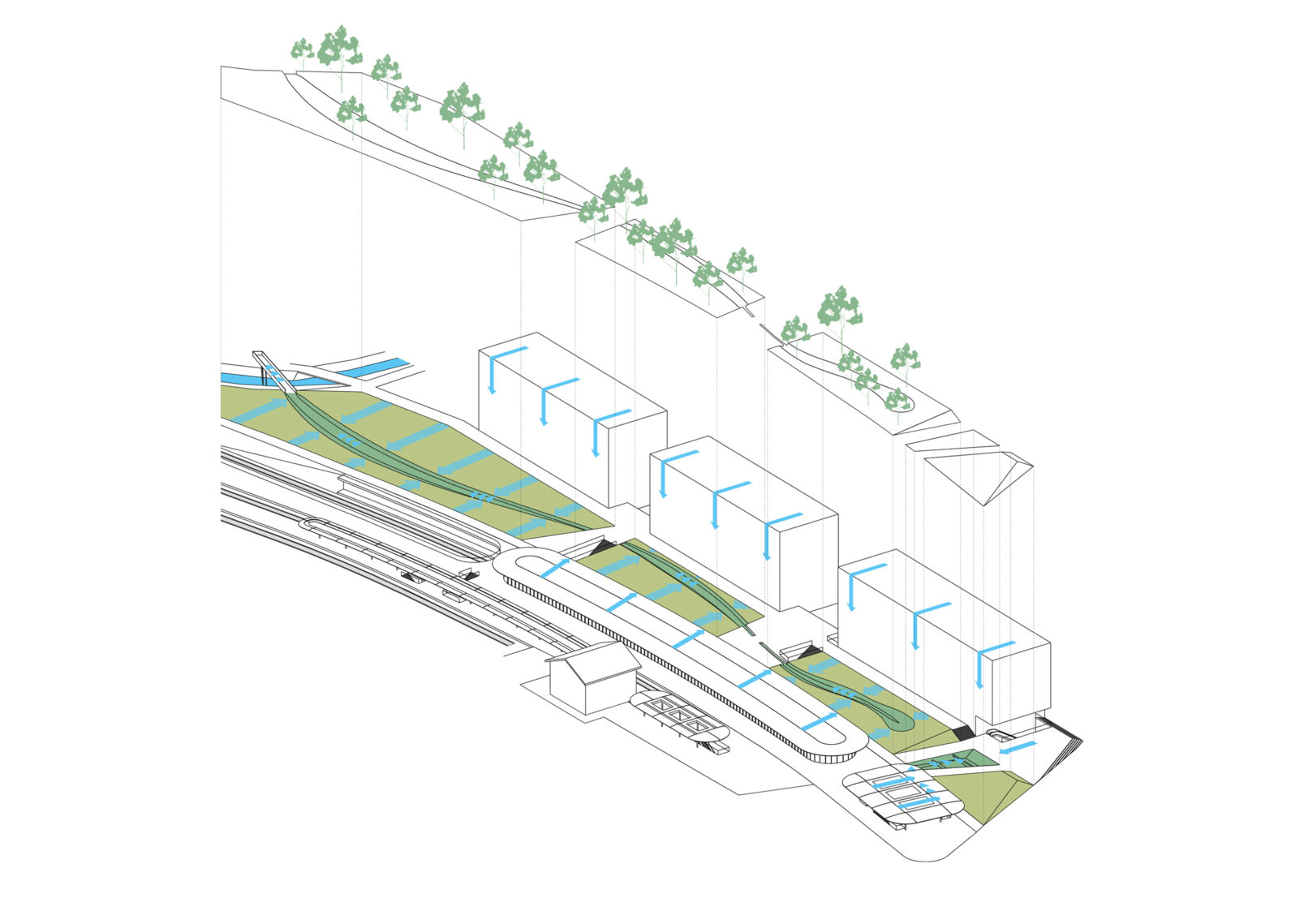 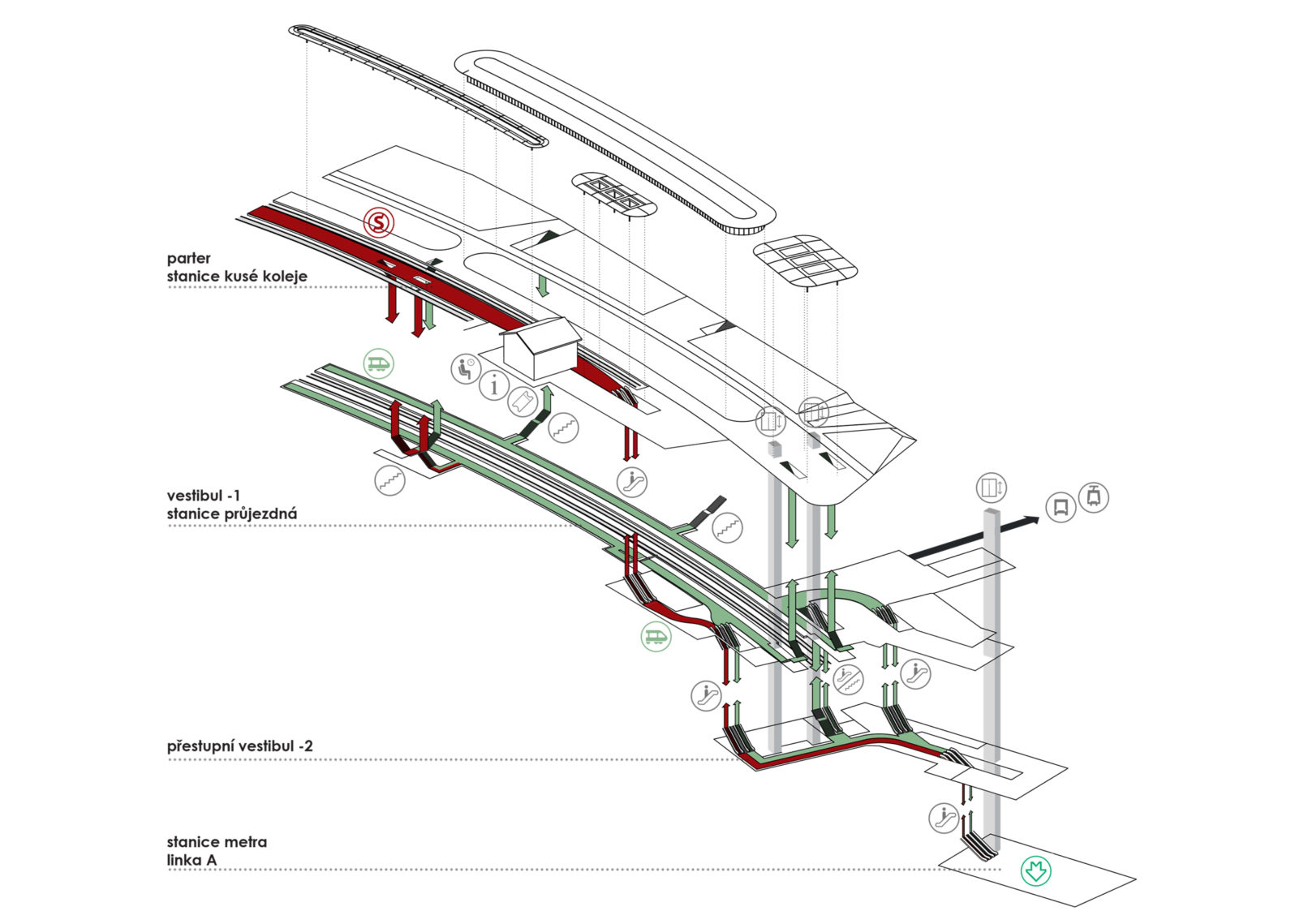